Horn Island and the American Sea 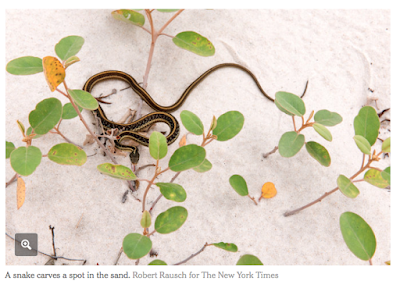 A wonderful story in today's NYTimes.com about Horn Island and southern naturalist painter Walter Anderson.  The story by Jack Davis with wonderful photographs by Robert Rausch, the piece is call An Untamed Island Meets Its Match.  The untamed island being Horn Island, a ten-mile-long barrier island off the coast of Mississippi, and the match being Walter Anderson, the untamed artist who would sail a small boat out to the island with art supplies tucked in a bucket and spend days drawing whatever caught his eye, sleeping at night under his overturned boat.  I've written about Anderson before. 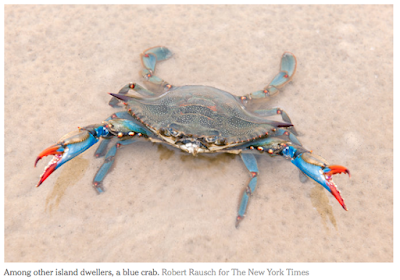 Here is a description by Jack Davis when he visited the island.....

"I saw Anderson’s art everywhere. His lithe brushstrokes are in the flourish of a silvery wind-rubbed tree trunk. They were in the limber sea oats and in snake tracks swooshing up a dune. His warm and cool colors lie across the islandscape and among the animals, alive and dead. To him, the mutating tones of the departed were nature’s art. Death was not a punctuation but a hyphen or em dash in the continuum of life." 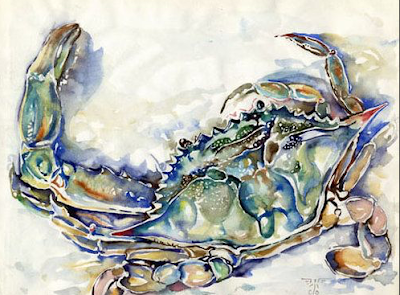 It caught my attention when I saw Jack Davis visited the island while researching a book.  Checking Amazon I came across "The Gulf, The Making of an American Sea."  I have read a couple of books about the Gulf of Mexico and both had, from my point of view, failed.  This one may be the book that finally captures the gulf, from the geology to the weather, the explorers to the artists, fisherman to oil men.  The book's first sentence mentions Winslow Homer, another favorite artist.  I've already placed my order. 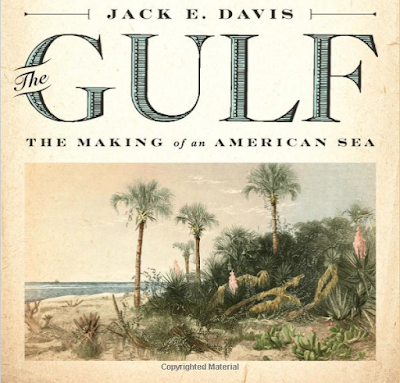 I have been to Ocean Springs, Mississippi, where Walter Anderson lived.  I've walked inside the community center there with Anderson's 2,500 square foot mural about the gulf coast.  I've looked out across the water towards Horn Island.  Deer Island, near the shore, is easily seen.  Horn Island is beyond, farther to the southeast.  I have always wanted to visit the island, and may do so someday in Spartina.  For now this book will have to do.  Walter Anderson, Winslow Homer, the Gulf of Mexico.  Sounds good to me.