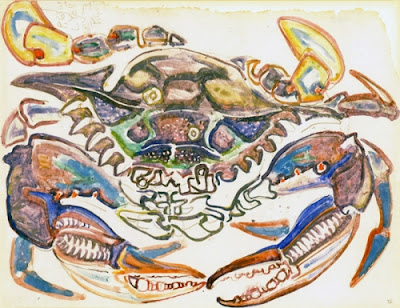 Stuart, of Dabbler Sails, sent an email the other day asking a few questions about the Fuji-X20, the digital rangefinder that I have been using.  As an aside in the email, he mentioned my photograph of blue crabs in a bucket, saying the photograph reminded him of a painting, above, by the southern naturalist painter Walter Inglis Anderson. 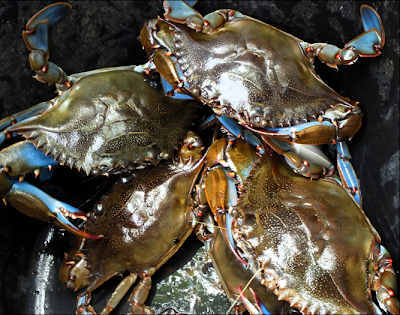 I have been an admirer of Anderson's for years, particularly the paintings he made when rowing out to Horn Island just off the coast of Mississippi.  If you want to read an interesting biography, take a look at "Fortune's Favorite Child, The Uneasy Life of Walter Anderson" by Christopher Maurer.  Creative and compulsive, he painted just to paint, seldom signing or dating his work.  There were times when he would paint on rolls of butcher paper, selling the art by the foot. 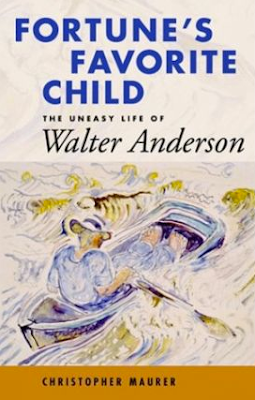 I confess when I was looking at the photograph of the crabs, a Walter Anderson painting crossed my mind too.  It wasn't the same as the one Stuart mentioned, it was the one below.  But I guess I should not get too carried away with comparing my photographs to Anderson's wonderful work. 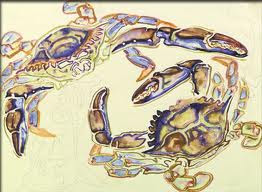 I should and will repeat a poem that I've mentioned on this blog before, one written by Walter Anderson's wife Sissy and included in the biography above.....

William Warner's BEAUTIFUL SWIMMERS
is a book to find out everything you want to know about the Blue Crab...