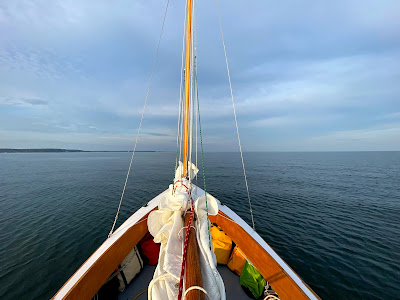 Under power at 7:05 after a peaceful, calm night.  Heard the watermen heading out at 5:00 but did not feel the wakes of the deadrises as they passed nearby.  The forecast shows no wind all day but I want to make my way south. 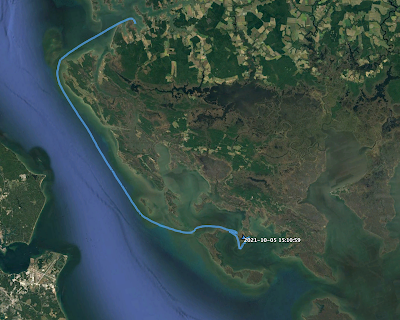 7:40 due south of Hills Point, off Oyster Cove at the mouth of the Little Choptank River at 8:25.  Mizzen up but making no pretense of sailing. 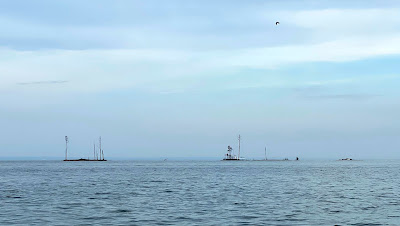 Pass James Island with sadness.  A little over a decade ago it was a chain of three island with solid stands of trees on each.  Now just tiny remnants of the islands and dead or dying trees remain. 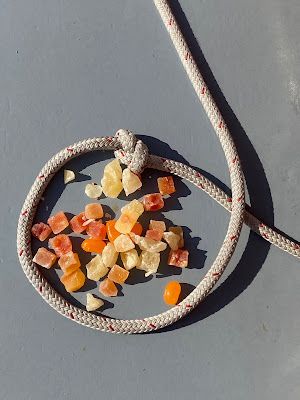 Refuel at 9:40 and take note that SPARTINA has covered 11.16 NM under power with a single tank of fuel.  I do not like to motor but that is good information to have on hand. 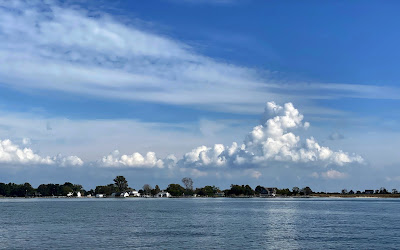 Off what I call the Bamboo Channel at 10:35 just north of Barren Island.  The old channel, now silted in and marked with warnings signs, once gave direct access to the north end of the Honga River.  Local waterman may know the passage through the shoals but I don't.  I continue south past Barren Island, refuel a second time, then turn SE and across the shallows to the bridge that connects the the island of Fishing Creek to the north and Middle Hooper Island to the south.  I think I feel a little breeze. 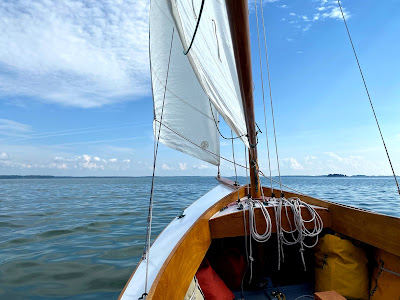 Under the bridge and on the Honga River at noon.  And some wind arrives.  Full sail.  Making just 1.9, very pleased to be sailing.  Off Smoke Point at 1:00, an old decaying house is tucked behind the marsh grass next to a dead tree on the point.  Making 1.8 at 1:30, tacking south, sometimes losing ground, but enjoying a fine afternoon. 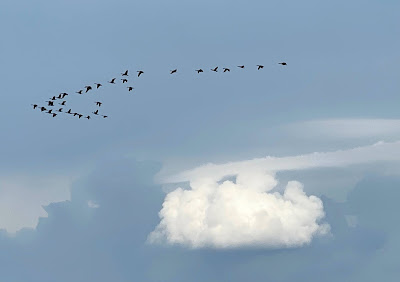 2:10 skirting the marsh approaching Windmill Point, jibe at the point and sail along the shore of Asquith Island. 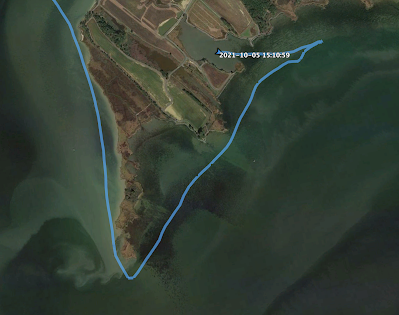 Turn back to the pretty little basin just off of Paul's Cove.  Anchor down 3:05.

Nice day even with no (or very light) wind. And that places looks to me so special.

Enrico, I had meant to tell you that at the small craft festival in St. Michaels there were a couple of Goat Island Skiffs and they made me think of you and Lorenzo. Great looking boats! Steve