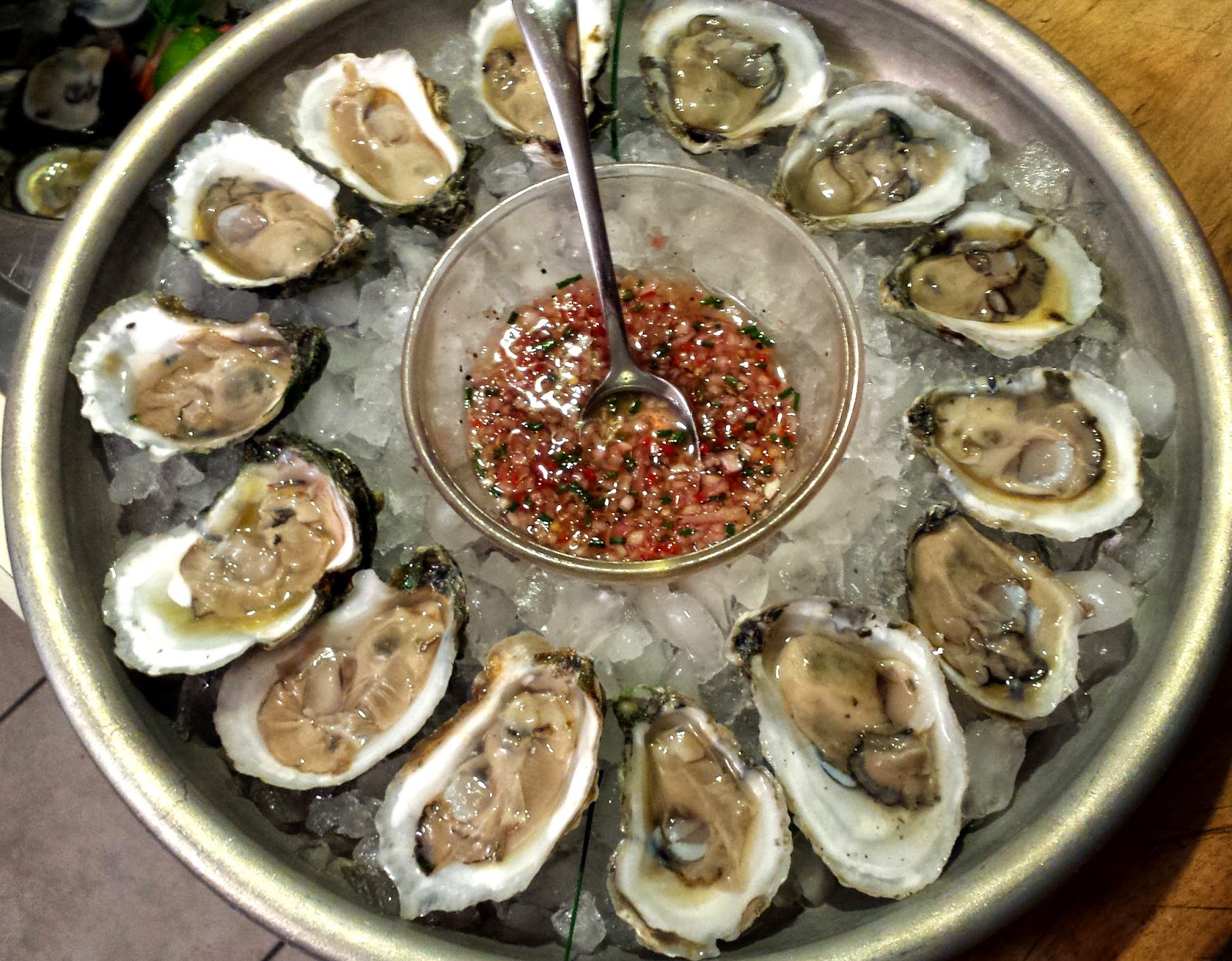 Two months in a row now with an "r" in their names, which means oysters, which means emailing back and forth with my chef friend Dave, also known as BayDog.  This past weekend I told him about a batch of clams I picked up for steaming Saturday night, plus a batch of oysters for making a dish that Dave created a few years ago for Sunday night.

He responded with photos of his recent oysters - old salts from somewhere seaside (I'm guessing) and also some baysides from the Choptank River - and mignonette sauce, which he describes as being made of vinegar, shallot, ginger, chives, red chile and cracked black pepper.  He also describes it as obscene.

And along with that he had shrimp pico de gallo, below, smoked salmon and sliced tomatoes with mozzarella cheese.  "What's the occasion?" I was tempted to ask, but then realized that Dave never needs an occasion just to have some good food.  Thanks for sharing photos and recipes Dave. 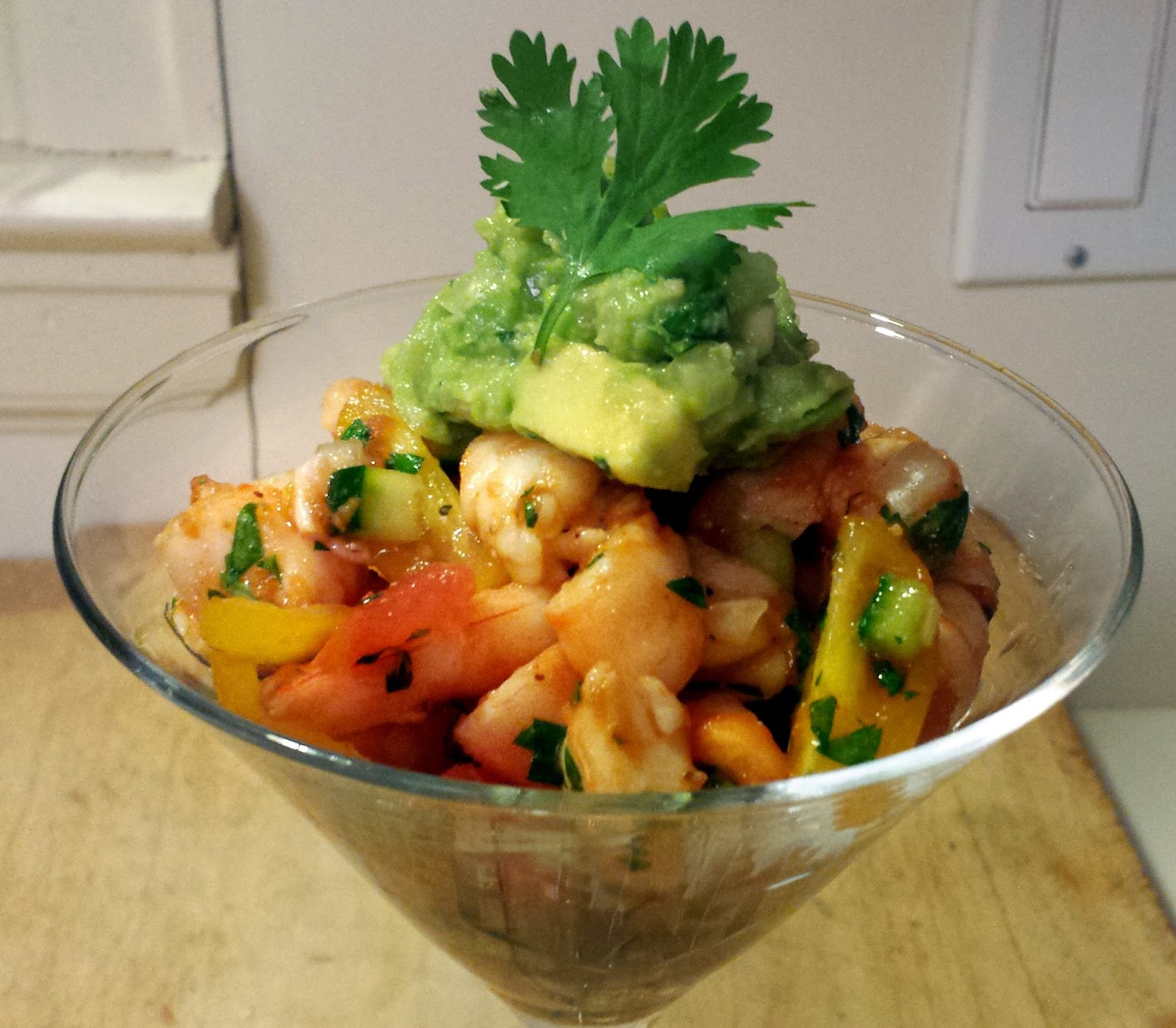