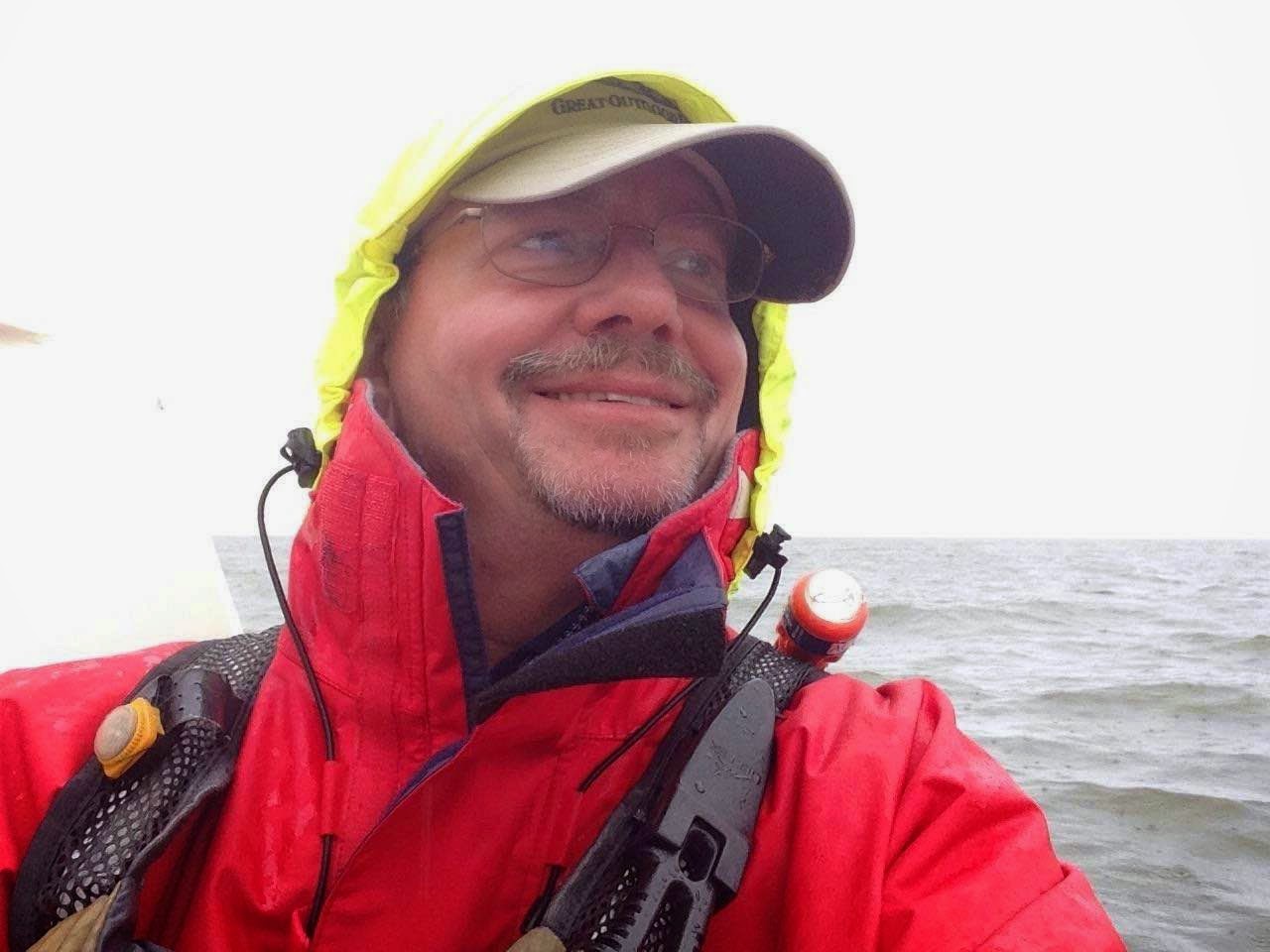 I realize now that I left out an important fact about Paul and Alan's Pamlico Challenge Watertribe race on board Dawn Patrol.  Paul was much too modest to mention it in his race report, but I should have checked the race results.   They came in first place with a finish time of 3 days, 8 hours and 45 minutes, finishing 2 hours and 12 minutes ahead of second place.  Well done! 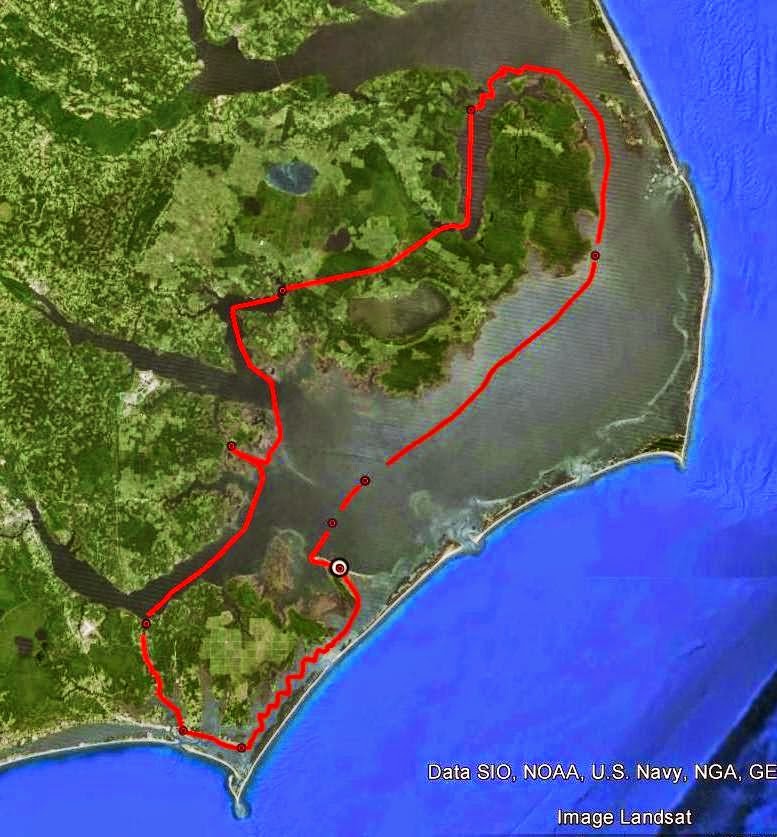 I look at the track to find myself amazed and envious for the 47 nautical mile sail up Pamlico Sound.  Very cool. 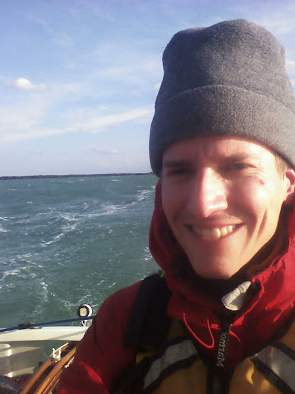 And to the north Kristen, aka Kiwibird, tells me she won a blue ribbon in the women's kayak race at the Chesapeake Bay Maritime Museum's Mid-Atlantic Small Craft Festival. 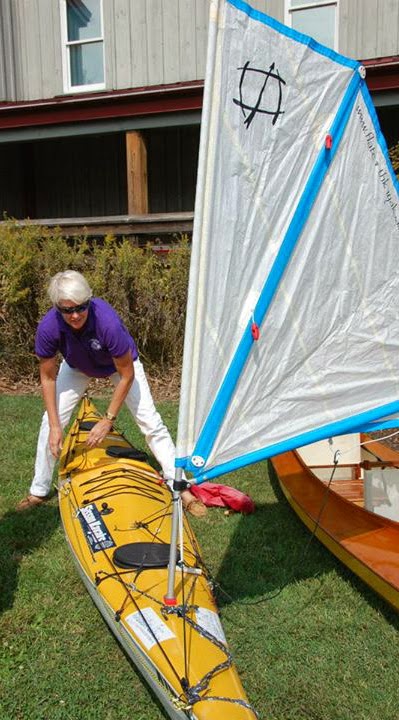 Kristen winning a kayak race....so tell me something new.  She points out she has a reputation to uphold.  She is, after all, a record holder for the for the Watertribe's Everglades Challenge.

Surrounded by water at St. Michaels, I think Kristen is spending a fair amount of time out in her kayak.  The watertribe better watch out for next year.
Posted by Steve at 9:03 AM

Thanks, Steve. Sailing with my boat-building son, Alan, is always high adventure and a special treat in many ways. I continue to learn sailing from him. We also had a great time hanging out at the Driftwood motel/restaurant at Cedar Island Beach with gathered Watertribe folks before and after our 255nm adventure. We finished our race in time to greet those who came for the other race (90nm around Cedar Island) and then cheered them on at bridges, at the Beaufort checkpoint and at the start/finish line on Cedar Island.

At the same time, I was reading your latest trip reports and noticed that the high art of your cruising adventures is worlds apart in its richness of experience compared to our hasty adventure. We zipped through equally amazing coastal places but never stopping to smell the roses, mostly non-stop day and night, a little sleep-deprived, and it all passed too quickly. In contrast, your many cruise days were packed to the gills with a wealth of exploration, photography, drama, fishing, cuisine, humor, people, places, history and literature.

Thank you for sharing. Your sailing and posts are an inspiration; meaning, we all need to schedule more cruising a la Spartina.