something about Sweden and being sunk in the mud 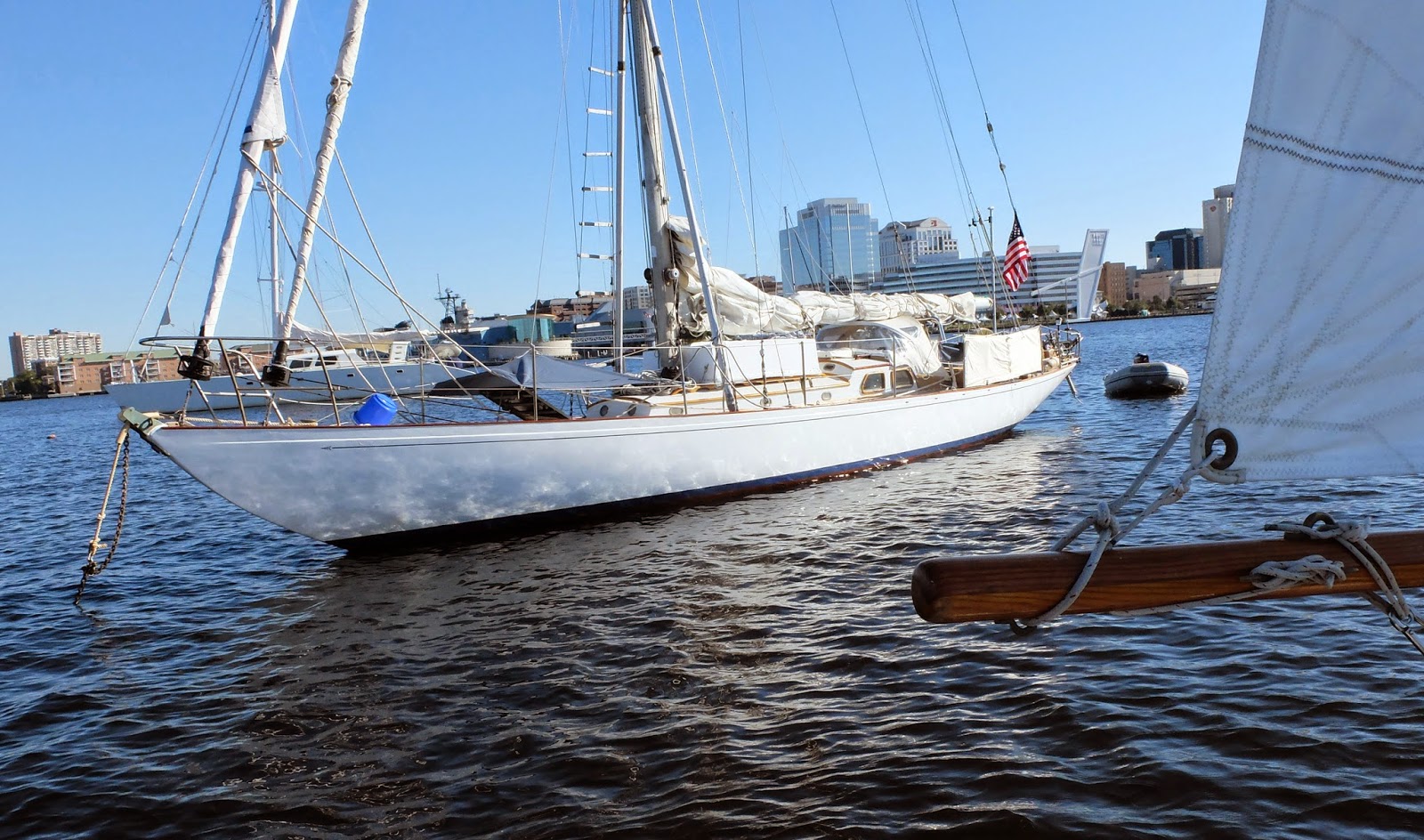 It was a snowbird kind of day on the Elizabeth River, deep blue skies and wind that came in puffs from the west and north.  A nice mix of cruising boats was anchored in Crawford Bay on their way south for the winter, myy favorite being the sleek Tango II out of Martha's Vineyard.  No sign of life when I passed by in the morning.  Coming back upriver we sailed by and there was a young man aboard.  I asked him about the boat but he did not know much, he was just on board to to watch the boat for the owner.  He said all he knew was that it was from Sweden and something about being sunk in the mud during World War II.

A little research on the internet reveals that Tango II was buried in the mud in Norway during the war to hide her from the Germans.  Owned by an apparently very colorful man by the name of Jim Green, she has done three circumnavigations.  The stories about the owner include a history of wild partying on St. Barth, lots of champagne, a famous actress and Jimmy Buffet.  I wish the owner had been aboard today. 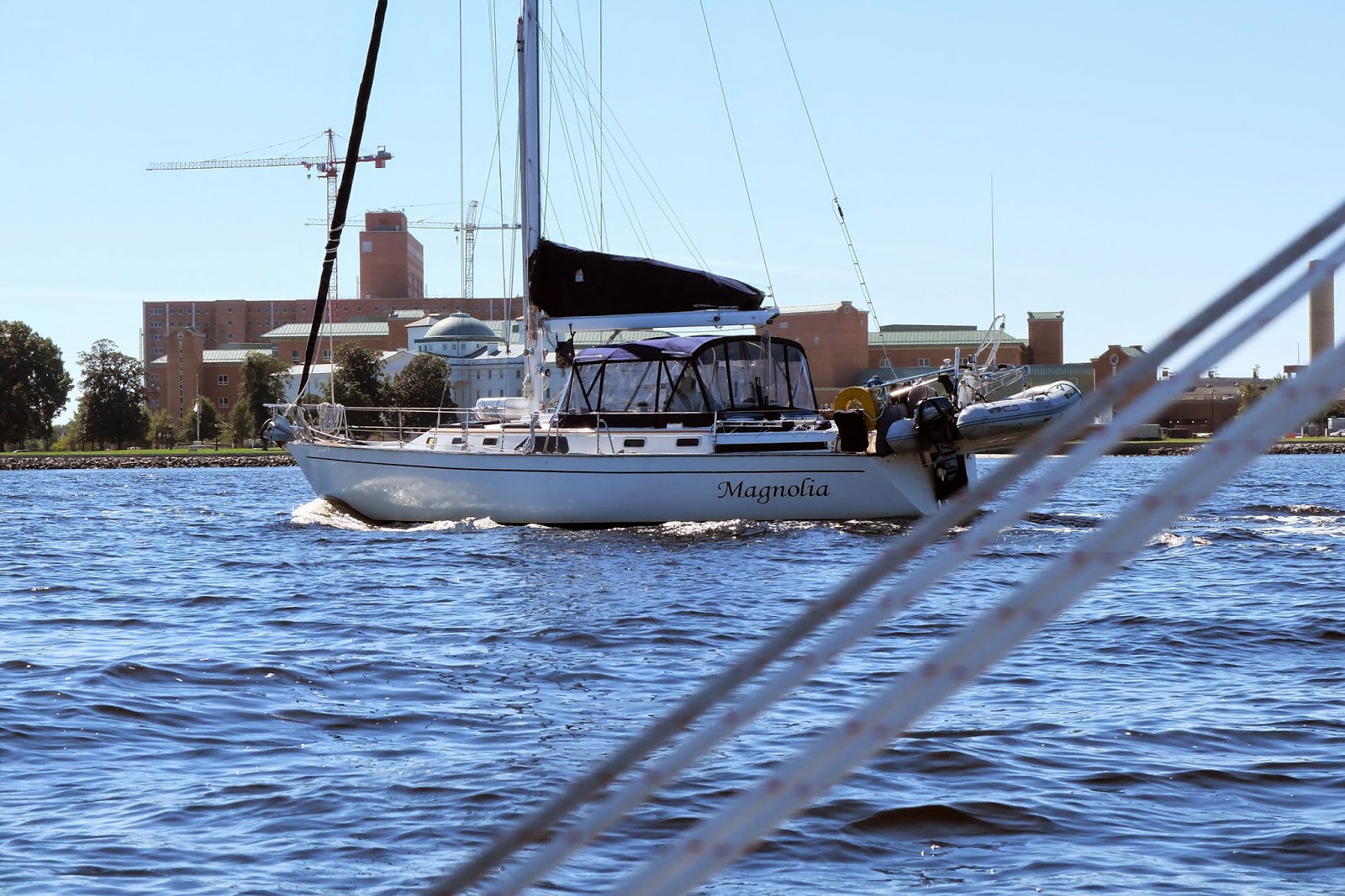 Magnolia arrived mid-afternoon, waves from the crew aboard. 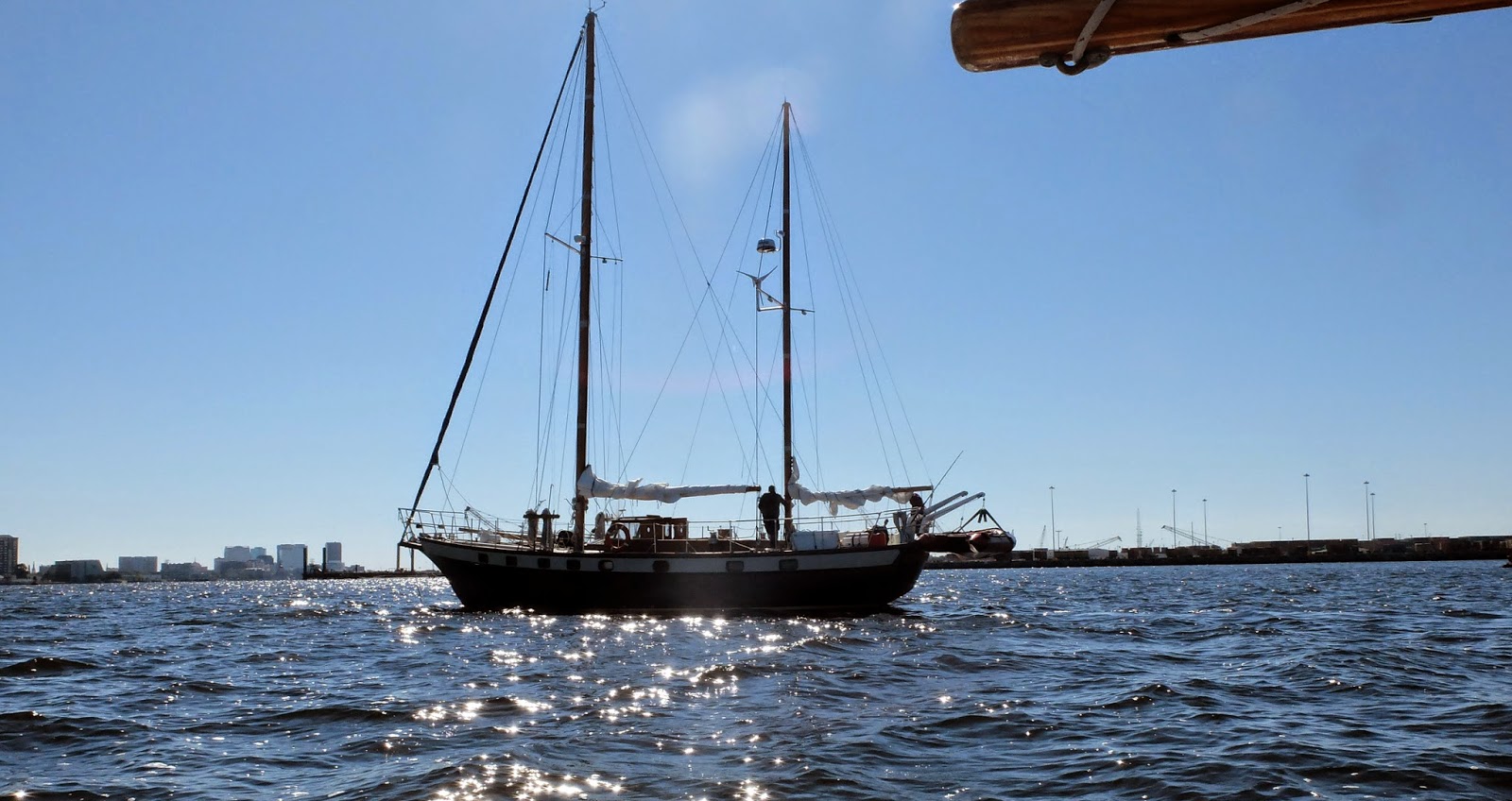 Asperida out of Miami was anchored in an unusual spot off of the old Portsmouth container port, the captain seeming to busy be straightening out the many lines on board before continuing south on the ICW. 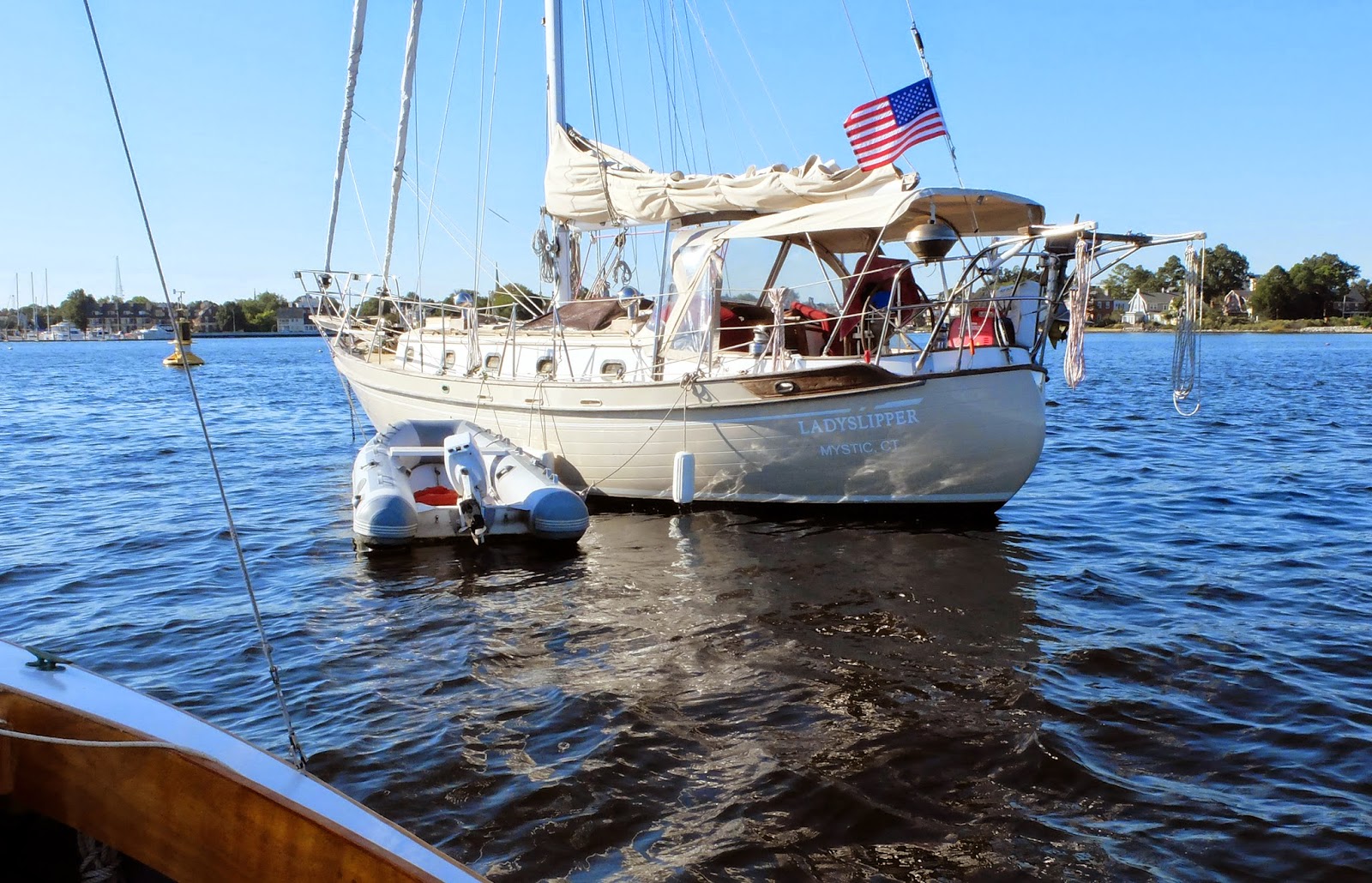 Ladyslipper, a Tayana, was out of Mystic, Connecticut. 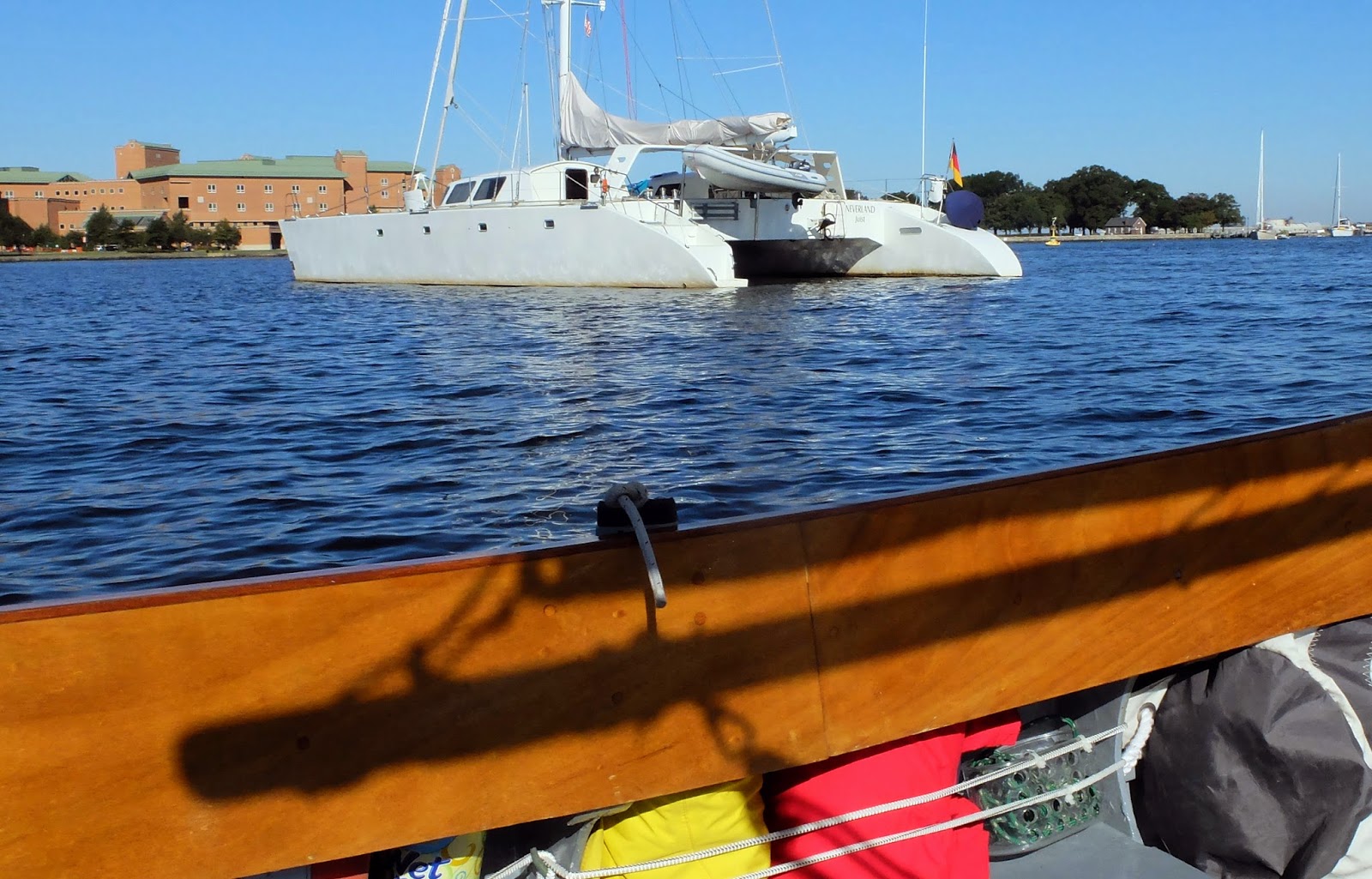 And Neverland, an ocean capable catamaran, reminded me of the Riddle of the Sands with a homeport of Juist, one of the seven inhabited East Frisian Islands in the North Sea.

A very pleasant day on the water, the snowbirds reminding me that the season is growing short.

You saw 'ASPERIDA'! Read my Blog about the captain and the boat.
asperida.blogspot.com