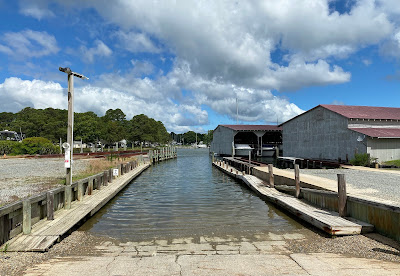 I crossed three rivers today.  The James, the York and the Piankatank.  The Piankatank was by far the smallest and the prettiest of the three.  Crossing the Piankatank I noticed a shoal on a little point just to the west and wondered if it would be a good spot for speckled trout.

I had to run up to Deltaville for a couple different reasons.  One was to take a look at the ramp at a marina there.  It appears to be a decent ramp with a $10 launch fee based on a mailbox and the honor system.  My concern was launching there and leaving the jeep/trailer there for a week.  Or two.  There were two young women in the office.  They said $10 to launch and just park in the field nearby.  They did not seem to be concerned about storage costs so I said thanks and went on my way.

A nice crab cake sandwich, enjoyed outside in the shade, was a reward for a morning of work.

Crossing back over the Piankatank on the way home there was a small skiff with a fisherman casting along that shoal for trout. 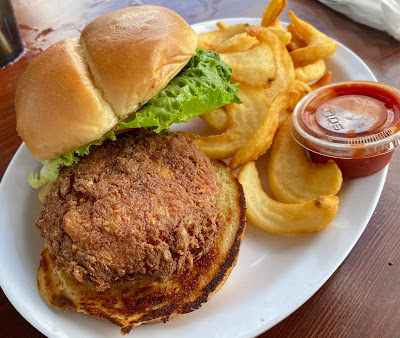