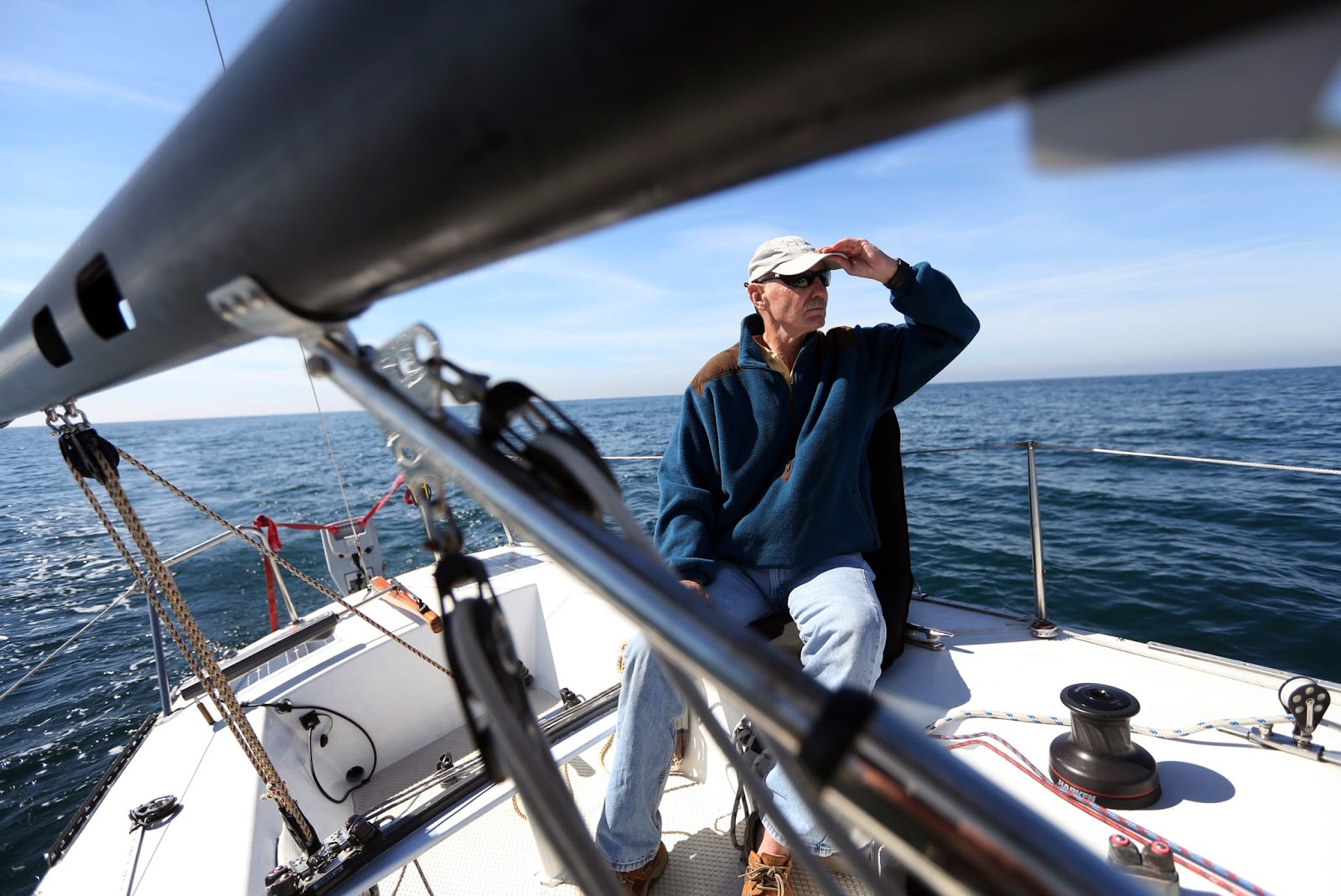 Webb Chiles is not a day sailor.  Just ask him, he will tell you so.  He prefers to set sail, then cross oceans. 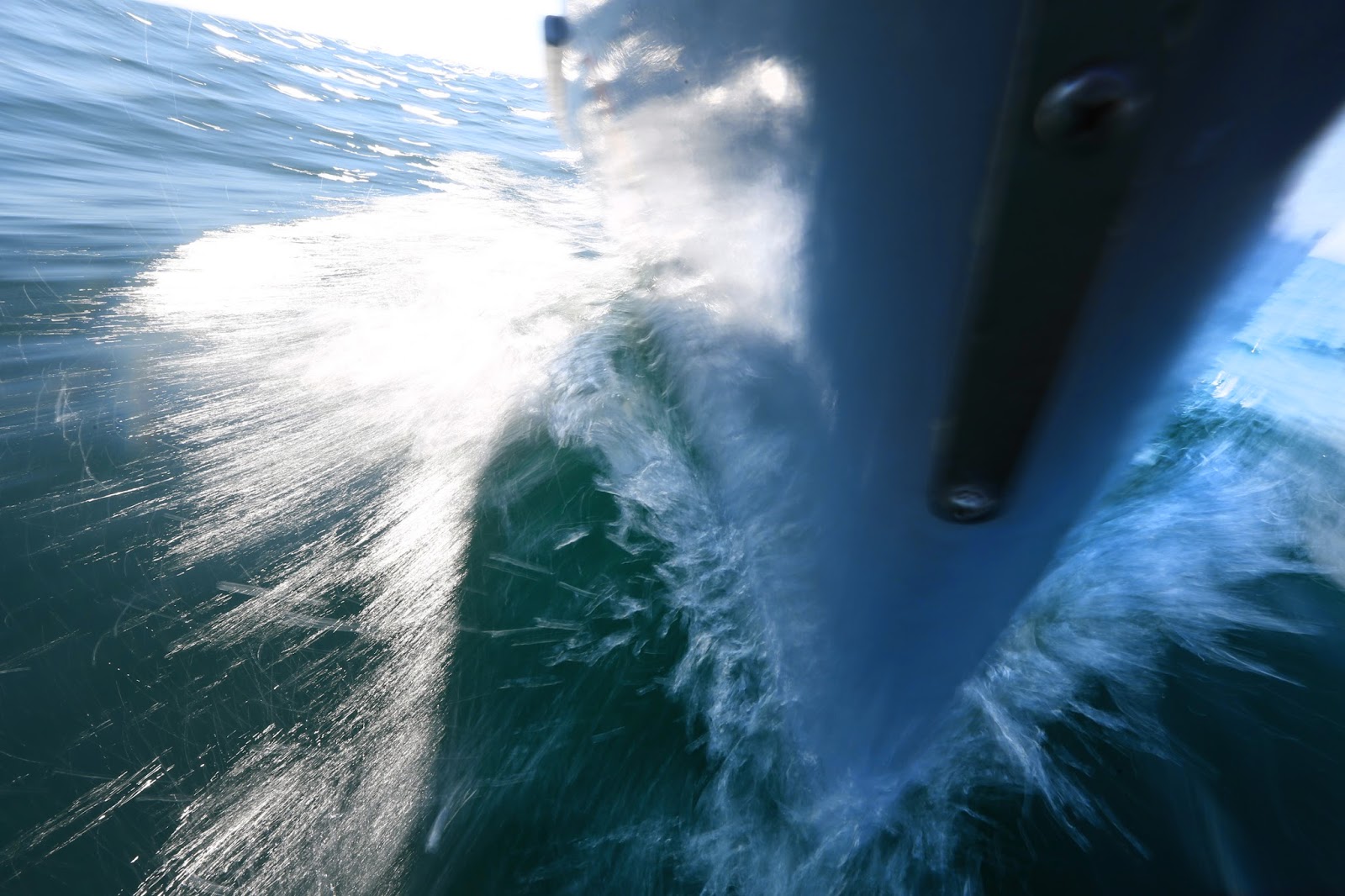 Webb also prefers to sail alone.  He has a general rule about people that he allows to sail with him, a rule which he waived today. 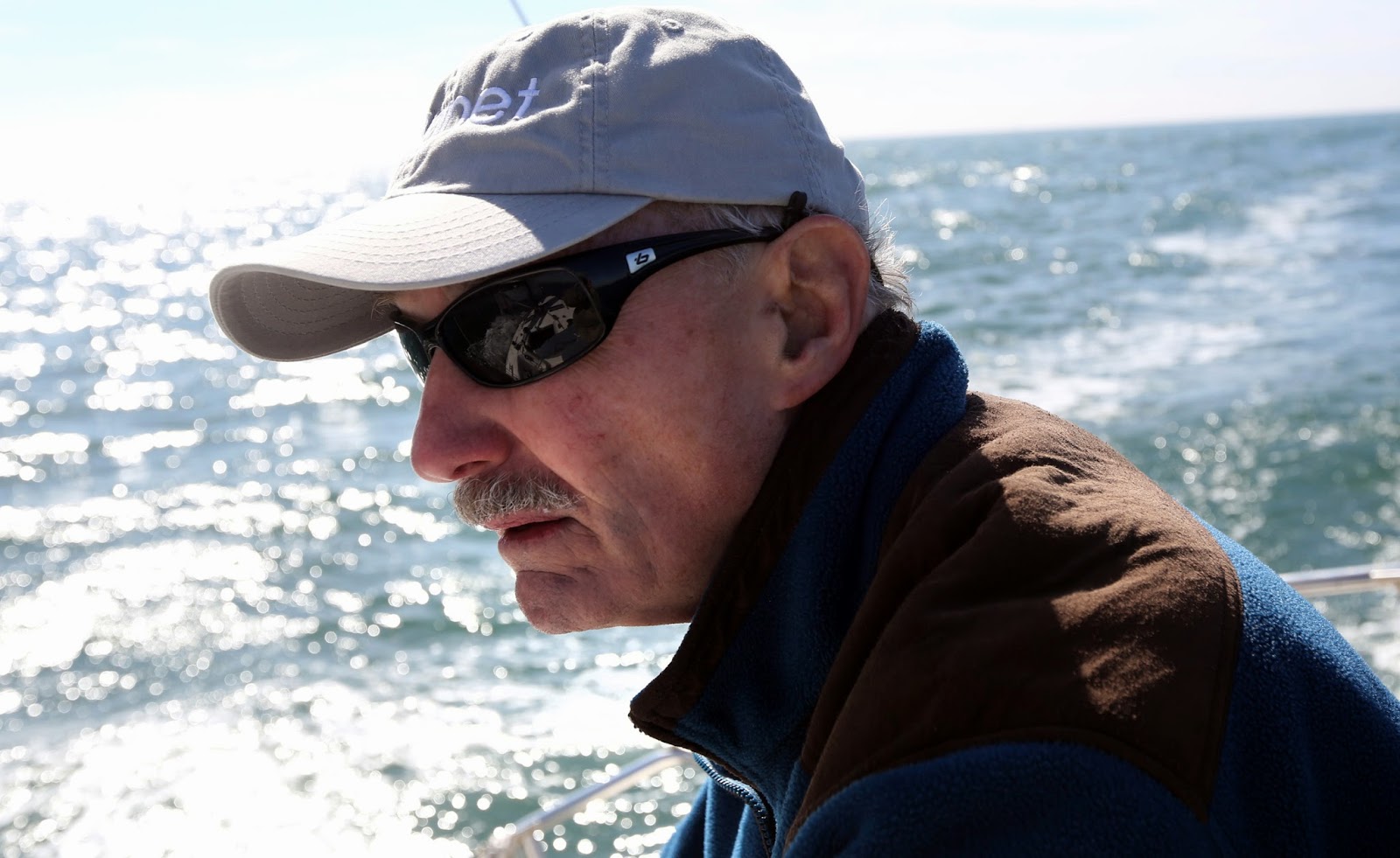 So about 18 months after we first began discussing the idea, we went out on GANNET for a day sail.  Sunny and warm with a light but steady breeze, it was a perfect day to be on the water.  The Pacific Ocean off of Southern California on a winter's day, where else would I want to be? 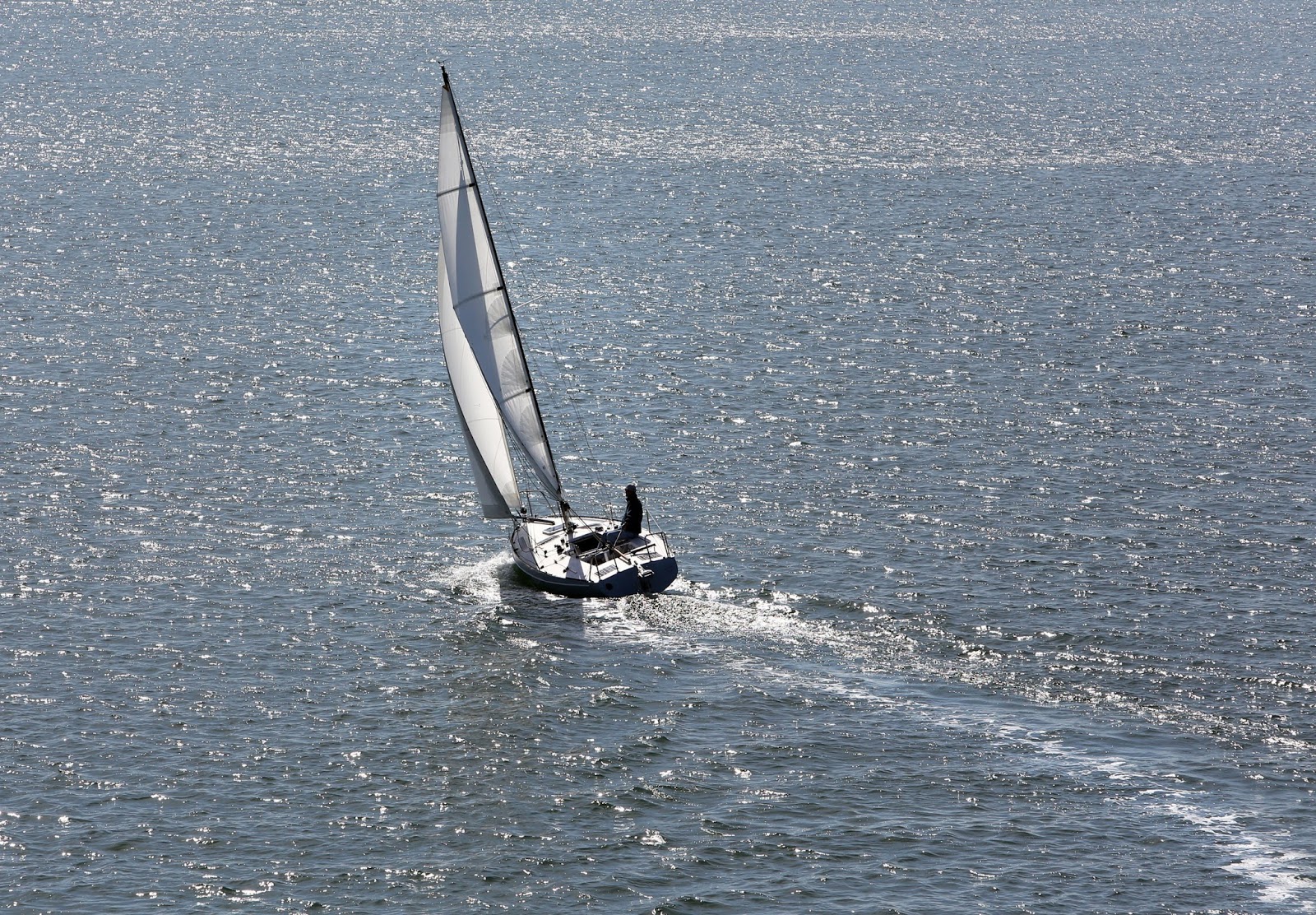 We took this photograph at the end of the sail, after Webb dropped me off on a pier and I ran up on bridge over Mission Bay, the same bridge from which his earlier boat Chidiock Tichborne was photographed a few decades ago. 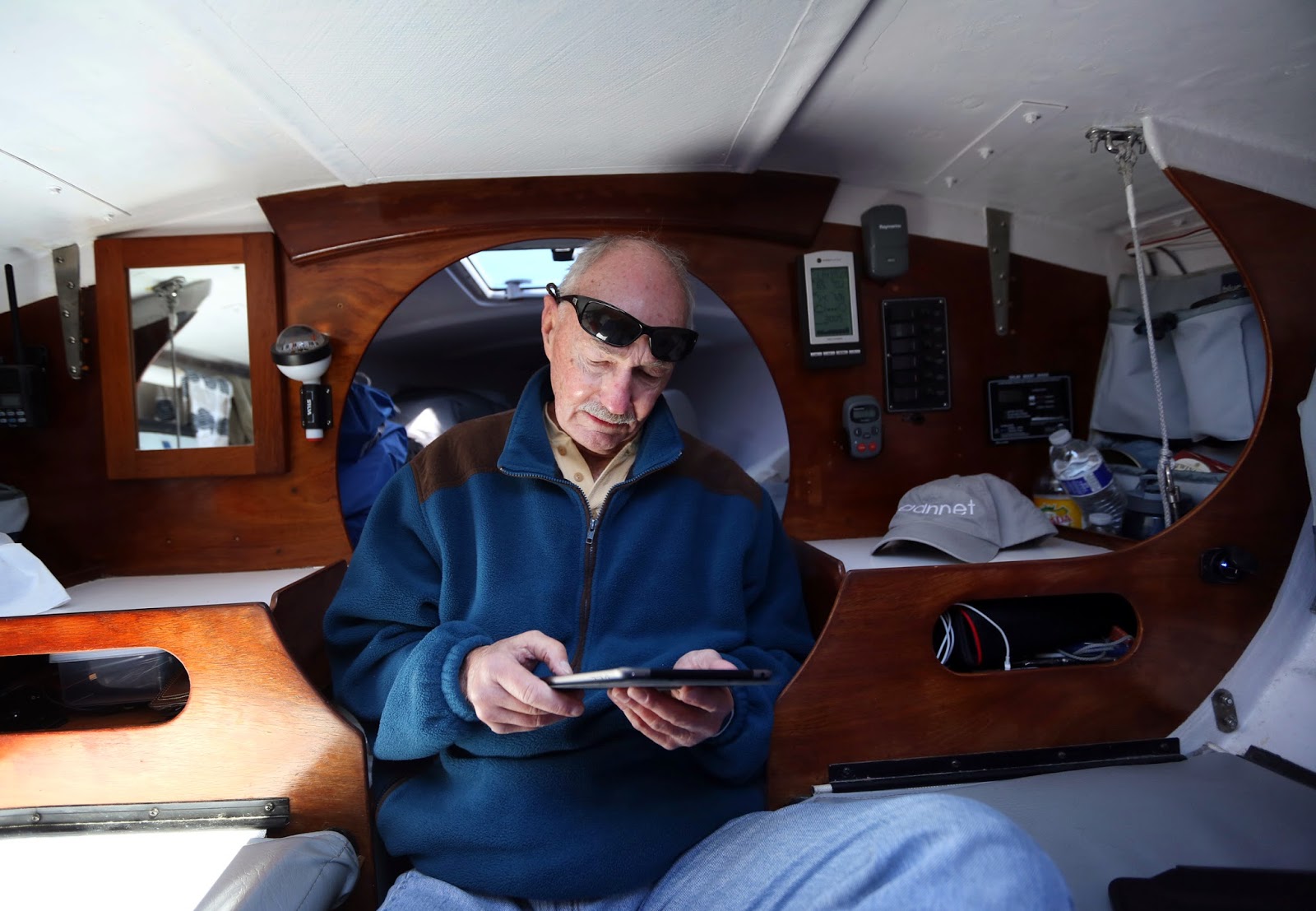 It was two tacks down the channel from Quivira Basin, passing through the jetties into the Pacific.  Above Webb is checking his chart plotter, comparing the data with what he receives on the gps built into his wrist watch. 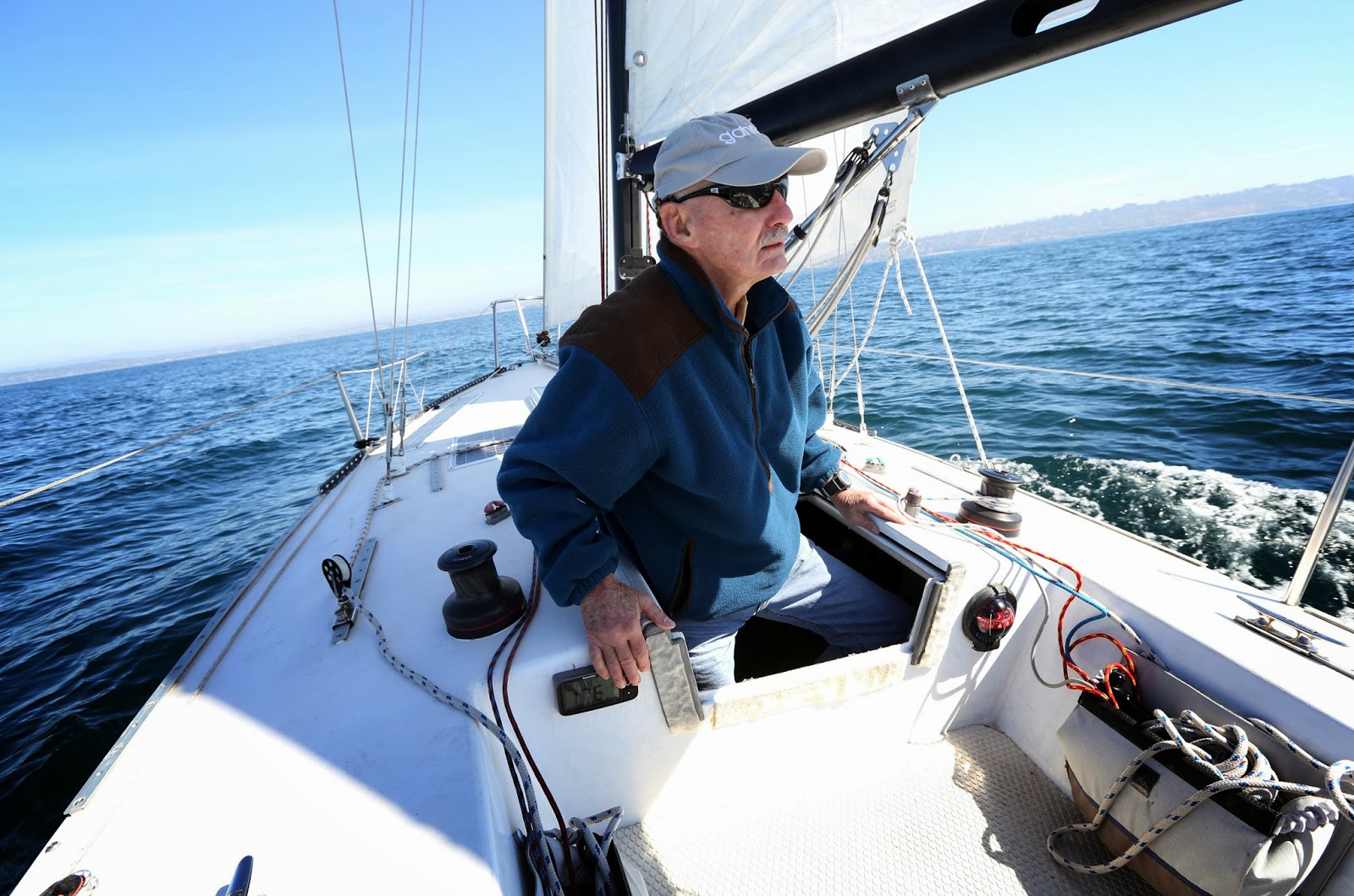 In open water - beautiful, clear ocean water - we headed SW past Ocean Beach and just outside the kelp beds off Point Loma. 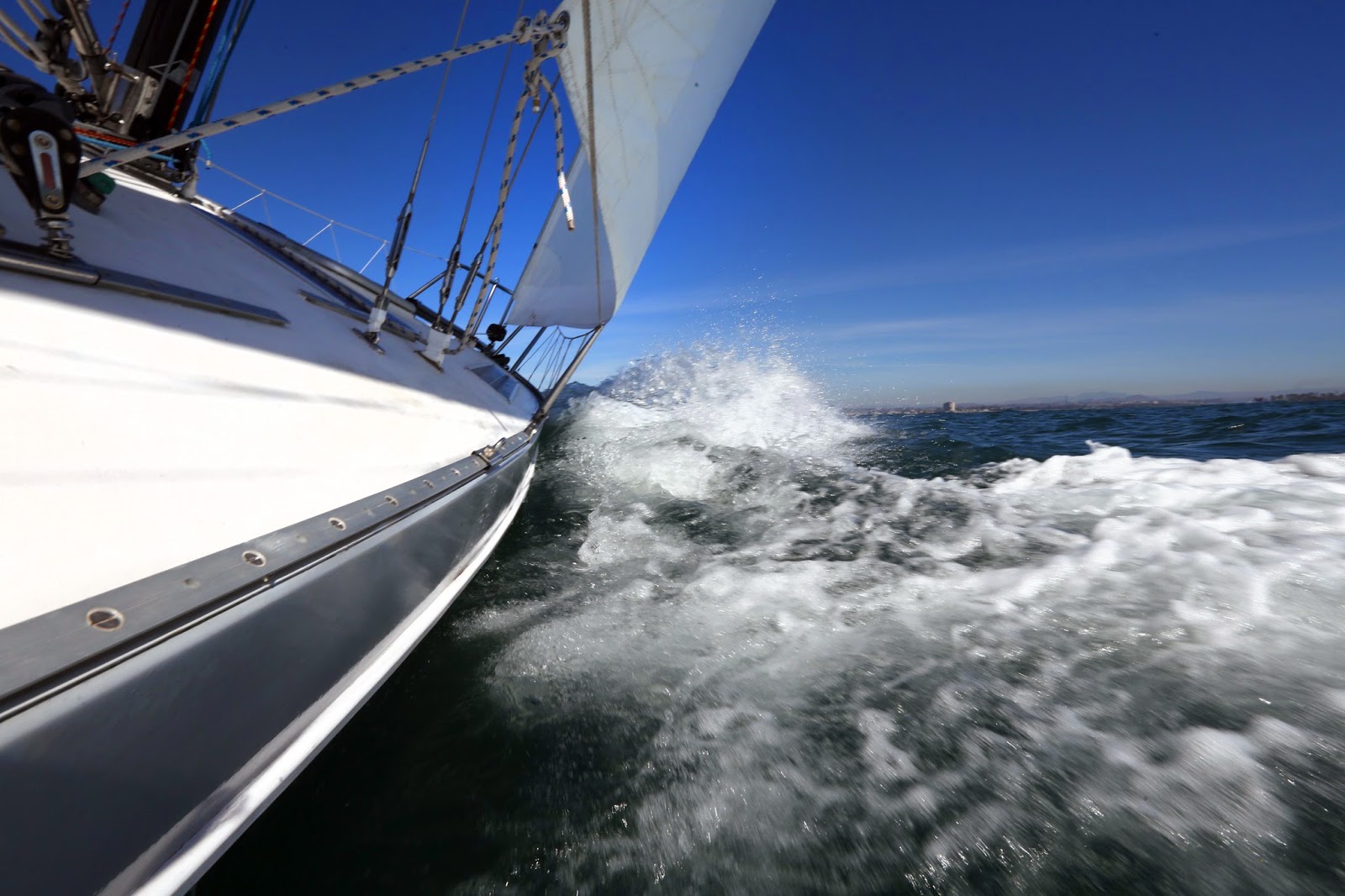 It was a great day to sail on the ocean, to enjoy GANNET and to see Webb in his true environment. 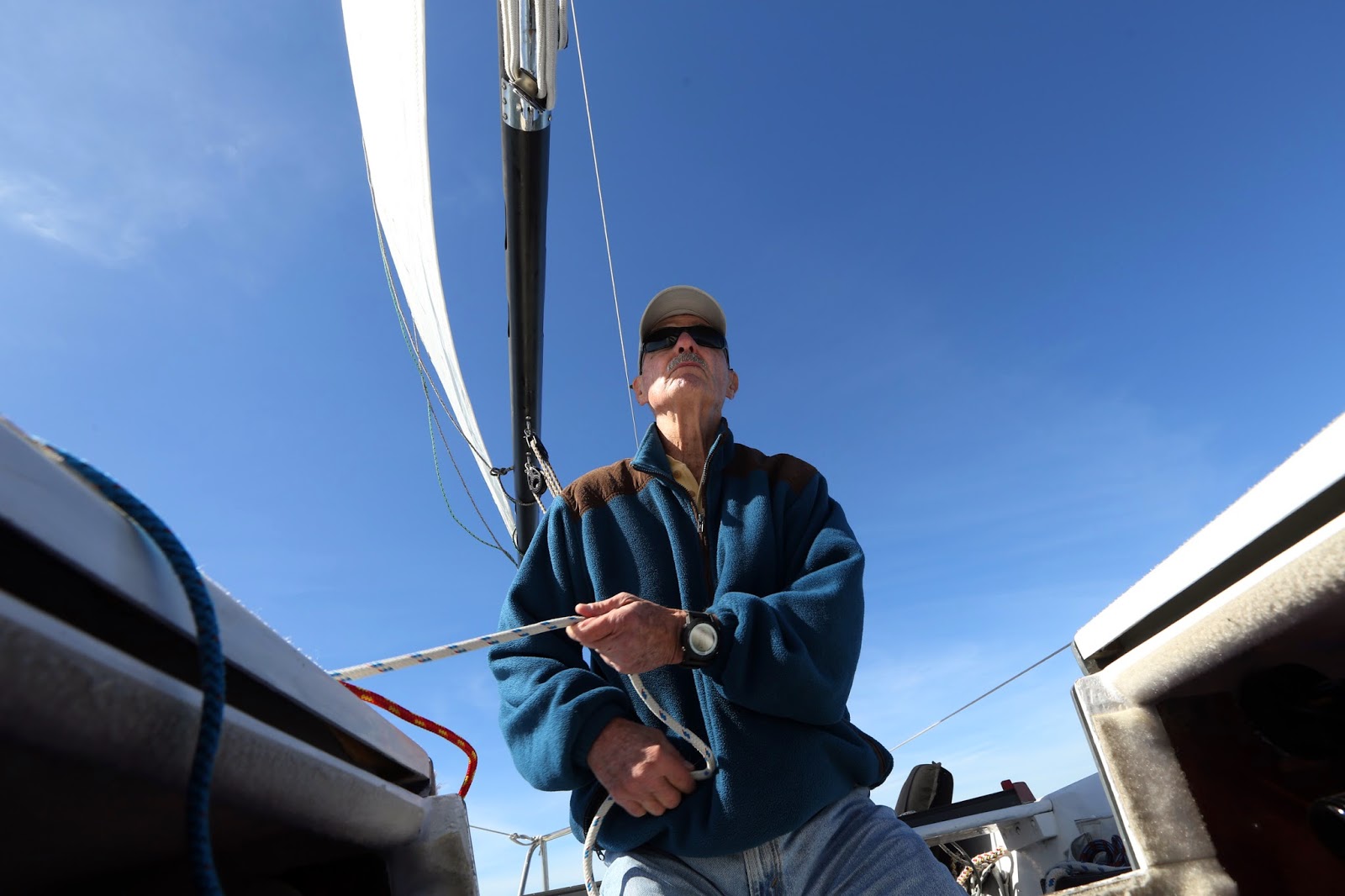 Thanks, Webb, for having me along. 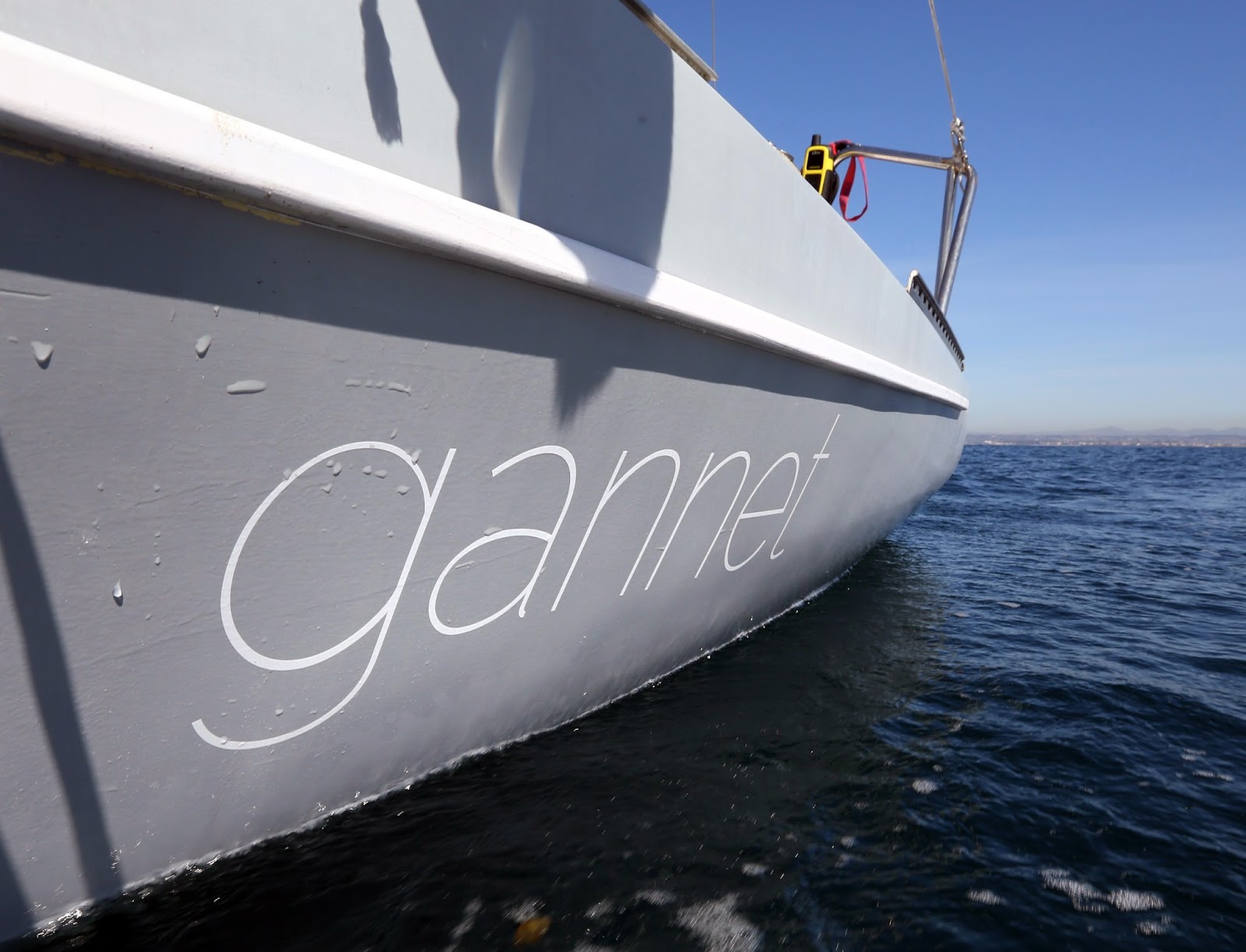 Thanks Steve for taking us along. As always, I love seeing and hearing your perspective.

You've sailed in rarefied company. These are the times you will hold most sacred. I'm with you, Steve.
Jesus, did he let you steer?

it was just a great day. What else can I say? Yes, I did have the tiller for a short while tacking down the channel, and helped a little with the lines too. But Webb did the sailing, and much of the time the autopilot was in use. I spent a lot of time taking photographs, which will show up here and elsewhere.

Hi Steve
Looks lime today will be another great sailing day. I like Webbs boat. Can you share the make and model please?

Yes, Moore 24. I've just posted a note with links to Webb's journal entries about the boat.