eight below Pride, just above Sultana

Take a look at the Sultana Projects Downrigging Weekend website and you'll see a list of ships and boats that will be on display on the Chestertown waterfront.  On the list of 63 watercraft, eight slots below The Pride of Baltimore II, coming in at 157 feet in length, and just one above Sultana, at a very stout looking 97 feet, you will find Spartina.  How did we ever find ourselves in such wonderful company?  I don't know. 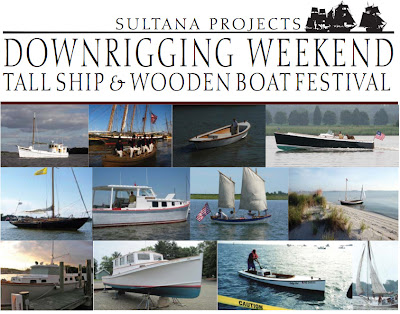 But I do kind of know.  It goes back to day nine of the Back to the Islands sail.  Bruce and I were sailing up past Rolph's Wharf towards Chestertown when we saw the Sultana coming around the bend.  As she raised canvas we sailed alongside the beautiful ship, made some photographs and enjoyed her company.  After a while we started to tack away, but turned back when the captain hailed us.  We exchanged greeting on the water that afternoon, then met the man who hailed us, Drew McMullen, later that evening on the waterfront.  Drew is the president of the Sultana Projects.  He gave us a tour of the Sultana, then suggested that I might consider bringing Spartina up to Chestertown for the Downrigging Weekend.  At the time I had never heard of the event.  "Give it some thought" he said. 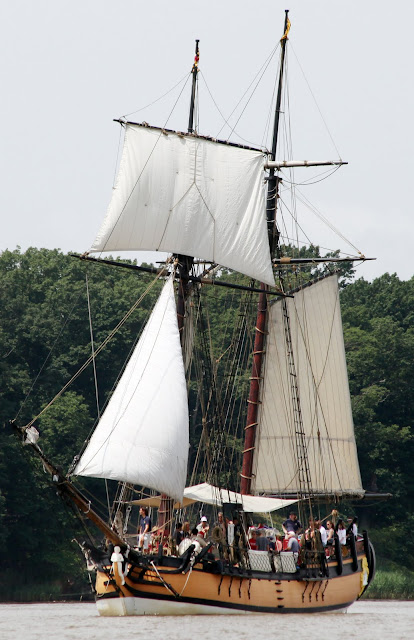 I am not much of a social sailor.  I've said more than once that I built Spartina so I could get the hell away from everyone.  If I see a crowd I tend to head the other way.  If I see a few boats, I'll sail close enough to get a good look, wave and then sail away.  Solitude I enjoy.  Socializing, not so much. 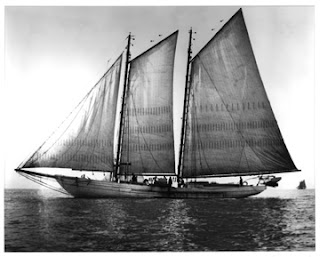 But for some reason I am very excited about this weekend event.  Part of it is the chance to sail with the tall ships like The Pride of Baltimroe or The Lady Maryland or the A.J. Meerwald, above.  There will be about half a dozen tall ships on the Chestertown waterfront, they'll will be out sailing at least a few times over the weekend.  Catching the breeze alongside a tall ship on the gentle bend of the Chester River, the old brick buildings of the colonial town on the nearby shore.  That does sound like fun. 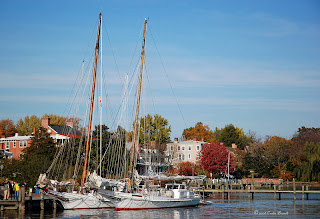 Or maybe it is the classic Chesapeake Bay boats that are also part of the show.  Smith Island skiffs, restored oyster buy boats and a couple of skipjacks with their huge spread of canvas, all gleaming bright white on a crisp Autumn day.  Who would not want to be on water with those icons of Chesapeake Bay? 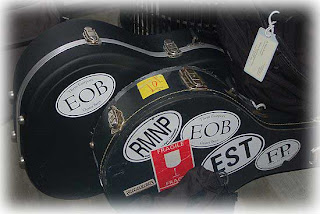 Or maybe it is the chance to listen to the Eastport Oyster Boys with a cup of hot cocoa, or maybe a cold beer, in my hands.  Or maybe becasue I might see my friends MaryLou, Fred, Seth and Drew.  I don't really know.  For whatever reason, or maybe for all of those reasons, I'll head up into a crowd of boats and a crowd of people.

But I will have an escape nearby.  It will be Spartina.  She will be tied up at a nice slip, a choice spot if you ask me, on the Cannon Street pier.  The same pier as a buy boat, a skipjack and the tall ship Kalmar Nyckel.  Very nice company.  And should things get a bit too, uh, crowded, I can always slip the lines, drift out onto the river and enjoy the crowd from a distance.

I will be there in spirit, I promise. I'll be in SC that weekend but my mind will be on Cannon Street.

I'll have a beer for you and your Dad.

I'm planning on making the trek up there. I know a guy who lives only a few blocks from the waterfront and he has graciously and generously offered lodging. I hope to see Spartina in person and maybe say hi and shake your hand, Steve.

I promise I won't stand too close or crowd your space...

That is great, Bill. Send me an email, you can find my address on the profile page, and we can compare notes.