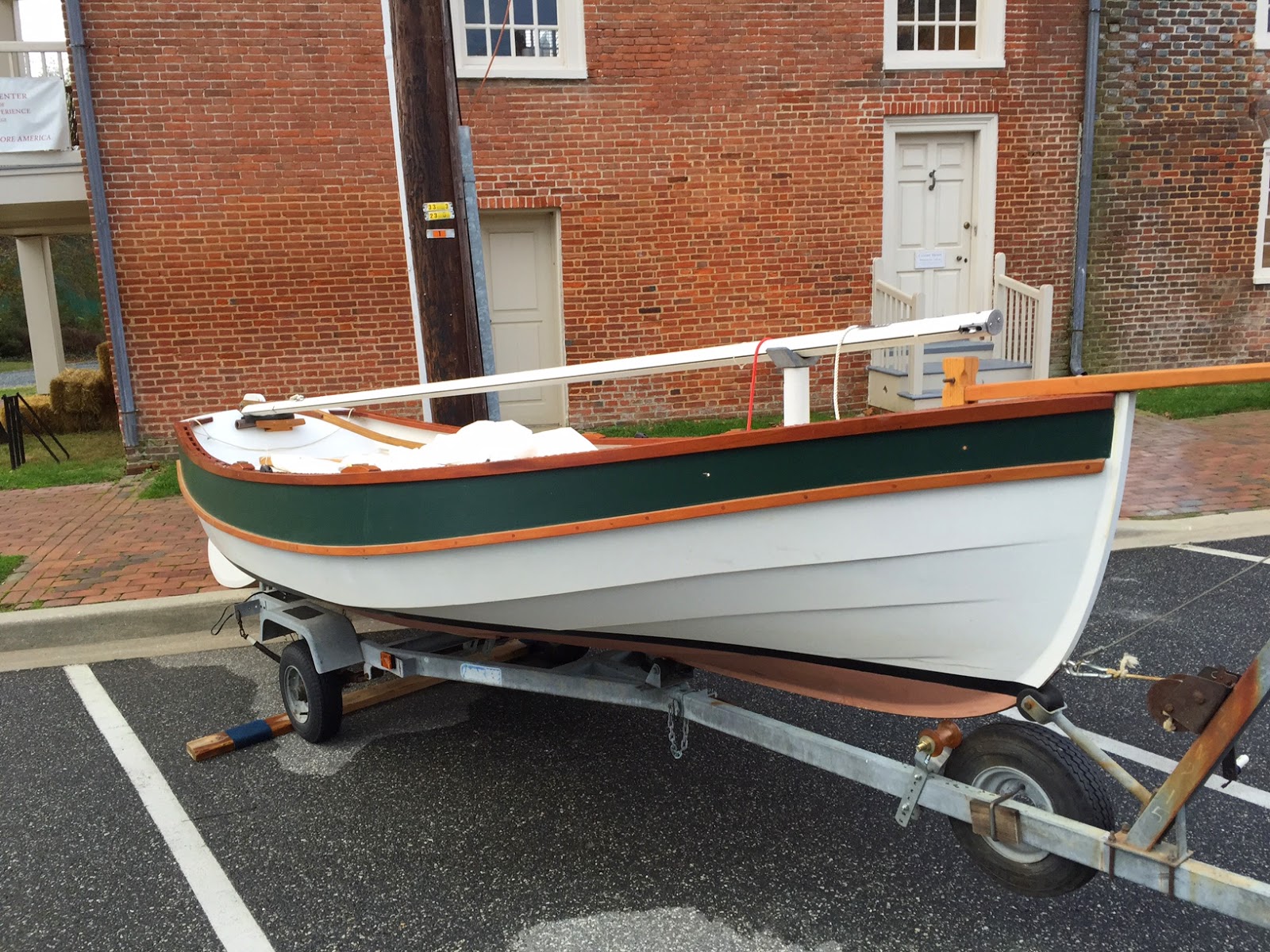 The lines caught my eye from half a block away at the Downrigging Festival.  Narrow forefoot broadening mid-ships, then narrowing to the tumblehome transom.  I walked over to take a look.  No one around, no sign on the boat, but I believed it to be a Coble. 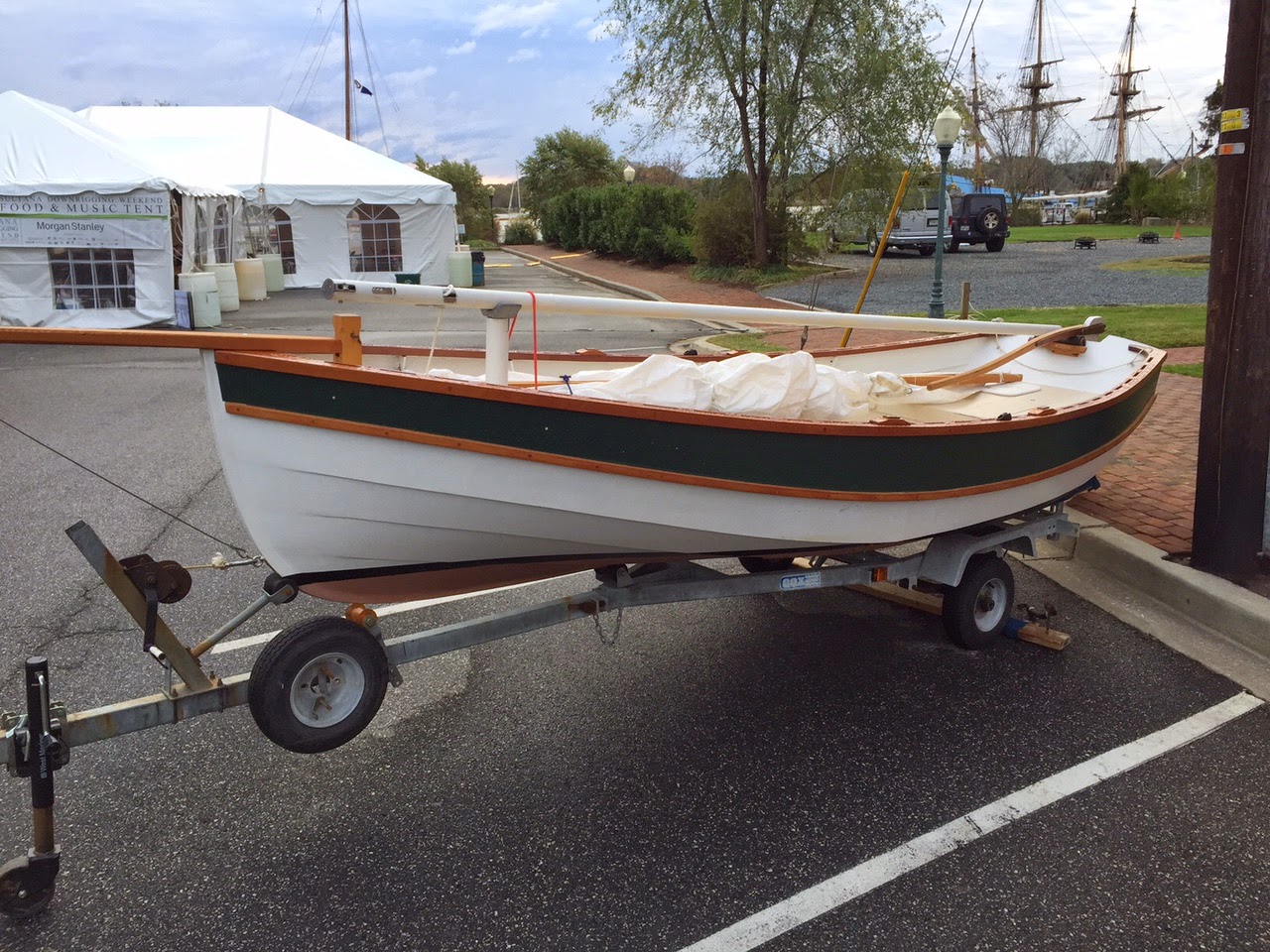 The next day I dropped by again to find builder Robert Stack.  It was in fact a Coble, a Northumbrian Coble designed by Paul Fisher.  I knew from John Welsford, though I can't remember if he told me in an email or if it is in his literature somewhere, the Coble was the basis for the Pathfinder design.  John took the lines, modernized the underbody for speed and simplified the construction for homebuilders like me.  Robert, who seems to be a serial boatbuilder with several boats finished, in the works or planned, did a wonderful job with the boat.  It was a treat to see a replica of Spartina's genesis. 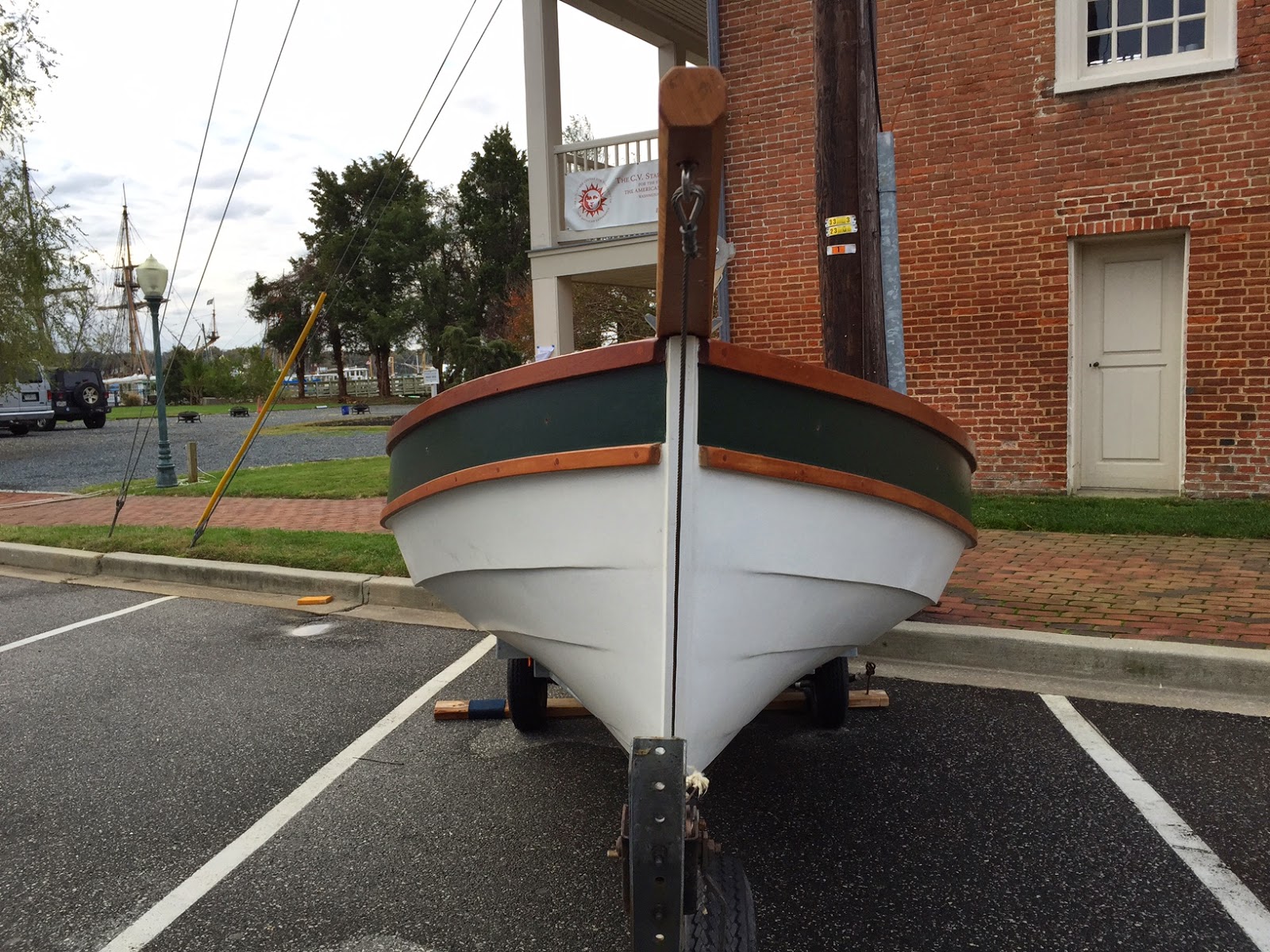 Robert and his wife Elizabeth later on walked down the docks to hop aboard Spartina.  It was fun to compare boats and recognize the similarities.  Nice job on the boat, Robert.  And thanks John, for recognizing a beautiful set of lines and sharing them with the Pathfinder design.

Interesting to know the origins of Pathfinder, I've always been a fan of the Cobble. no wonder I like the pathfinder so much

John Watkinson was also inspired by cobles when he designed the Lugger and subsequent designs. Maybe Annie shares a bit of that lineage with Spartina.

I think you are right. Some nice genetics in there.