the marine layer, a world without line cleats 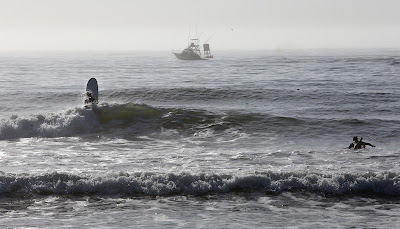 I do not get to the ocean as often as I like, but found my way there this morning.  A light fog was slipping out between the high rise buildings as I drove up Atlantic Avenue, then hovered over the water just outside of the surf. 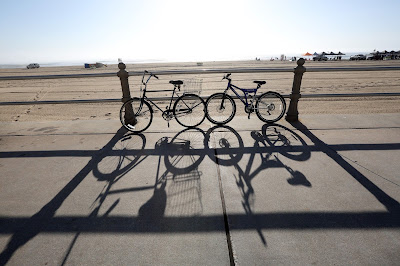 I have threatened many times to buy a couple of bikes so the wife and I could go ride on the boardwalk in the mornings before the crowds arrive, something we used to do when the kids were little and they rolled along behind us on trailer bikes.  This morning's visit may have inspired me to do to go look at some bikes. 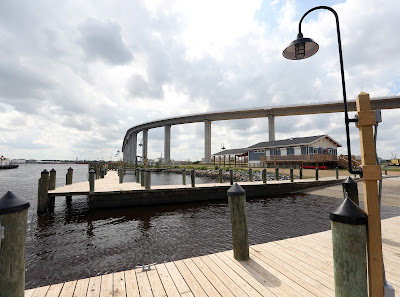 Tomorrow I will launch at a new ramp.  Really it is an old ramp surrounded now by a new park, one with a tackle shop, snack bar, and new docking facilities.   The paved parking lot, as opposed to the old gravel one, will certainly be an improvement.  The grand opening is today with an afternoon party, fireworks and an outdoor movie looking over the southern branch of the Elizabeth River.  Because of all the activities the ramp is closed today, but the park folks tell me it will be open to boats at dawn tomorrow.  Let's hope so. 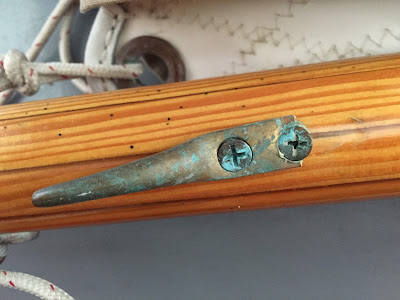 I noticed two weeks ago that a four-inch line cleat on the Spartina's boomkin had broken.  The cleat is in a place where it would be difficult to have any sort of high impact, it must have been a flaw in the metal casting.  I went to the usual suspects to find a replacement - West Marine, Defender Marine and Hamilton Marine - and none showed a line cleat in their catalogs.  I found a source only by searching google images, which led me to a marine supply shop in California.  Their catalog showed them available at a 20+ percent discount, less than a few dollars each and marked as "discontinued."  I needed only one, but ordered five, the shipping costing as much as the cleats.

After ordering I went back to the source's catalog to find that the line cleats were no longer listed.  How can we live in a world without line cleats?
Posted by Steve at 2:46 PM

Nice!
Duckworks has a few "tie-down" cleats that I've used which are well turned. Perhaps a bit heavier, but I think pretty and they've more meat to them for abuse.

Yes, Eddie, I had looked at those and in fact use a few on the boat. But the line cleats, low profile and about 4 inches long are perfect, and CHEAP. I'm glad I will have a little stash. steve