hot and spicy / supplies / finally, somebody (something) that listens to me 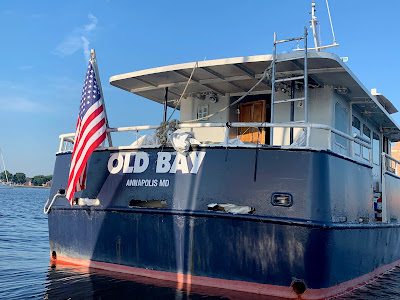 The hot spice came from the workboat OLD BAY, anchored out in Crawford Bay.  Just as I raised sail I heard the captain shouting "A-ONE, A-ONE" with two thumbs up.  He offered to trade boats but said I would have have to be a fool to take that deal.  I turned down the offer, the jury is still out on being a fool. 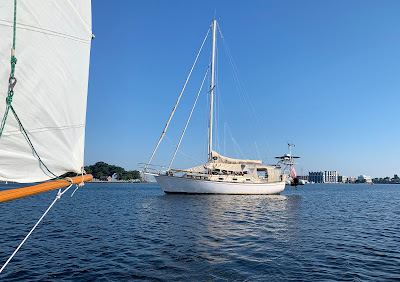 The Island Packet ALIBI out of Key Largo had some nice canvas for shade, which they will need with the sun burning down in a heat wave, a "feels like" temperature of 109° and humidity at 57%.  It will be worse tomorrow.  I snuck out for a two-hour sail, coming in about 10 a.m. when the wind got spotty and the heat was not spotty at all.  Wind forecast is better tomorrow.  I'll try to get out earlier, and come in when the heat arrives full force.  The heat wave should break Tuesday. 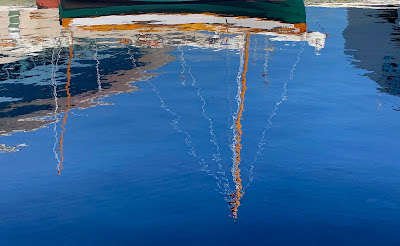 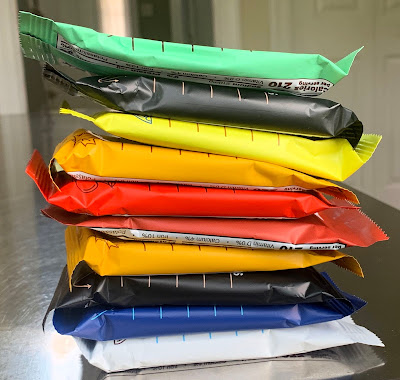 I have started tossing cruising supplies into the grocery cart, buying a little at a time for the fall sail in October.  I'm picking up RXBARS whenever I see a new flavor, and these days the variety seems almost endless and I have yet to find one I don't like.  I also picked up three freeze-dried meals and three self-heating OMeals at REI with a Father's Day gift certificate from the Pilgrim.  The self-heating meals are convenient after a long day when I'm beat and cooking - boiling water - seems like too much work. 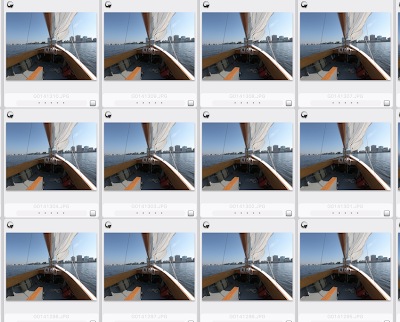 I have been experimenting with the GoPro Hero 7 Black, finding the voice control to be easier and more practical to use than I had imagined.  I had thought that I needed to use the voice control to change modes, i.e. "GoPro video mode," then use a second command, "GoPro start video" (maybe it is "shoot video, not sure right now), to begin shooting.  I found today that I did not need to use a command to change modes, all I needed was give a single instruction to shoot in whatever particular mode I wanted.  The commands resulting in the files below were something like "GoPro shoot burst mode (twice), GoPro shoot video (four times),  GoPro shoot photograph (twice), GoPro shoot Time-lapse (twice), all that without touching the camera. 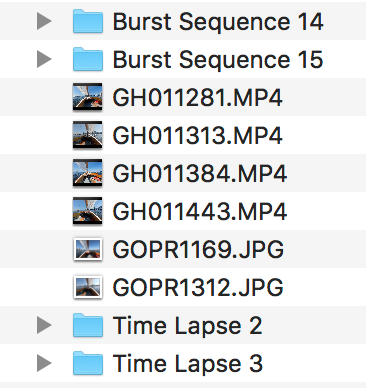 And the camera never talked back.  How nice...

As I'm from the south I now feel the need to to name a boat " Zatarain's".

I changed to the same strobe two years ago and have been happily not using it and checking the batteries. It ever works in a kayak!