I've been doing a lot of "revisiting" as of late. While wrapping up the log from the June trip to North Carolina I started thinking about the coming trip over the top of the Delmarva Peninsula including Chesapeake Bay, The Chesapeake and Delaware Canal and Delaware Bay.  I had researched Delaware Bay last fall and wrote a less-than-favorable post called "the nastiest, most miserable body of water".   A little harsh, I suspect. 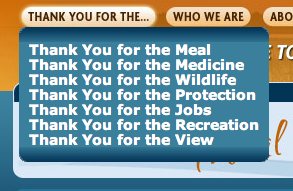 I googled "Delaware Bay" and came across the tydb.org site.  The name stands for Thank You Delaware Bay, and the site celebrates the bay for food (oysters, crabs and stripers), medicine (it is the home to the largest population of horseshore crabs, which are used in medical research), wildlife (tens of thousands of acres of marsh and tidal flats and I know I will love those areas), recreation (parks, wildlife refuges) and the view (can't beat the water view, particularly when it is seen from a small sailboat).

The site, which I will explore a bit more, gave me a new outlook on the bay.  Sure, I know the issues of the tide going one way and the wind going the other, plus the fact the bay includes a heavily trafficked shipping channel.  But it is water and wetlands, fishing and exploring - all that stuff I love.

I don't want to sound like an optimist or anything along those lines, but I'm definitely rethinking my opinion of Delaware Bay.  I mean who wants to spend the next several weeks planning a trip on a miserable body of water.  It's a big wide bay, lots of creeks and inlets on either side, plenty of room for both Spartina and the big ships.  I need to connect the gps to the laptop and start making waypoints.  I can't wait.