all is not lost

Could it be that the Webb Chiles story has made it to the big screen? 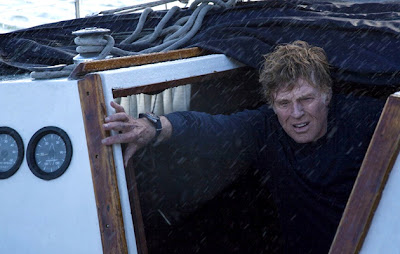 I just today heard of a film titled All is Lost, starring Robert Redford.  The film, at least according to IMDB, is the story of one man's fight to survive.  According to the trailer he does so on the open ocean, single handing a 30-some foot sloop.

Above you see the listing of the entire cast.  Yes, a cast of one.  You better like Robert Redford if you are going to see this film.  And you had better enjoy silence.   According to the reviewer there are about ten lines of dialogue.  Or should I say monologue. 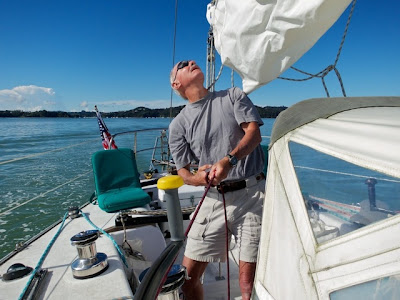 The reviewer absolutely loved the film.  We'll see.  But couldn't they have found somebody younger (Redford is 76 years old) and better looking to portray Webb?

(And I think Webb would have looked around for a storm before climbing the mast.)

ps - the wife disagrees on the "better looking" reference above.....
Posted by Steve at 5:43 PM

Ah, but what are wives for, if not to disagree with their husbands?

Sounds interesting but am I the only one who talks to himself alone on a boat? Admitedly usually curses when things go wrong but they always do. I doubt I could climb a mast even in a calm without some utterance. Anyway Redford's cheating; he's clearly got two working eyes!

I'm with your wife on this one.