uninvited, undrizzled, around the world 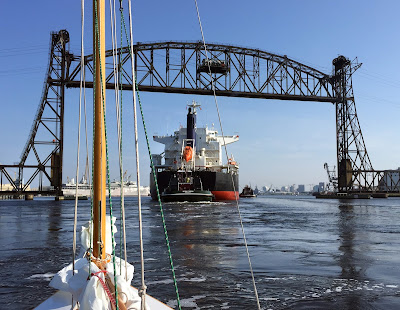 I slept later than usual and thought I might have to wait to get in line to launch Spartina.  Surprisingly, or maybe not because of the heat forecast for the day, I was the first boat at the ramp, but still had to wait for the African Kite to pass through the train trestle ahead of me.  Only moderate winds were forecast, yet we found a breeze that was pleasantly steady if not strong, cool (relatively speaking) and dry out of the NW. 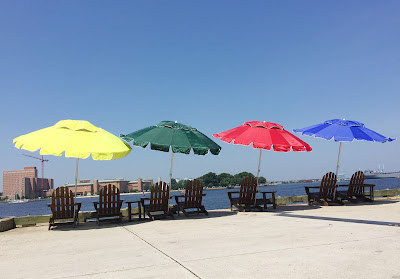 My friends at Sail Nauticus were setting up umbrellas on the pier.  It was graduation day for the after school sailing program.  I had been invited last year to their celebration, lots of fun with the middle school sailors taking their parents out for a sail on the river, many of the parents never having been on a boat.  Inexplicably I was not invited this year.  Or maybe my invitation was lost in the mail.  Or maybe they put it in a bottle and tossed it in the river.  Oh well.

Just after I took the photograph above I checked the weather on my phone.  It showed 89 degrees with a heat index of 98, which I think was accurate.  It also showed drizzle ending in one hour, which was not. 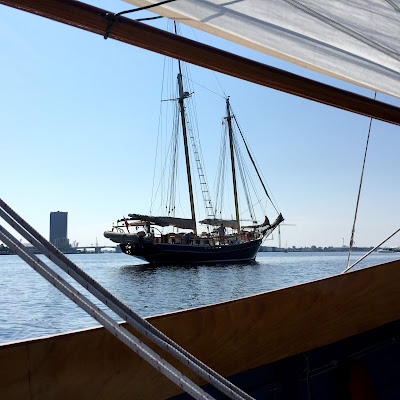 I saw the masts of a green hulled schooner coming up the Elizabeth from Hampton Roads Harbor.  The name on her stern was hidden in the shade of her dinghy and I passed by three times before making out the name WINDJAMMER out of Brisbane, Australia.  She's on a world tour right now.  I did not speak with the crew of two on board, simply waved as we sailed by.  Below is copied from their blog (which has not been updated in a few months) to show you what an interesting trip they are on.

Just sharing the water with a beautiful schooner on a great voyage, well that like that makes my day....... 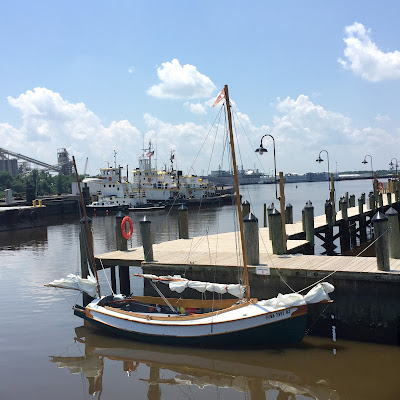