first, make sure the ramp is clear 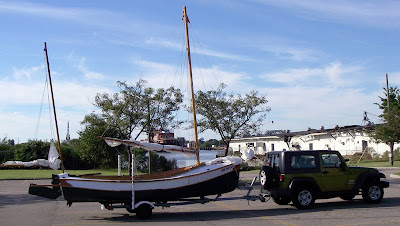 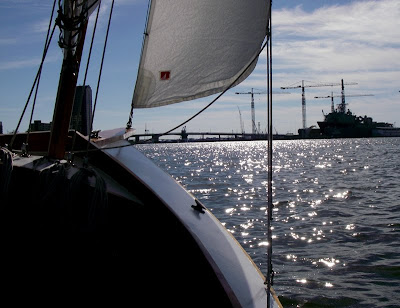 a sparking day on the water 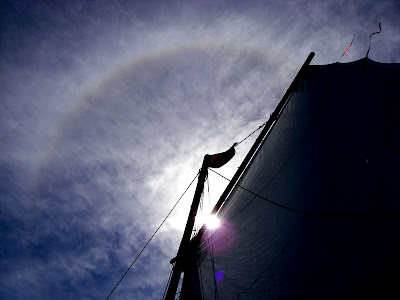 a halo around the sun as ice crystals in a cool front, the same front that pushed away the hurricane, catch the light 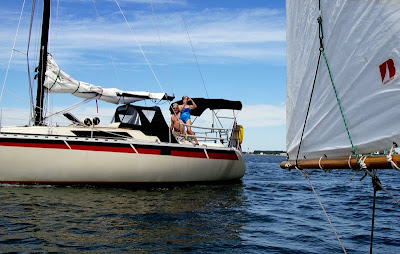 this boat circled Spartina taking photographs, the guy laughed and yell "NO FAIR!!" when I pulled out my camera 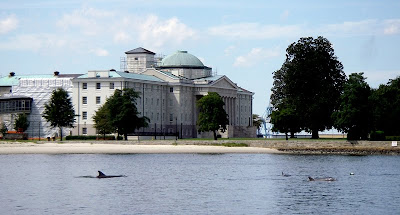 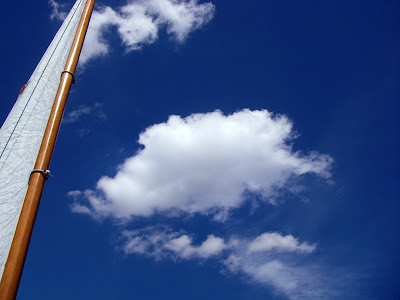 blue skies and white clouds, the seasons are changing 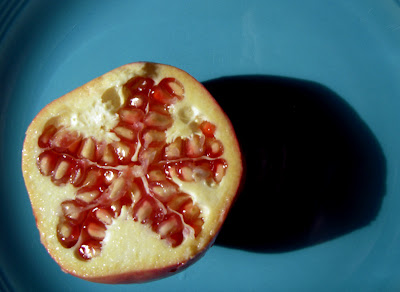 pomegranate fresh from the backyard
Wow, that sounds like a lot of work. How long does it take? About 35 or 40 minutes. If I have help, it takes an hour or more (it's easier to do it by myself). I kind of enjoy rigging the boat. I watch the tugboats working out on the river, I listen to the seagulls above. It's kind of nice.
Wind was decent in the morning, better than expected. It fell off in the afternoon so I tied up at the waterfront got a sandwich and a newspaper and relaxed out on Crawford Bay. 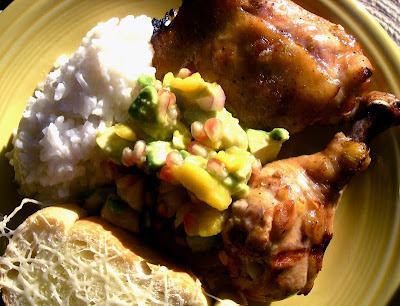 Hi. Can you post pics of your centreboard harness please. Cheers Brian

No need for a photo (and maybe harness was too big a word). It is just some leftover amsteel (3/8 or 1/2 inch diameter) looped back and forth from one side of the trailer to the other three times towards the aft end of the cb trunk. The amsteel has a breaking strength of 2000 or 3000 pounds. I just slack the line that is used to raise the 100 pound cb so it rests on the amsteel and all the stress of bouncing up and down on the highway goes there instead of on the cb trunk. steve

Thanks for the launch routine recap. It would be fun to see your connection points for all your sheets, halyards, etc. From some of you pictures it appears you are big on carabiners. Do you also use sister clips?

I'm not sure what a sister clip is so I guess the answer is no. To attach the halyards to the sails I use what I I think are called rigid bronze round eye snaps.
For the main sheet I use a couple of stainless steel carabiners to hang the blocks under the boom. (When I put up the boom tent I need to remove the mainsheet and with the carabiners the sheets come off/go back on quickly and easily.)
Both attachments seem to work and they were affordable.

Sister Clips: http://www.jamestowndistributors.com/userportal/show_product.do?pid=8571&familyName=Stainless+Steel+Sister+Clips
We used these during my racing days. Very light and easily clipped on and off. Mainly spinnakers but they have many uses. You might look into them sometime.