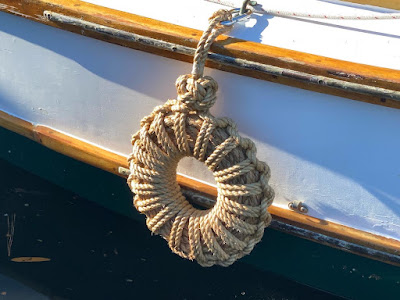 Yesterday I received a gift of two traditional manila rope fenders from my friend Howard.  We both volunteer on the schooner VIRGINIA - Howard being a much more knowledgeable and useful volunteer than myself - and he offered to make the fenders to replace the small vinyl fender I keep on SPARTINA.  I am amazed at his skill and craftsmanship. And the two of them fit perfectly in the space I used to store the old fender.  Thank you, Howard. 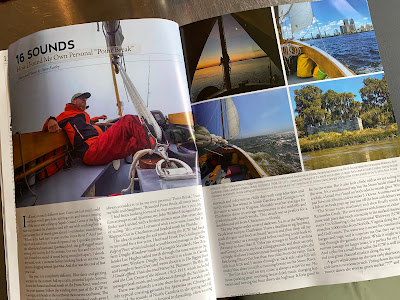 And today I received from Josh at Small Craft Advisor three copies of the No. 137 issue of the magazine.  It is notable for two reasons.  One, it is the last print edition of Small Craft Advisor.  With the ever shifting  world of journalism it made sense to switch from traditional print to an online magazine which you can find here.  And two, this final issue contains a story I wrote about my sail from Charleston, South Carolina to Palatka, Florida last year.  Thanks, Josh, for using the story.
Posted by Steve at 12:24 PM