a sailing friend in town

A sailing friend is nearby, but she is paddling instead of sailing. Dawn, aka SandyBottom, paddled up the North Landing River with a group of kayak friends this afternoon. Dawn spends a lot of time on the water but I've only ever seen her on the sailboat Dawn Patrol. So this was my chance to say hello and see her with a kayak. 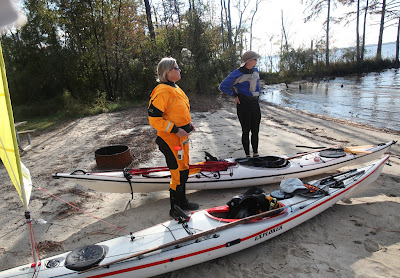 Below is her SPOT track from today. She and her friends put in near the ferry docks in Currituck and headed north. Tomorrow they'll turn back south towards the upper portion of the outer banks. I arrived just after they landed on the little beach at a campground. 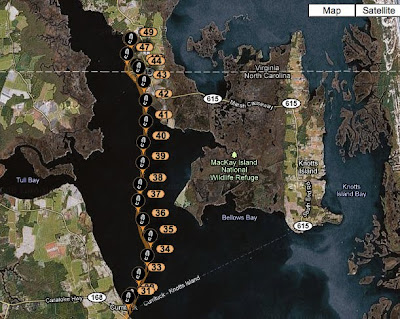 I think the group is paddling the entire North Carolina coast, doing it in stretches of a few days. I wouldn't mind sailing that distance, from the South Carolina line to Virginia, someday. 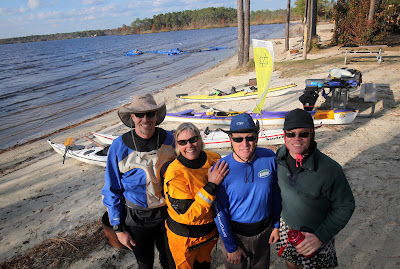 It was a treat to see Dawn and meet her friends. I hope they have a good trip. In a few days I expect you can read about it on her blog.
steve 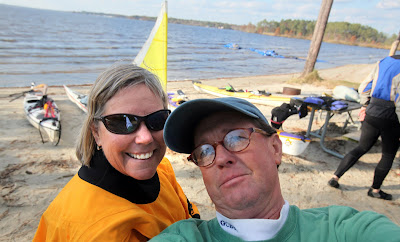 No more expeditions this year? Why d'ont you come to Brazil?
Here we have the eternal summer...
Curiously we don't love to sail.

Have a good time!

Did you see? I talked again about your blog on my blog. This time, I pick up no photographs! Just some words... Ok?

Fernando,
good to hear from you. Yes, I saw you picked up some words. Thank you. You are always welcome to words or photographs, I appreciate you mentioning the blog.
Just one more sail. But then I'll have a few months to get the boat ready for a march launch. I do hope to some sailing farther south someday. I don't think I'll make it to Brazil, but maybe the Gulf of Mexico.
Best wishes

Thanks a lot Steve!

The kind of maritimes expeditions you do and the organized method you use to make them real, and to write and photographs them, it is very important to me.

I have a much to learn with you.

That's why I come here frequently.

I publish a photograph that show John Kennedy preparing to sail, in my post

Good winds to you and Spartina, Steve!