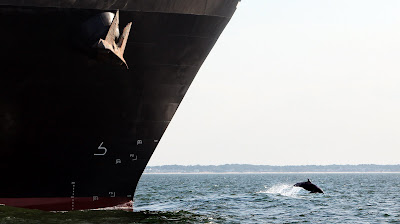 Finally out on the water yesterday, but not on the sailboat.  I got an invite from some friends to head out with a pilot association boat.  Pretty cool.  They were bringing in one of the largest container ships ever to visit Hampton Roads. 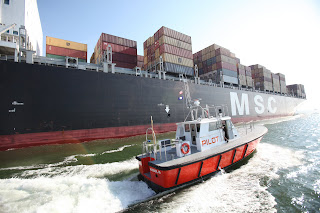 I see these orange launches all the time when sailing, they drop off pilots to guide in all the big ships, both commercial and military.  It is an interesting moment when, running at 10 to 15 knots, the pilot has to step off the launch and grab onto a rope ladder. 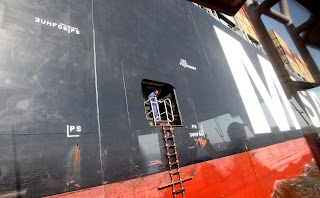 Every once in a while I'll talk to the pilots while I'm out sailing.  If I see a ship coming my way on a narrow part of the Elizabeth River I'll call on channel 13, the standard channel for bridge to bridge communication, to ask their intentions.  The pilots have always been more than happy to communicate their plans.  Once I know what they are doing, where they are heading, I'll give them plenty of room.  These ships don't have brakes.  I like to stay well clear of their path. 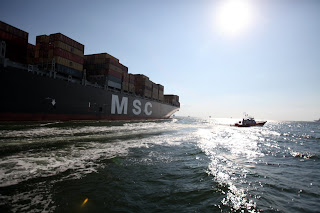 We picked up the ship just off of Cape Henry, then followed it past the Lynnhaven anchorage, through the Chesapeake Bay Bridge Tunnel and the Hampton Roads Bridge Tunnel. We entered the James River then turned into the Elizabeth River, my weekend sailing grounds.

It was good to be on the water, good to get a different perspective.  Thanks for the ride. 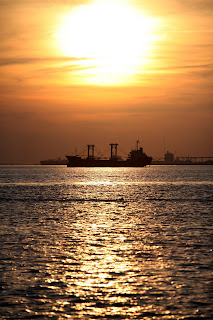