the Russians are coming 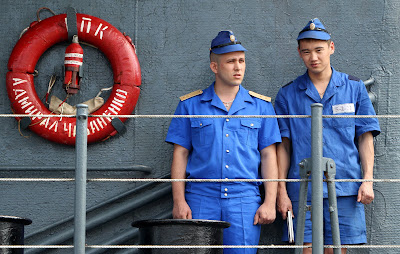 I was out at the Naval Station in Norfolk when the Russians came in this morning.  It was the Admiral Tchabanenko, an anti-submarine warfare ship.  The ship had a very dark grey hull and what struck me as a 1960's design.  Officers wore broad brimmed hats, enlisted men wore bright blue uniforms with small caps.  She was in town to take part in a exercise with ships from the US and a few other nations. 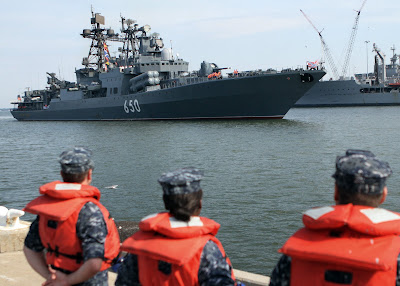 At first I thought that was the new Russian flag (I'm not much of a historian, but even I knew that the hammer and sickle design went away when the Soviet Union broke up).  But no, it is the Russian Navy Jack. 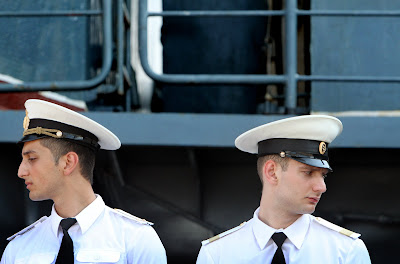 I did not get much of a chance to interact with the sailors.  But they seemed very friendly, very excited to be in a US port.  Very few of the sailors spoke English, but I heard talk of the beaches and amusement parks.  And hot weather.

It is hard for me to think that I was raised in the 60's and 70's with the notion that these people were our enemies.  Maybe they are our enemies, I'm always a bit naive about that sort of thing.  But on a personal level, these seemed like good people.  And I was glad to have met them. 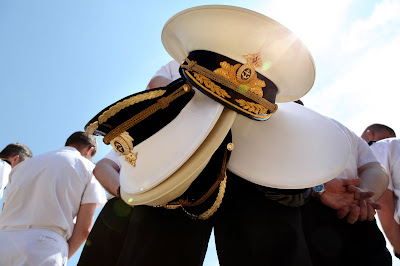