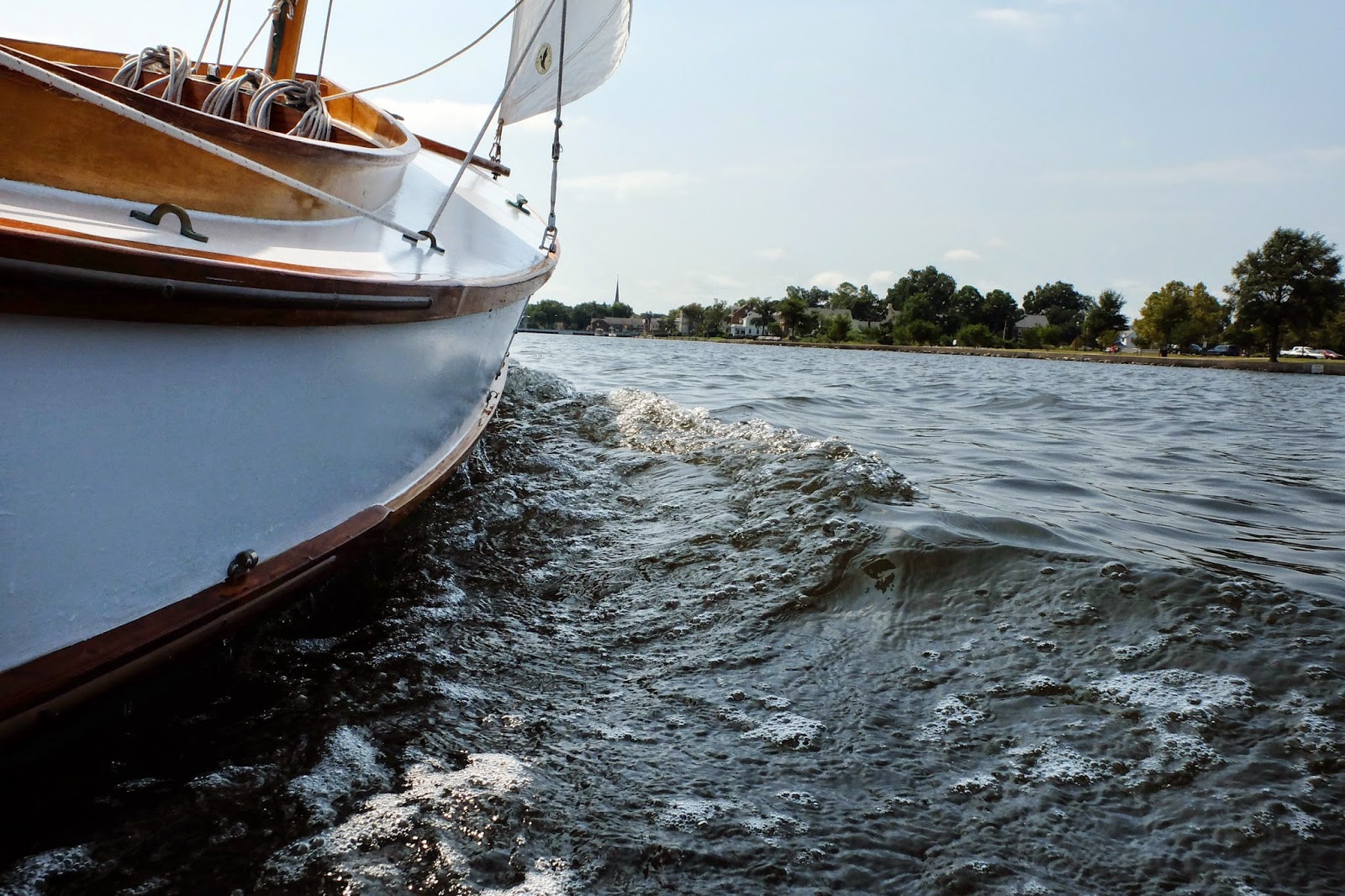 A very nice day on the river with about 10 mph wind out of the southeast.  The southeast, not the typical summer southwest.  This has been the mildest summer I can remember.  Little, relatively speaking, humidity and winds out the the east, north and southeast.  Someone told me that the weather channel reported this as the coolest summer in about 20 years, and I can believe it.  While sailing today I tried to remember if I had tucked in a reef at all this summer.  I may be wrong but I can only recall having a reef tucked in coming out of Peter Mashoes Creek on day eight of the spring cruise. 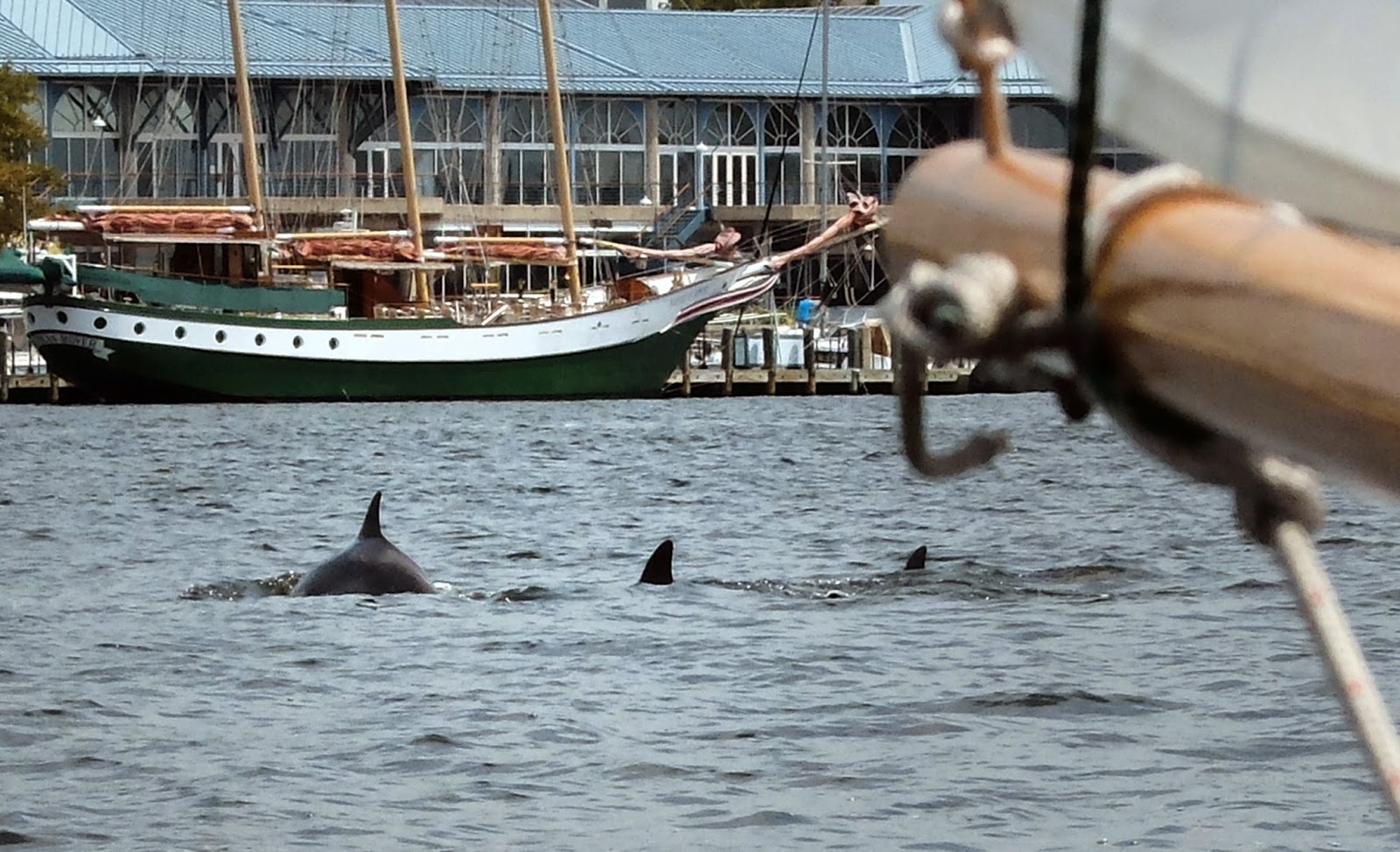 Few sailboats were out today, I don't know why on such a nice day, but small pods of dolphin kept me company, coming so close at one time I could see their grey backs as they swam beneath Spartina.    Pretty cool. 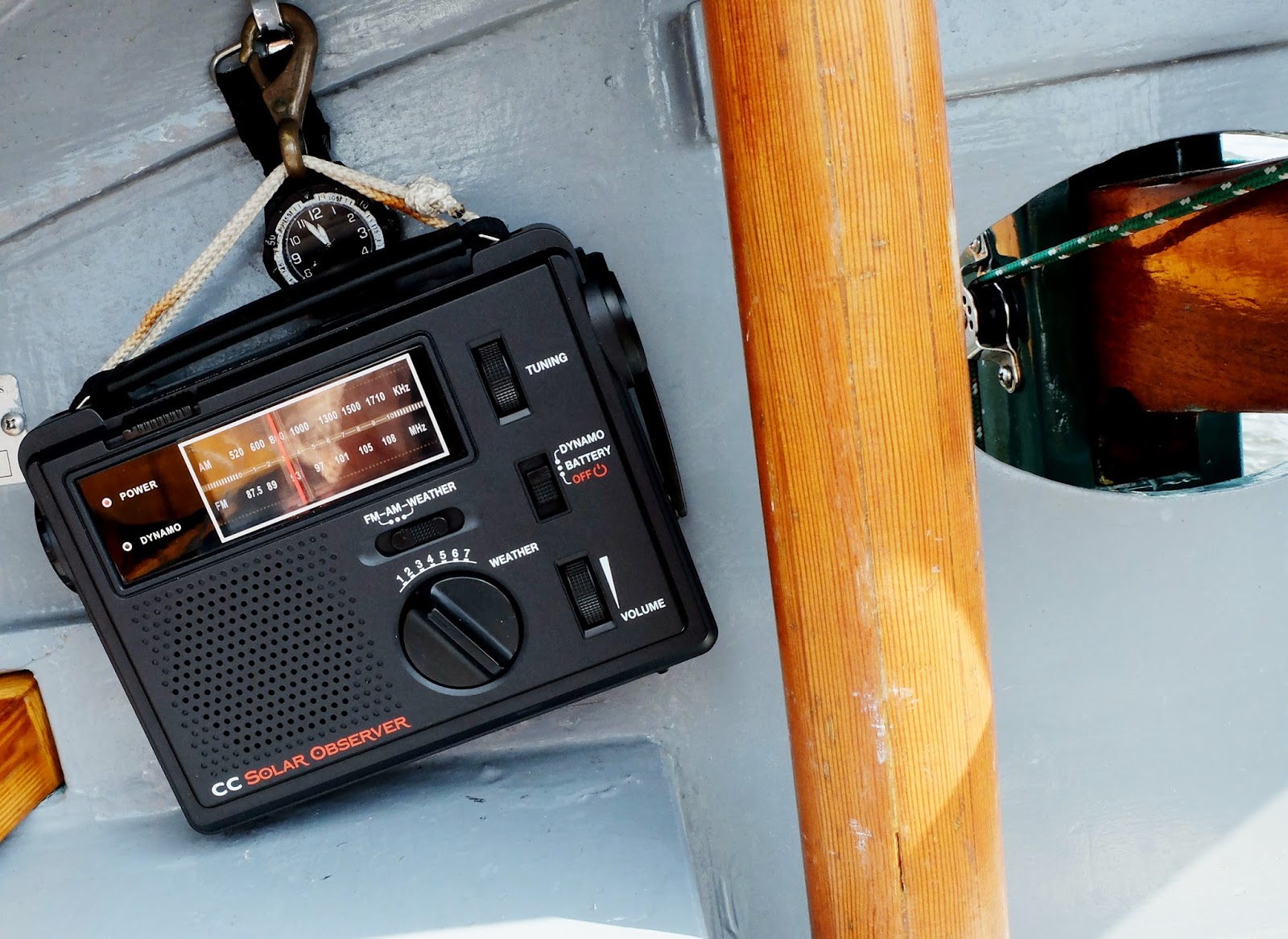 Just as I have not reefed all summer, I have not listened to the radio either.  I don't know why, it was not a conscious decision.  The radio, a new one, rested comfortably in a gear back.  I got it out today for football, U. Va. vs. UCLA in what sounded like a futile effort.  Radio (and hopefully dolphins too) will be my company on the sail which starts in a few days.  Sailing Tangier Sound and north on the Bay, within reach of stations out of Baltimore and Washington DC, is great for the sports fan.  We've got baseball - The Nats and the O's, both in first place in their divisions - and football - the Ravens and the Washington football team (who cannot lose enough in my opinion).   And of course for every game played there are hours and hours of talking about them.  I will listen, I suspect, until I can listen no more.  The radio does have an "off" switch. 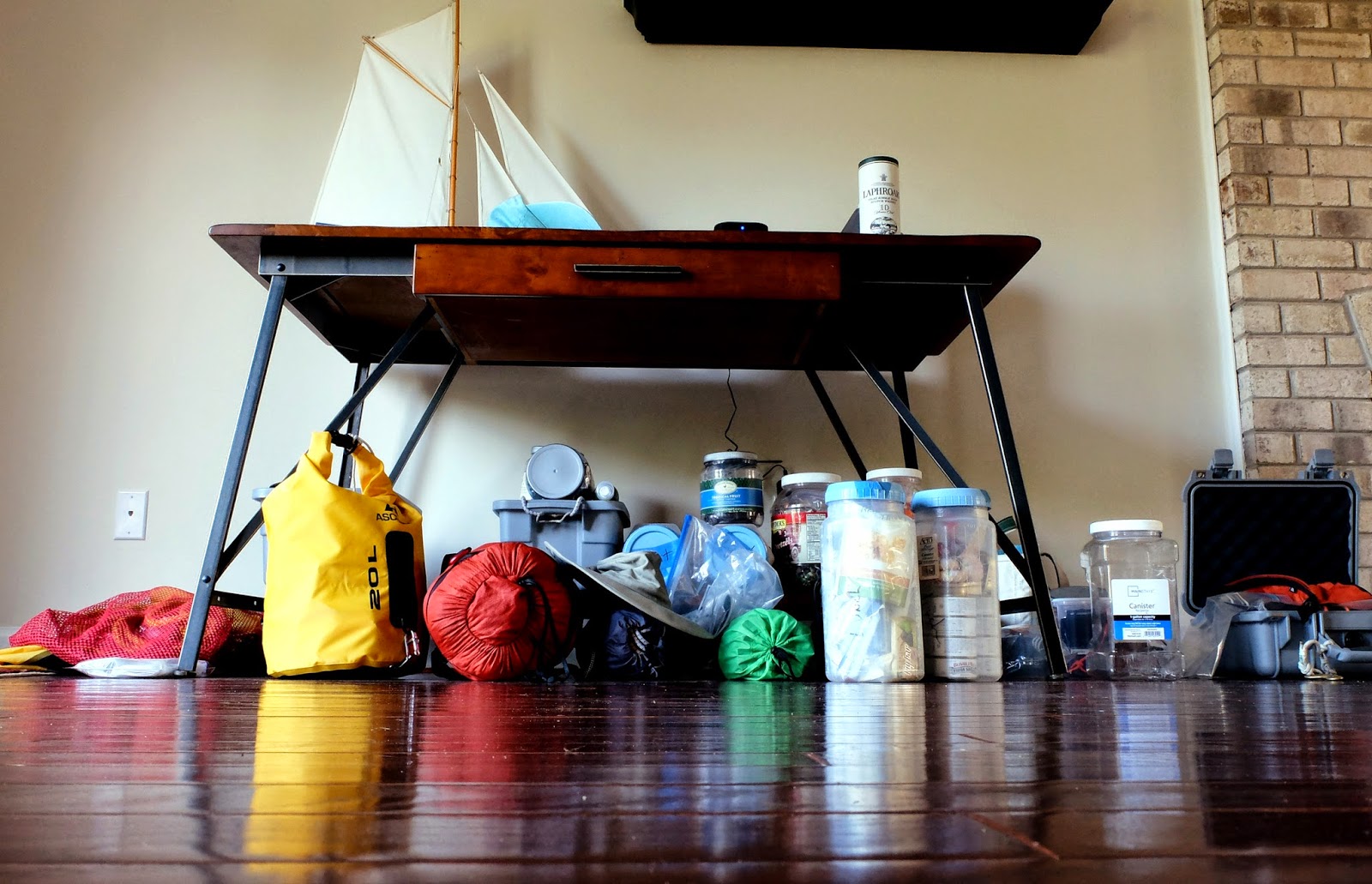 The pile of gear in the living room is growing.  There is food, sleeping gear, notebook and cook kits, cameras, solar charger and various other items.  The amount of gear surprises me, as does the way it all disappears into the hull of Spartina.