Pathfinders on the water, South River to Sardinia / worth the price of admission 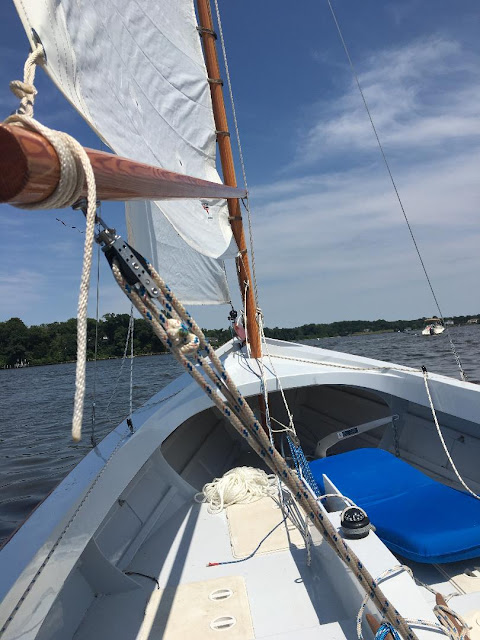 Bobby took his new (to him) Pathfinder LAGNIAPPE out for his first sail this weekend on Selby Bay and the South River, and doesn't she look great. 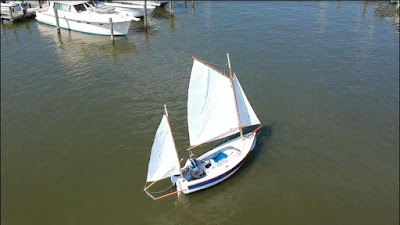 From Bobby:  She sails beautifully. I have a few rigging things to figure out, getting the mainsail shape right most notably.

We had good wind Saturday, and with three of us in the boat we had some sustained beam reaching at 6 knots. The boat points remarkably better than I thought she would. 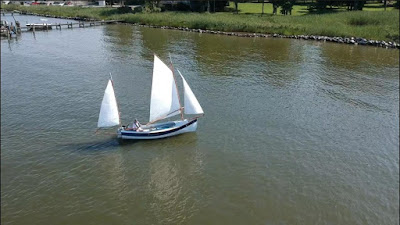 All in all I'm over the moon. She's exactly what I wanted. Next order of business is to commission a boom tent so I can get out for some overnights as the weather cools. 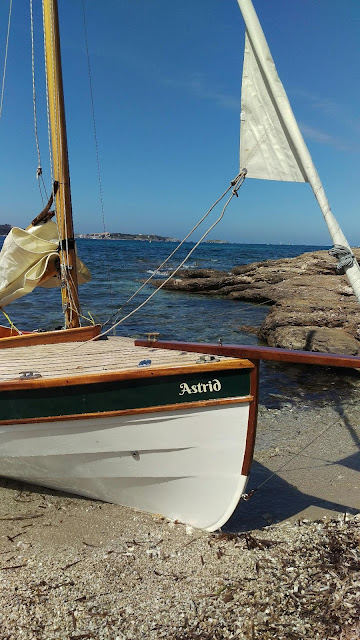 And Lorenzo, who lives on the shores of the Mediterranean, has taken his family and the Pathfinder ASTRID to Sardinia.  He has posted a brief video, which will tell you something about how well a Pathfinder sails, from his single-handed sail from the bay where he launched ASTRID to where she'll be moored.  Lorenzo has posted wonderful photographs of the family adventures on Sardinia in the past, I'm hoping for more of the same from this summer's trip. 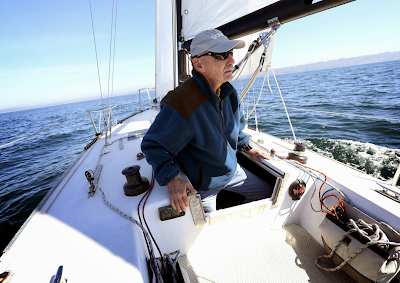 This past weekend the Chesapeake Bay Maritime Museum posted the participant registration forms for the Mid-Atlantic Small Craft Festival.  I signed up right away, my third MASCF in a row (which is being much too social for for my taste) but I want to go as circumnavigator, author, artist and good friend Webb Chiles is the Saturday night speaker.

Being 25,000 miles-plus into his sixth circumnavigation, this one aboard the ultra-light Moore 24 GANNET, he will no doubt have some interesting stories to tell.  I have heard Webb speak before, I wince when I realize it was over 20 years ago (but not quite 30!).  Trust me when I tell you that Webb's talk will be well worth the price of admission. 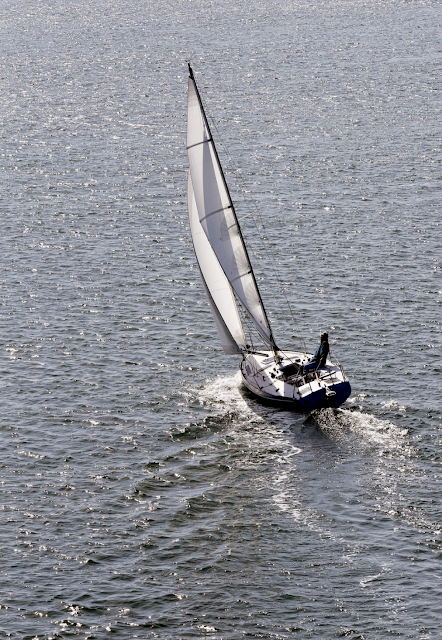 Pathfinders are fantastic boats, all over the world! But now ..I'd like to know more abut the Moore 24 Gannet!

Looking at Bobby's gaff, he seems to have the same issue I had. The cable on the gaff to which the halyard is attached makes it very difficult to tension the gaff when the sail is fully raised (no reefs). I blocked the halyard running forward with a rope clamp somewhere in the center of the cable. Now I can easily tension the gaff, eliminating the ugly crease in the mainsail and improving performance. Please forward msg to Bobby.
Thanks,
Rik