Here is a very nice report from Paul Stewart, also known as Dances with SandyBottom, about a scouting trip for the Watertribe NC Challenge that he and his son Alan (in the bottom photo) made aboard their Core Sound 20 "Dawn Patrol." 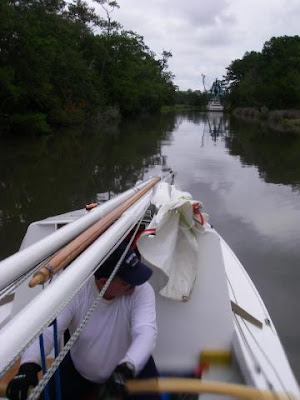 They covered 65 miles out of the 100 mile NC Challenge course. They also got some unexpected practice righting a capsized boat when an gust of wind caught them in a deep trough and put the boat over on its side. Paul's report is worth reading just for the detailed description of the recovery. Impressively, they were back under sail in 20 minutes. 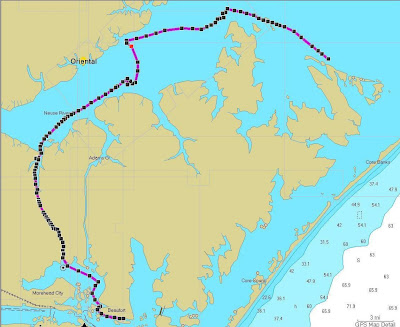 I have not met Paul or his wife SandyBottom in person, but I've exchanged emails with both over the last several months. They take a very methodical approach to their journeys. I've learned a lot of lessons from them both. I do look forward to meeting them out on the water someday.
steve 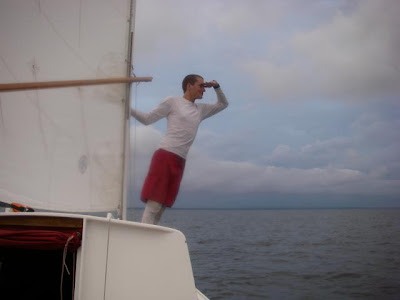 Steve, Thanks! You know Dawn and I both greatly enjoy following all your posts. --Paul