forecast - yes, there will be weather

I got a call from Bruce tonight, he is back in San Diego after what sounds like a great photo/rafting trip. I think he'll be posting a photo or two soon.

He did ask me what the weather would be like. It is kind of hard to tell this far out but I did check the forecast. Looks like we'll be leaving under a high pressure system and then a few days later a second high pressure system will be moving in. Sounds good. Highs in the high 80's, lows around 70. Probably humid the first couple of days, drying out a little after that. But who knows? 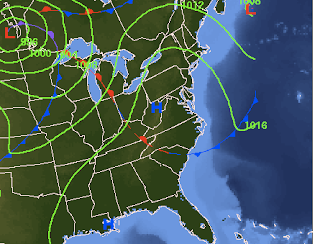 If this forecast below holds true it would be just fine with me. Wind out of the east (what happened to the typical June winds out of the SW) at 9, some cloud cover (which is really pretty nice with a long day outside). We'll be heading SE across the Pamlico River from North Creek to the ICW. 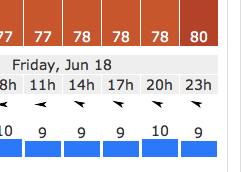 Just a year ago we sailed west to east on the Pamlico River. The wind was out east then too, but blowing over 20 miles an hour, gusts higher. That was quite a ride. This should be a much easier sail. 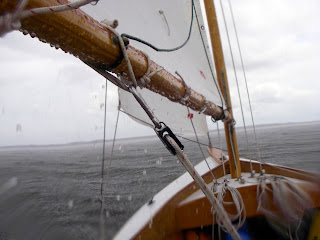