the walkabout, and other trips

That's the forecast for the inner banks for the next four days.  Pretty nice don't you think?  I'll head down to Hobucken early tomorrow morning, hope to rig and load at Pate Boatyard and be on the water well before noon.  I can't wait.

Later today I'll post my spot tracking page for anybody that is interested in following the trip. 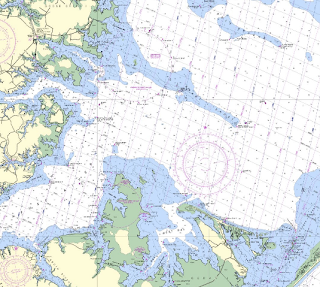 The chart above includes a lot of my sailing territory - the southern end of Pamlico Sound, the Neuse River, the bays behind Cedar Island and the north end of Core Sound.  I can't wait. 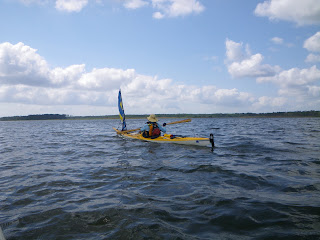 After a long, cold winter I'm glad to he heading out on the water.  I've only daysailed twice this year, the weather has not cooperated at all.  Normally I would have been out six or eight times before the first cruise of the year.  But after getting in over 600 miles of sailing in four cruises last year I think I'll be in good shape for this trip.

It's a busy time on the inner banks for small boats.  Friends Dave and Kristen (that's Kristen above and below) just did a very nice four paddle - also out of Shawn's place in Hobucken - that included Jones Bay, the Pamlico River, Beard Island and Belhaven.  (Can you find a place better than Pate's Boatyard to launch a small boat off of Pamlico Sound?  I don't think so.) 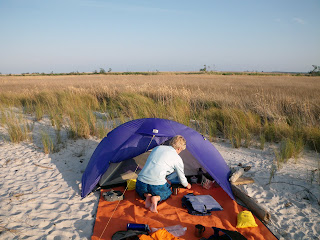 And on Monday, just as I'm heading north past the Bay River and Jones Bay Curt, below, will be arriving a little to the south of me on the Neuse River with his Drascombe "Annie" for a two week cruise that should include Beaufort, Cape Lookout, Core Sound and maybe Ocracoke.  I wish we could cross paths but I don't think it will work out this year. 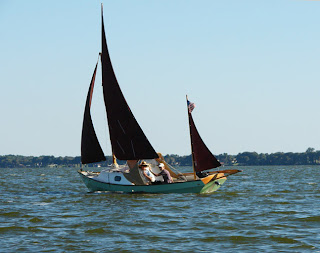 i'll be watching your track from Vandemere. :)

Alan,
it did cross my mind that you were just a ways up the Bay River. I'll keep my eyes open for a cat ketch with a yellow hull.
steve

Very much looking forward to living nefariously through you, Steve--have fun!

Nefariously? Have you been talking to my wife and kids? I'm not that bad ;).