does green mean go? does on mean off?

I had planned to use yesterday as a GoPro camera test, mounting the camera with a new "wrist" mount which is perfectly suited to strapping the camera to mizzen and main masts, booms and gaffs.  The idea was to set the camera to shoot one image per minute for as long as the battery lasted.  I thought the battery charger had a green indicator light, meaning the battery was charged and ready to go.  I set up the camera as I was rigging Spartina.  Thirteen minutes later (and just 13 images) I hear a series of beeps indicating the camera was shutting down.  The battery was dead.  Maybe I misread the indicator light, maybe I installed the wrong battery.  I am doing tests now and will have it figured out soon.  This is the kind of problem I like to find well before a cruise. 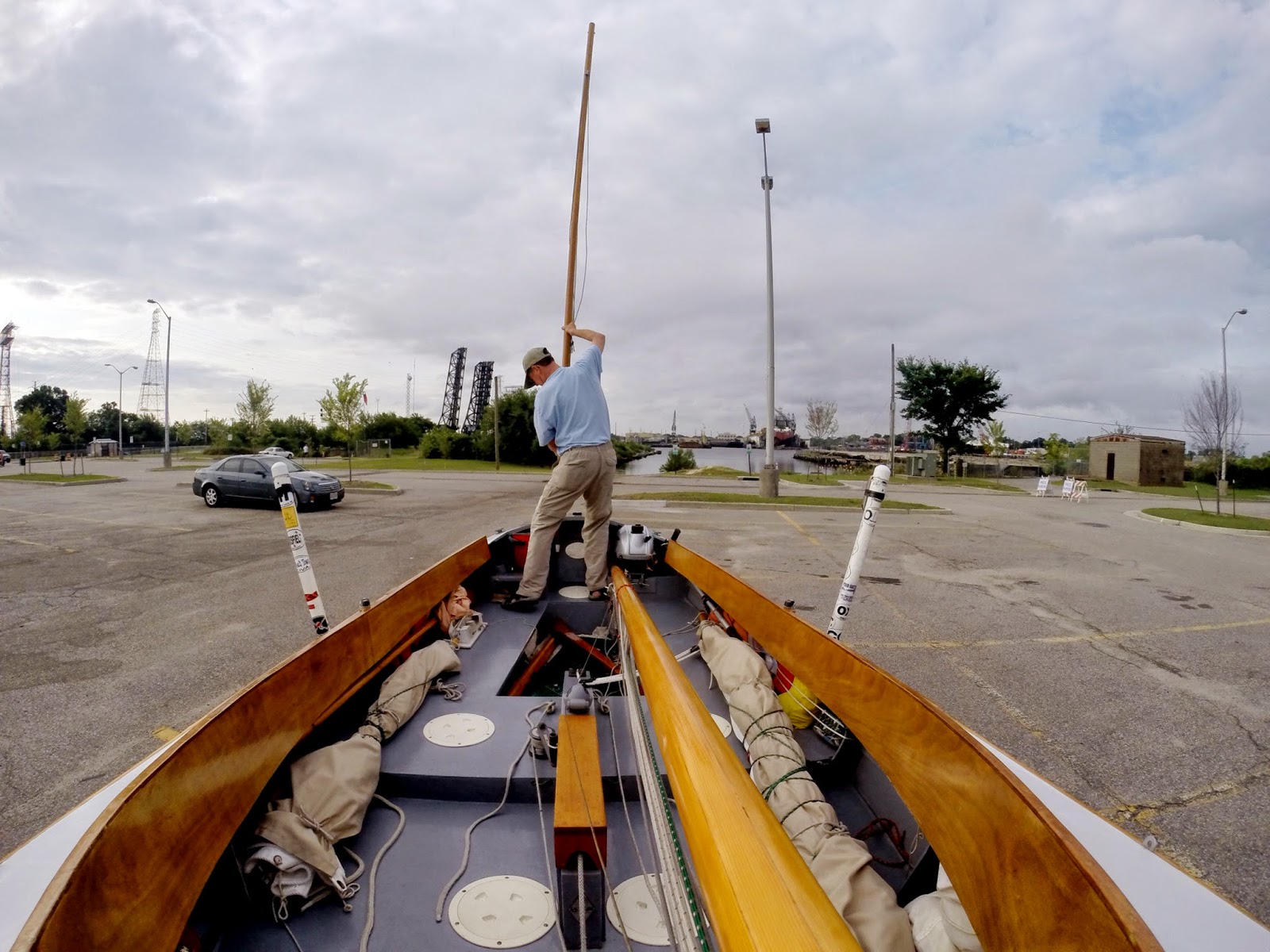 The last few sails I've been having trouble with my Honday 2.3 hp four-stroke outboard.  It would start up fine and I would motor down the river to where I raise sail.  Later in the day, getting ready to head by to the ramp, I would have trouble starting the outboard.  I would check the settings - choke, fuel "on" and gas cap vent "on."  I would do the standard solution for a flooded outboard - wait five minutes and then attempt to start, again without luck.  I checked the spark plug.  The outboard would turn over, but seemed starved for fuel.  Finally, even though I knew that there was plenty of gas in the tank, I would take off the gas cap to check the fuel supply.  Then I would replace the cap and - what do you know - the engine would start right up.

After a series of tests, both on the water and in the garage yesterday, I realized that the on/off vent on the fuel cap was closed in both the off and on positions.  Running the engine with the vent closed created a vacuum in the tank and, at a certain point, cut off off the fuel supply.   How did this happen?  I don't know.  I'l take a look at the gas cap this week and see if I can repair it.  I do know a new gas cap is $60.00. 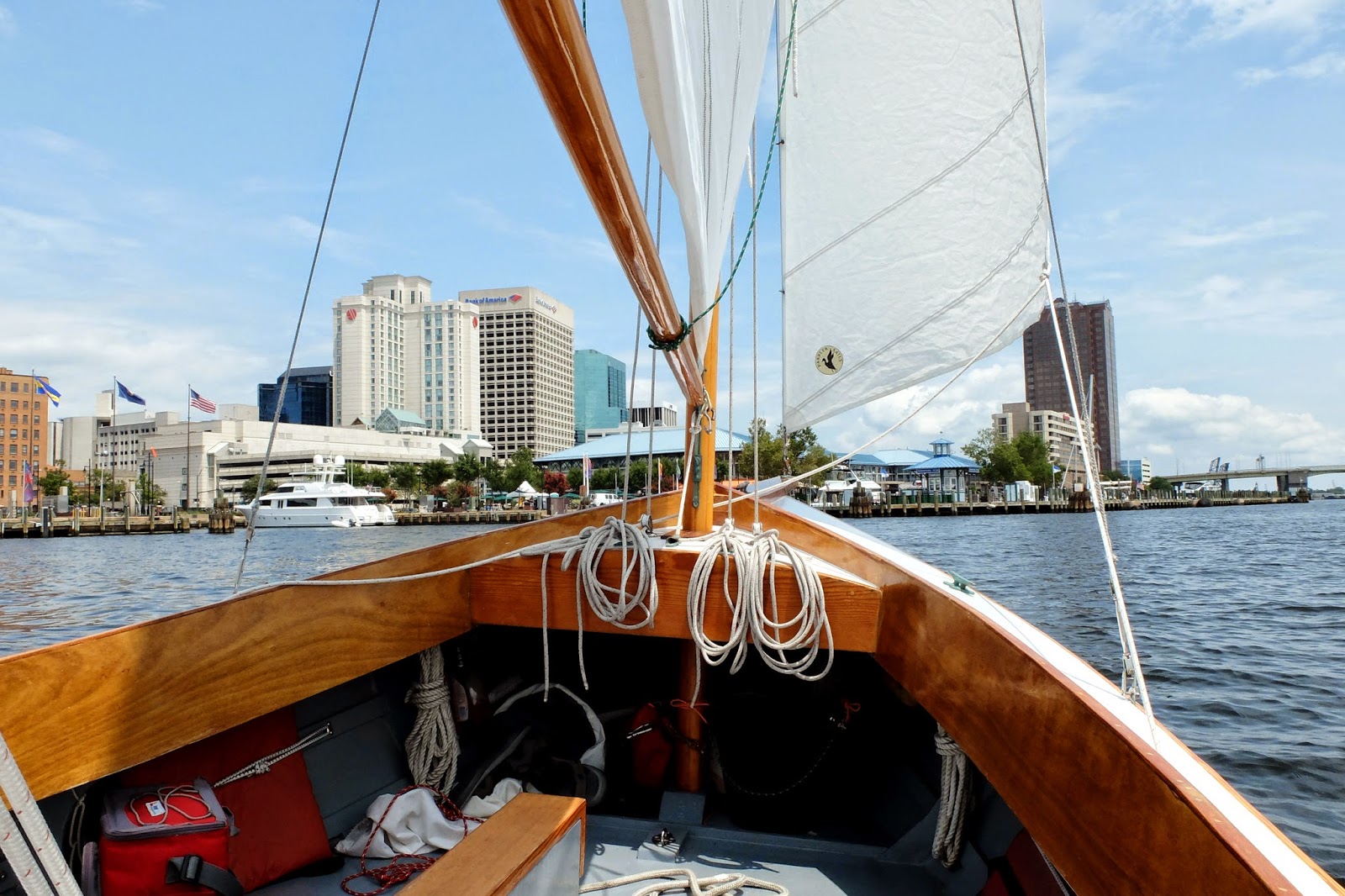 Yesterday's sail was a delight.  North wind, cool (relatively for this time of year) and dry, is unheard of in this area for mid July.  No complaints here.  The wind sock, below, blown to tatters by the passing of Hurricane Arthur, has indicated north and northeast winds for much of the summer.  Typically we get strong southwest winds that bring hot, humid air our way.  I will take that north wind for as long I can get it.

As for the battery and gas cap issues, I'm pleased to have identified the issues.  Plenty of time - about six weeks - until the next cruise, and I'll resolve those issues well before then. 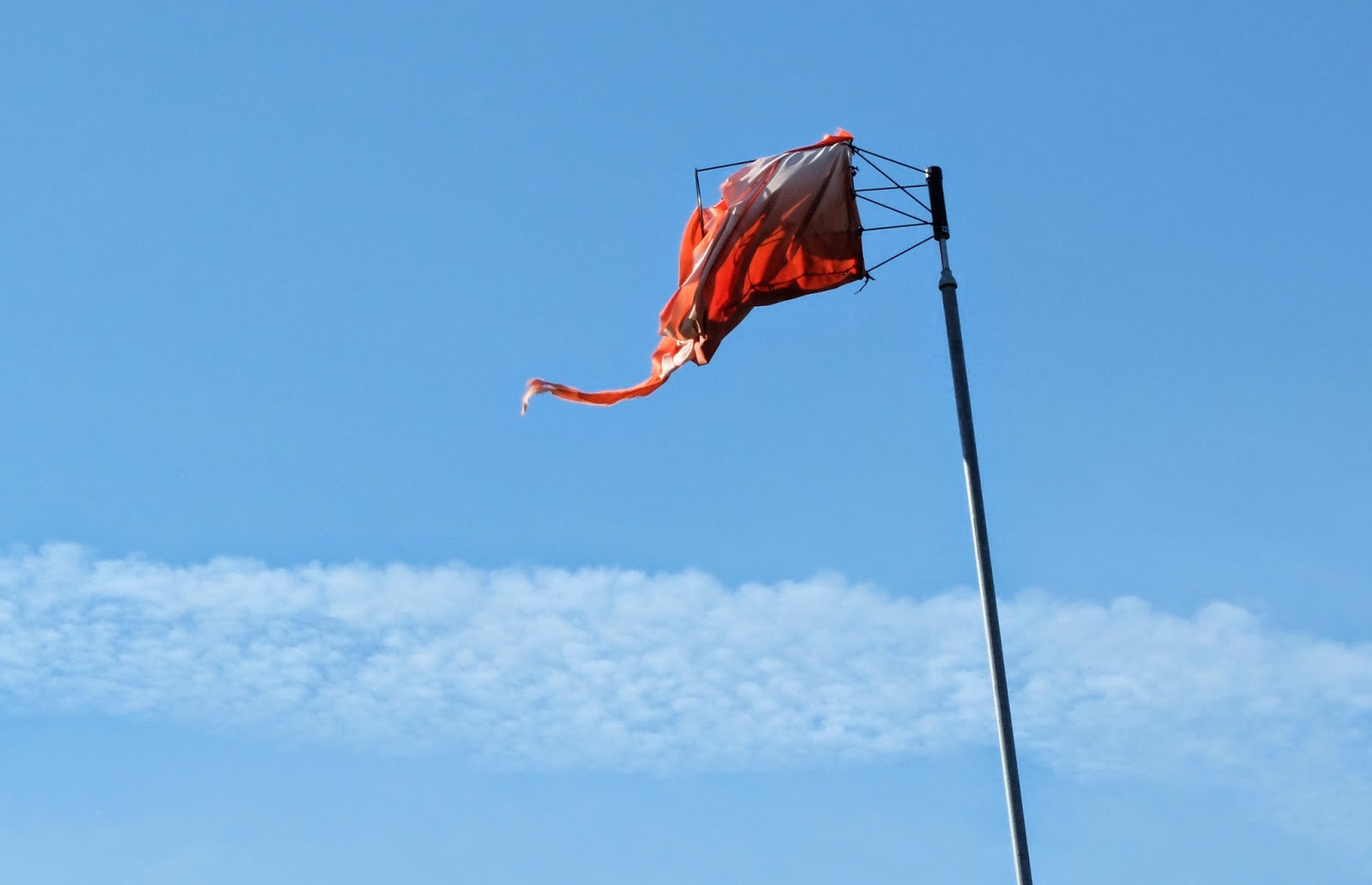