tracks: Arthur's, Webb's and mine 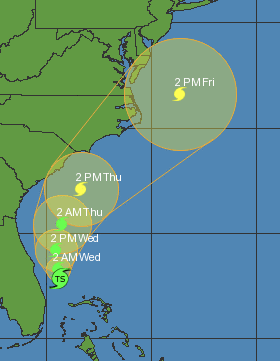 The forecast path of Tropical Storm Arthur, or #awfularthur as it is known on twitter, has moved slightly to the east and shows the storm reaching hurricane strength earlier in its course.  The Outer Banks are still within the "cone of uncertainty."  We should have a better idea by late tomorrow morning about Arthur's path. 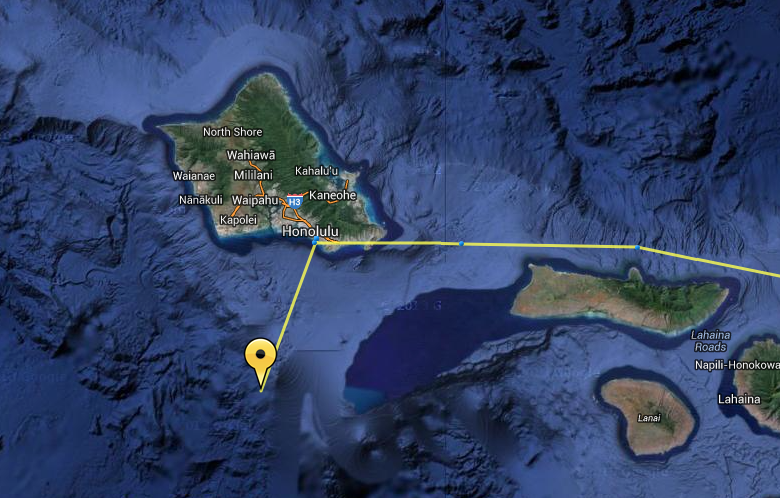 And a few hours ago Webb Chiles, after delaying his departure from Hawaii by a few hours so he could watch the world cup match between the US and Belgium, cast off on board GANNET for Apai, Samoa.  He expects to arrive about July 21.

As for me, I may head south to Hatteras, I may head north to Onancock or I might just stay home.  We'll see
Posted by Steve at 9:45 PM