more from the GoPro 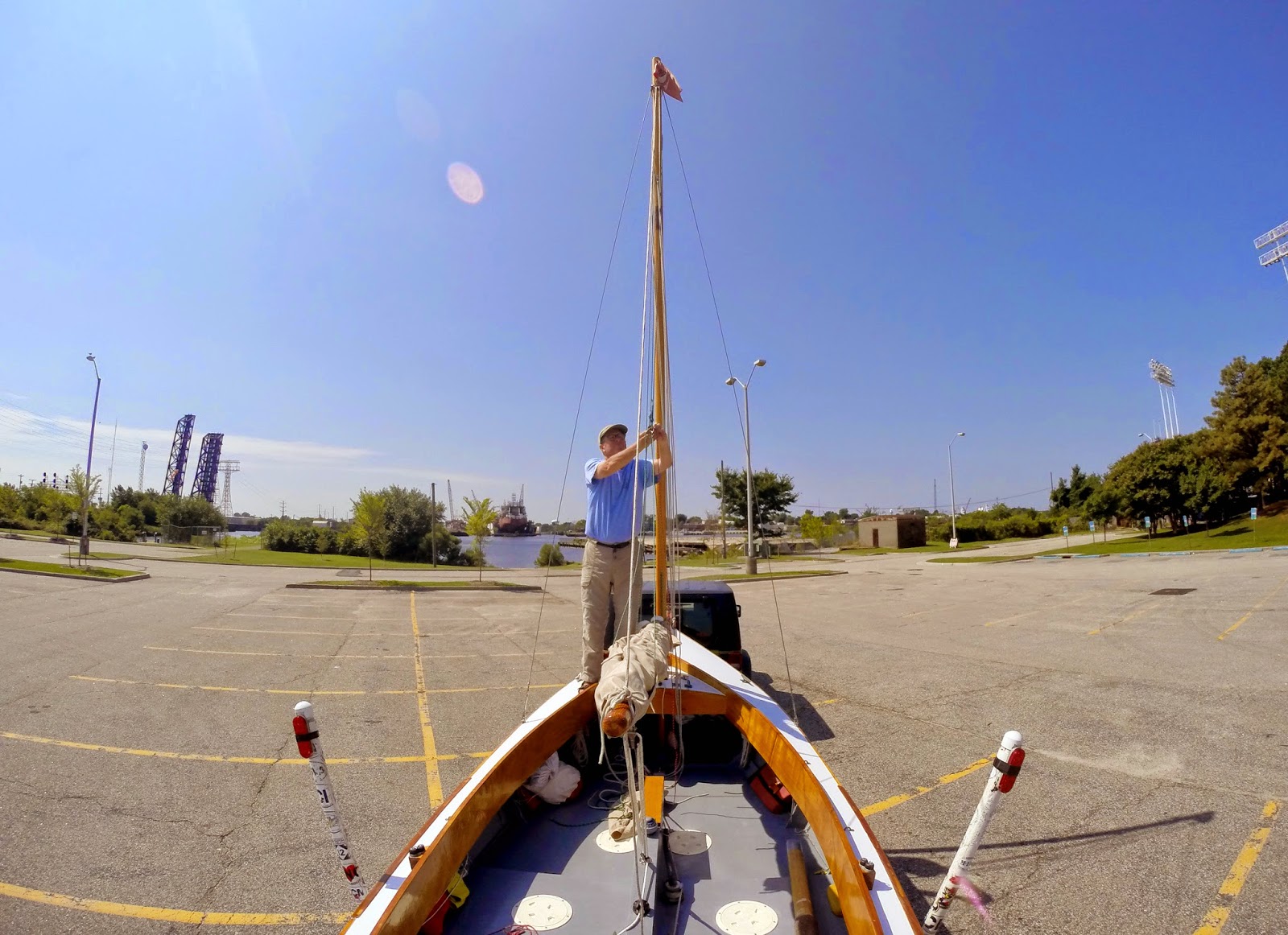 A few more photographs from the GoPro, shot yesterday and today on the Elizabeth River. I find I like the images best where I have the camera mounted level to get a flat horizon and, for most part, vertical lines.  The very top frame, while rigging the main mast, the camera it tilted up and the horizon has an inverted curve.  The image just abve, the camera is tilted slightly down, resulting in a curved horizon.  And the photograph below, the camera is level, the horizon straight and the flag pole is vertical.  That's just about right, I think. 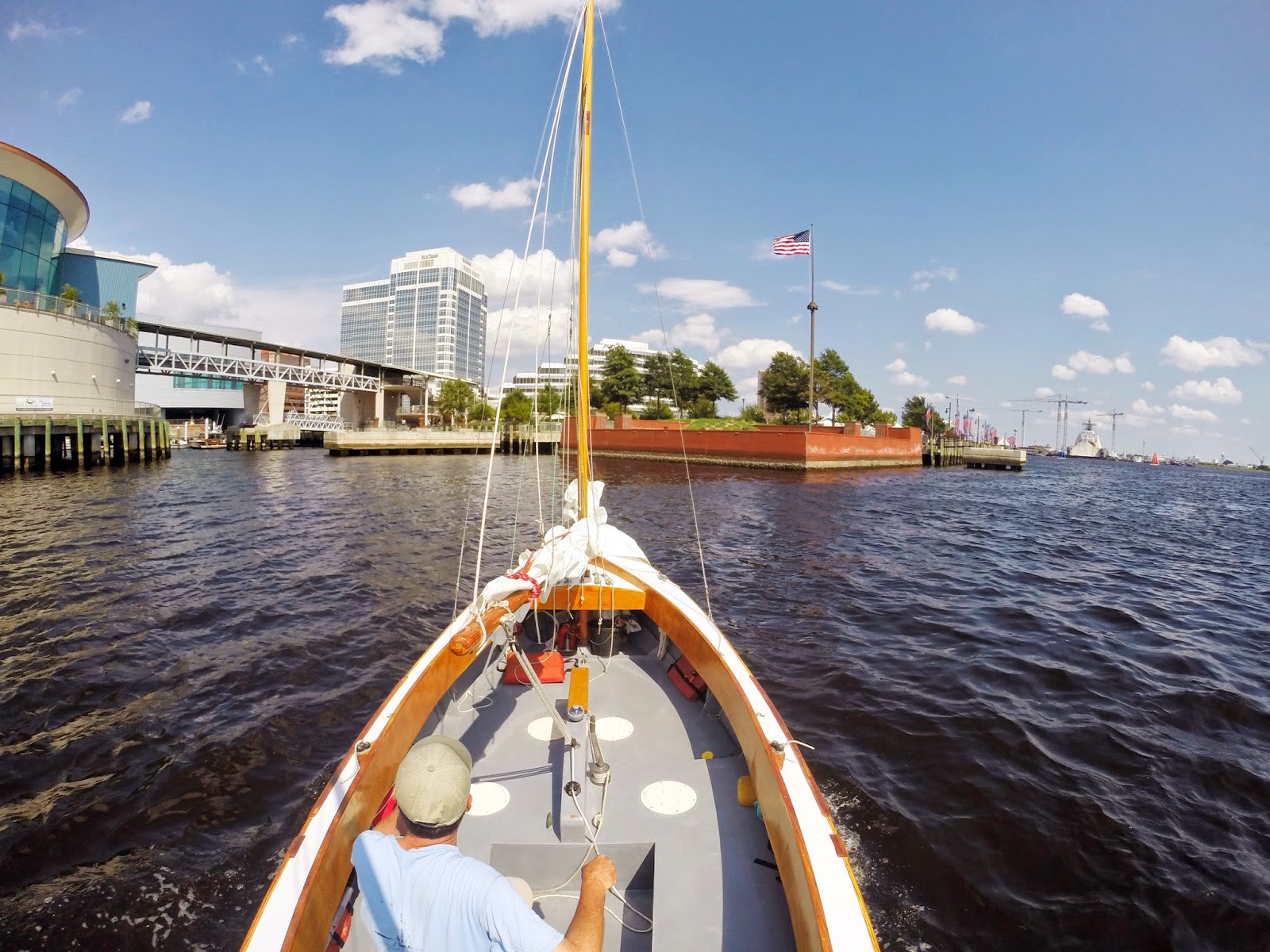 The "auto" white balance setting works best in full sun, but there is enough information in the files that contrast and color balance can be tweaked in PhotoShop to get decent results, as in below. 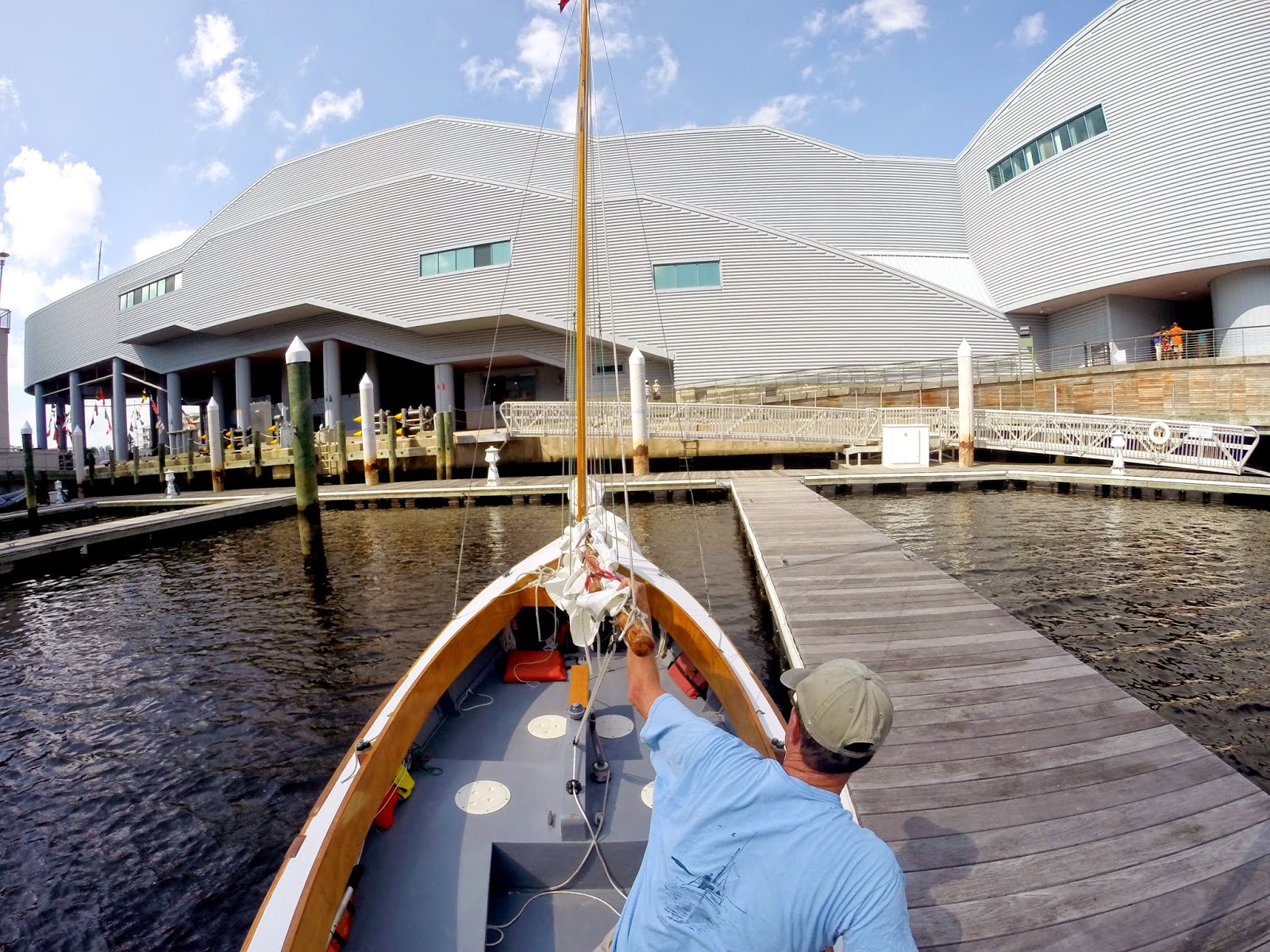 Below is from this morning, with an overcast sky.  Camera was mounted on the forward end of the boom looking aft.  Not too bad on the distortion.  With the mounting gear I can only mount directly in line with or perpendicular to the mounting surface, in this case the boom.  I would have like to have angled the camera so that it was pointing directly aft, but I don't seem to have the hardware for that.   The horizon is not bad (but could be better) and, if the camera were pointed directly aft I think I would have avoided the curved mizzen mast. 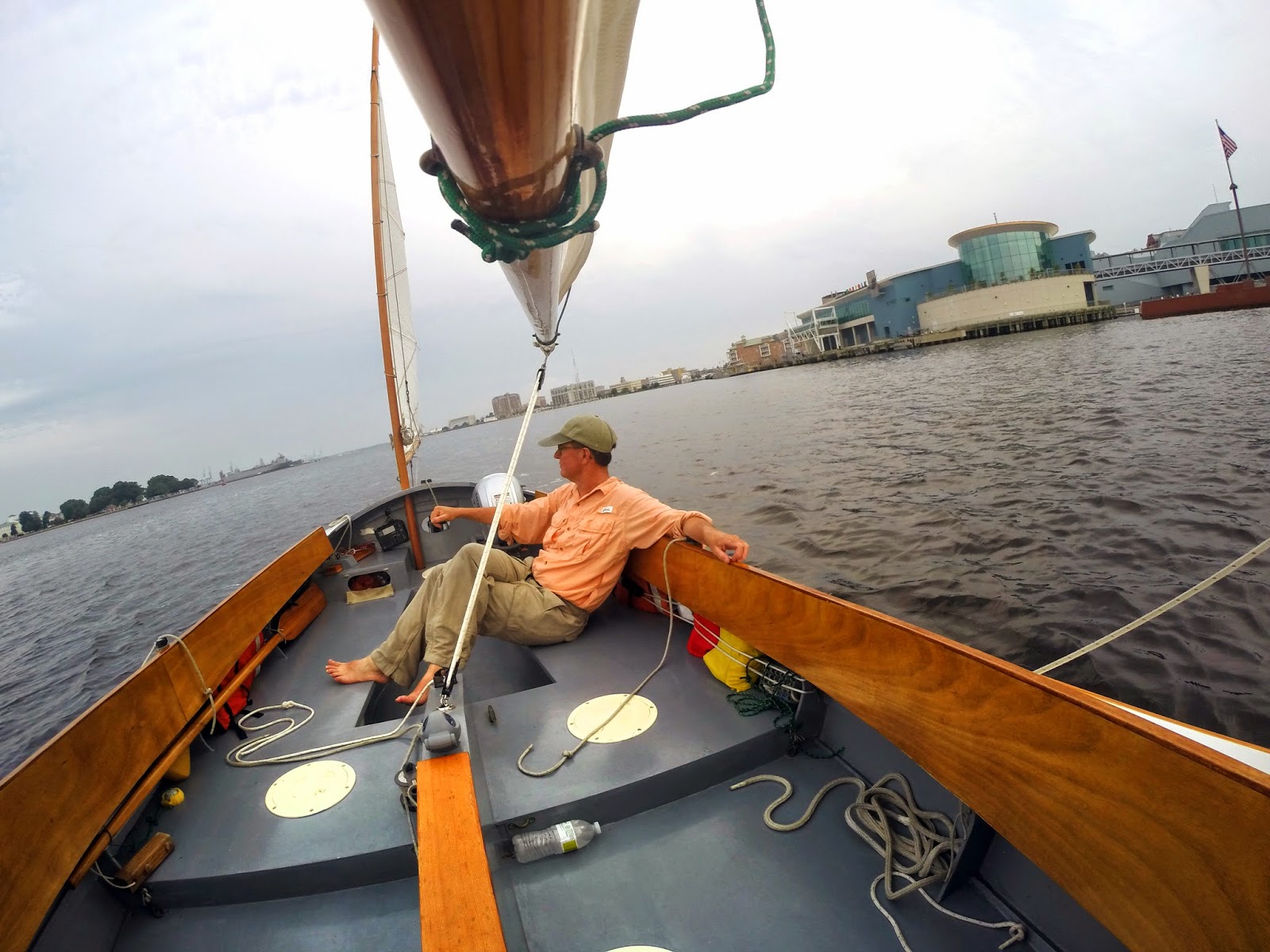 For a short while had the youngest daughter on board, home for a weekend visit from college.  Sometimes I think the best thing about small boats is getting Dad and daughters to talk.  Or in this case, getting Dads to talk while the daughter laughs at what they are saying. 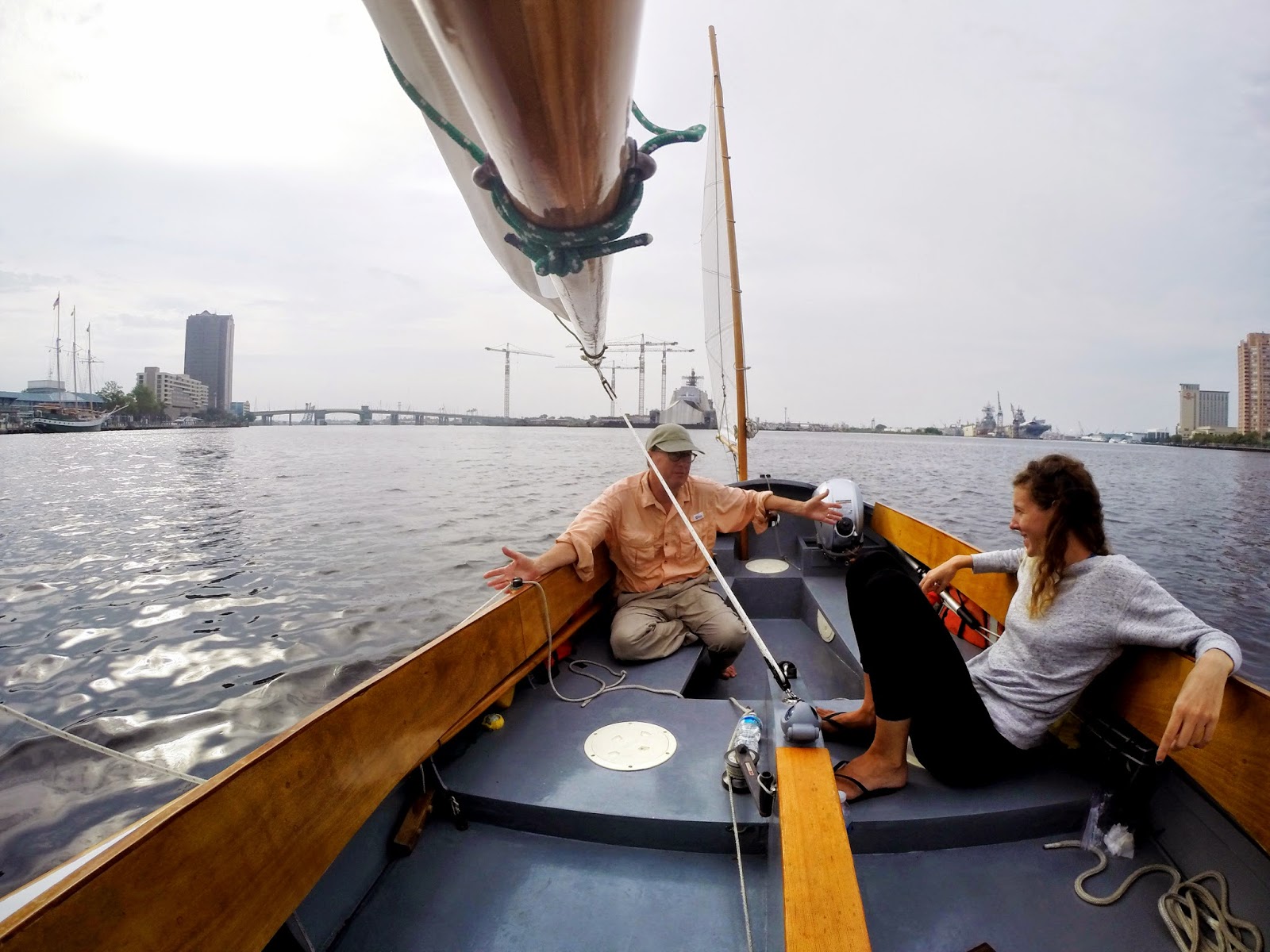 I've loved having my GoPro to video sailing trips. It is fun to play with the various mounting options to see the various POV's.