hands off!!!! - an unintentional photo essay 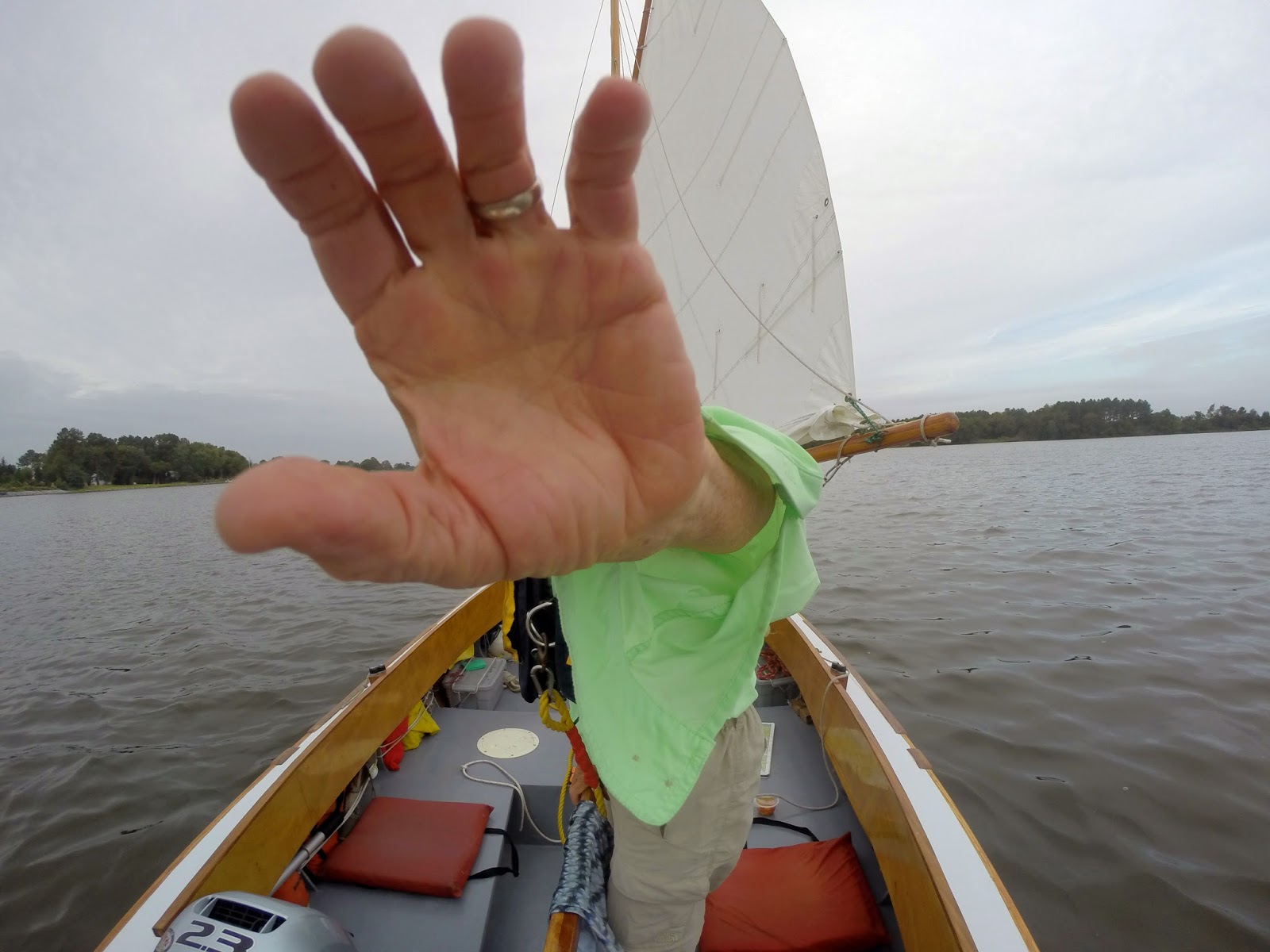 Sorting through all of my GoPro images I had to laugh at the many photographs I took of my hands.  Sometimes the left hand, sometimes the right.  Sometimes I seemed to be hiding my identity (I wasn't), sometimes I seem to be soaked (I was).  The images were the result of my using the camera in the interval shooting mode at two seconds.   I would place the camera on the mizzen mast or main boom and pushed the shutter button on top of the camera (or in many cases beneath the camera as I was shooting with the GoPro inverted).  Apparently the camera takes the first image a nano second after pushing the button, often catching my hand as I pulled it away.  I really do like the camera.  Shooting for a few minutes at one frame every two seconds generates a lot of frames, but in there somewhere there is often a nice photo.  Hopefully one that does not include my hands. 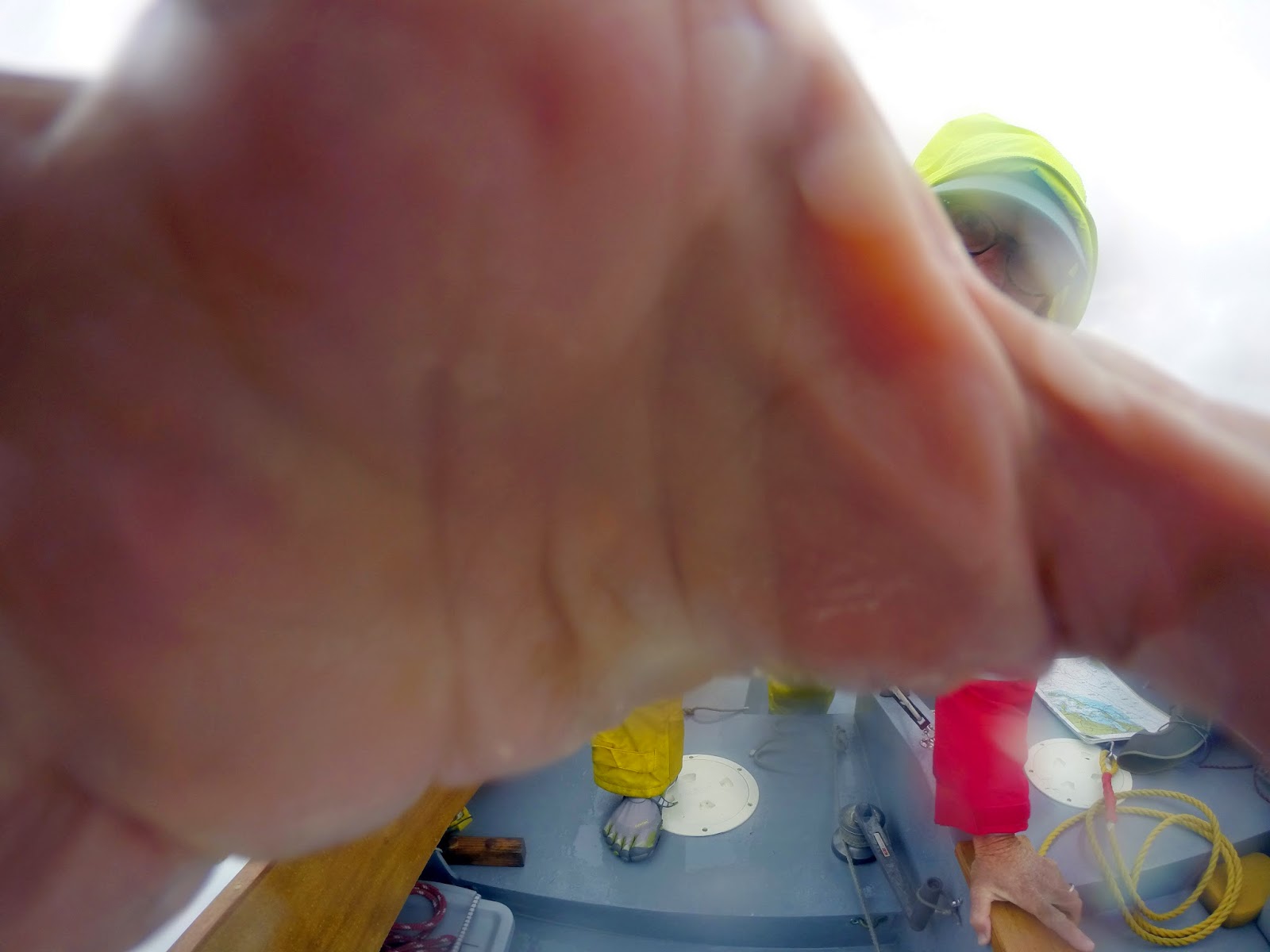 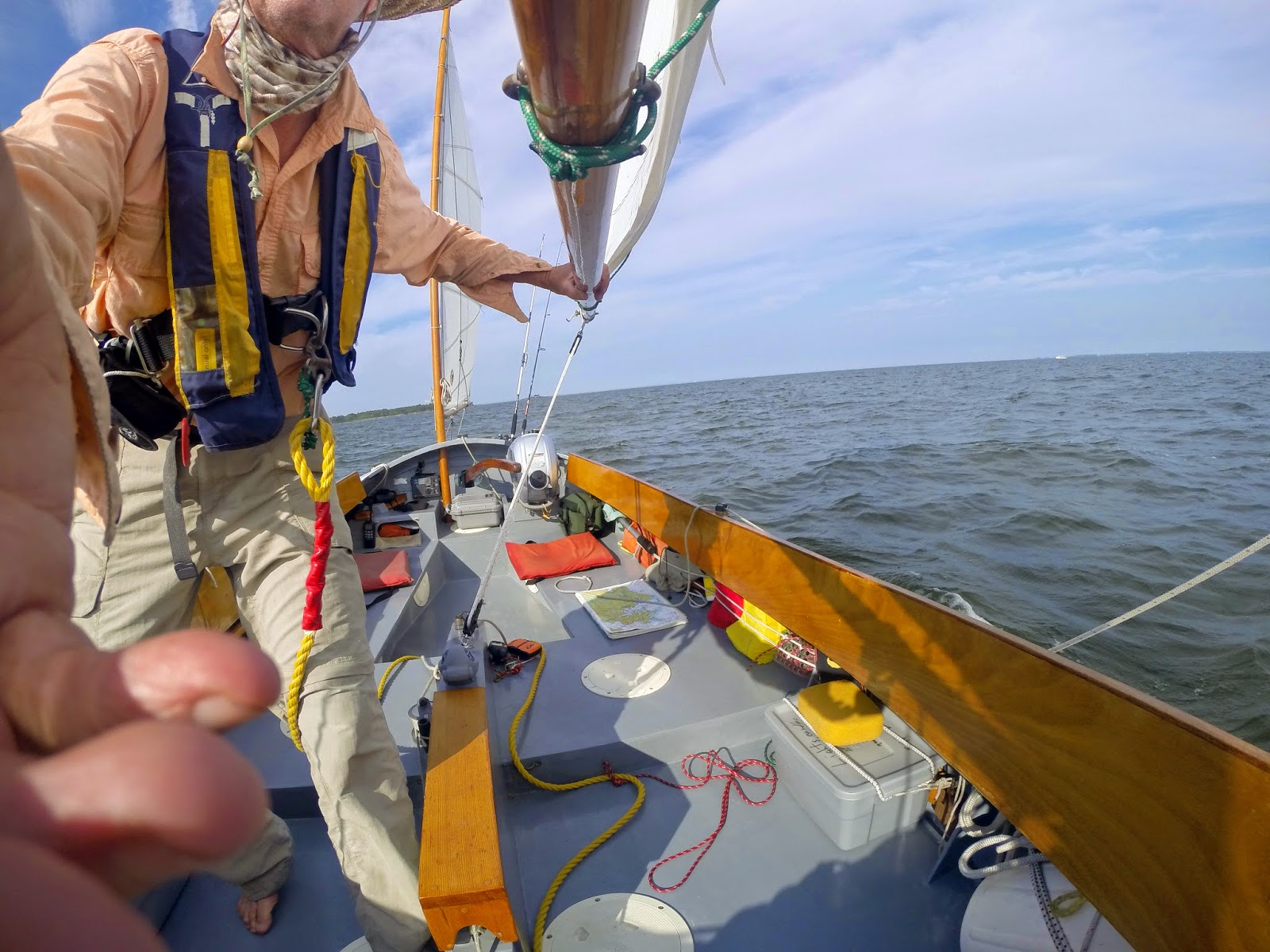 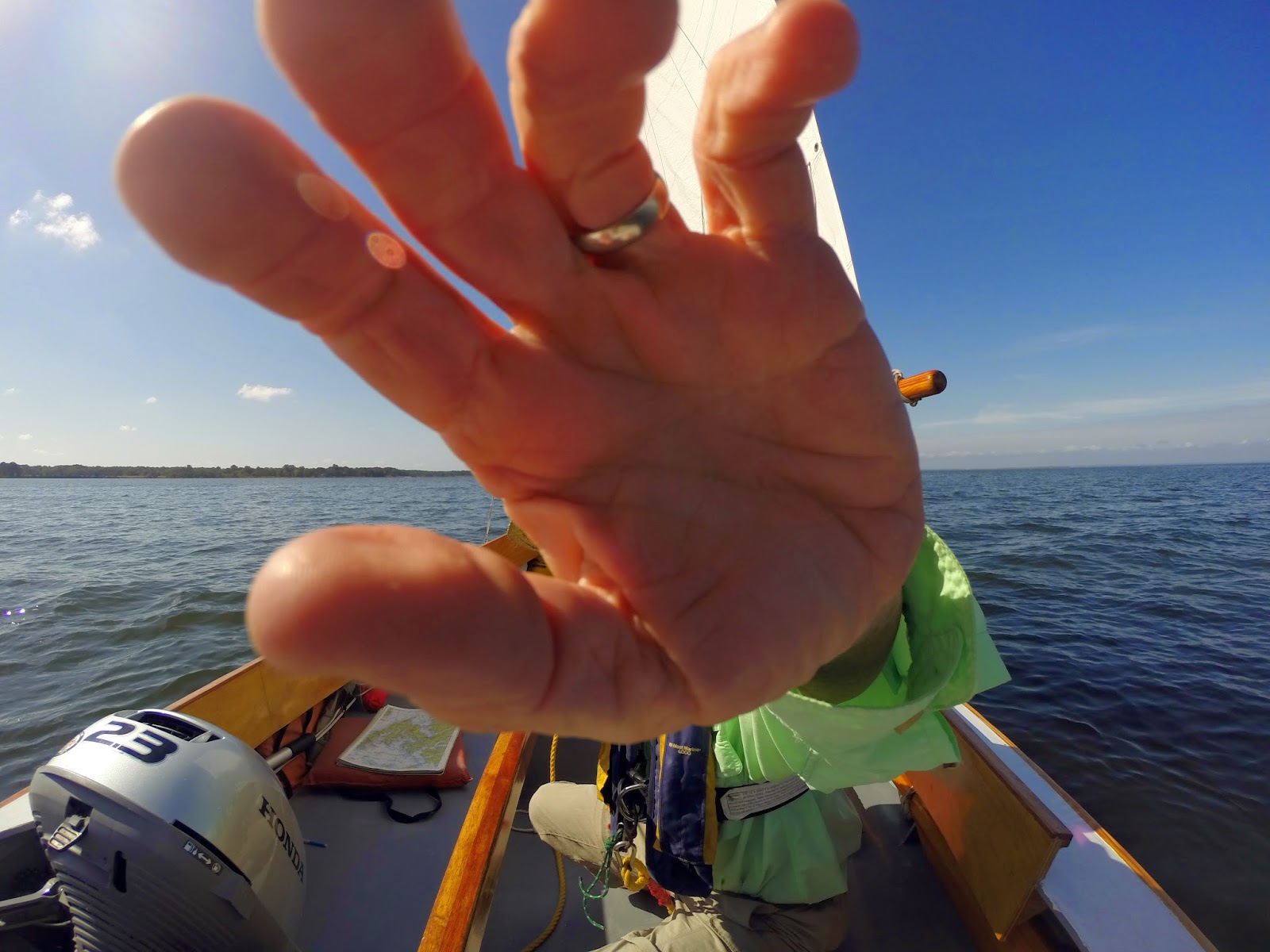 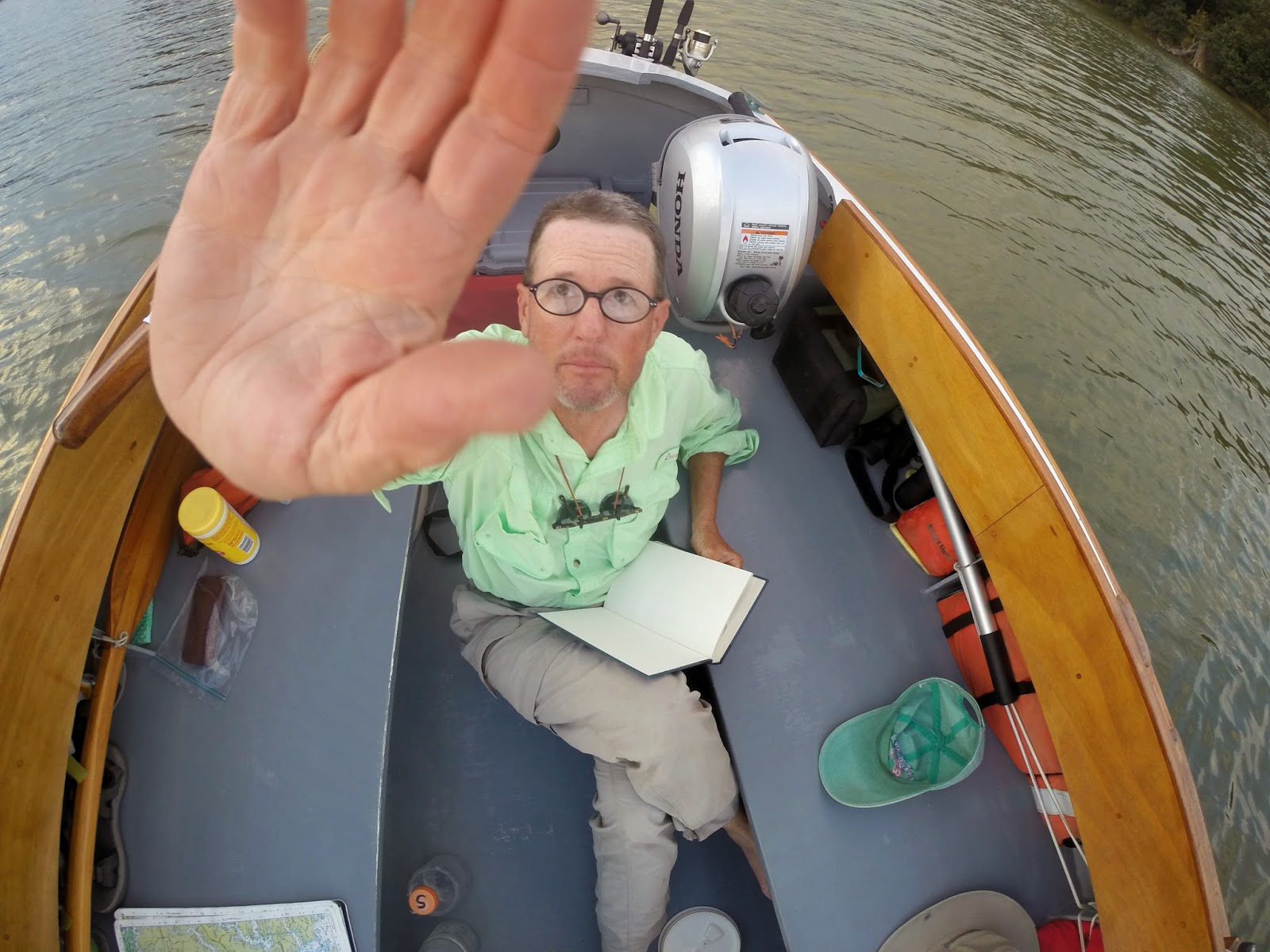 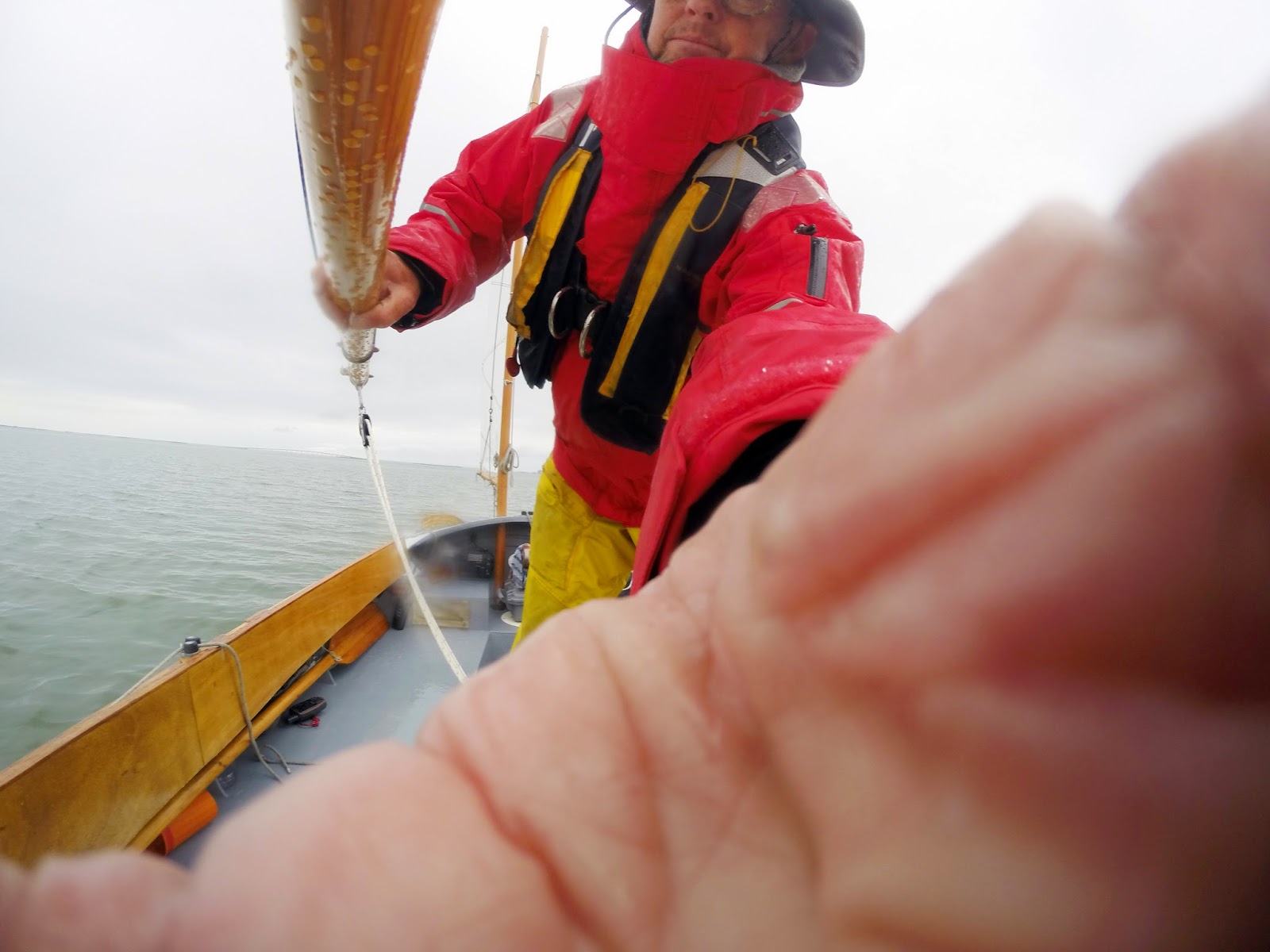 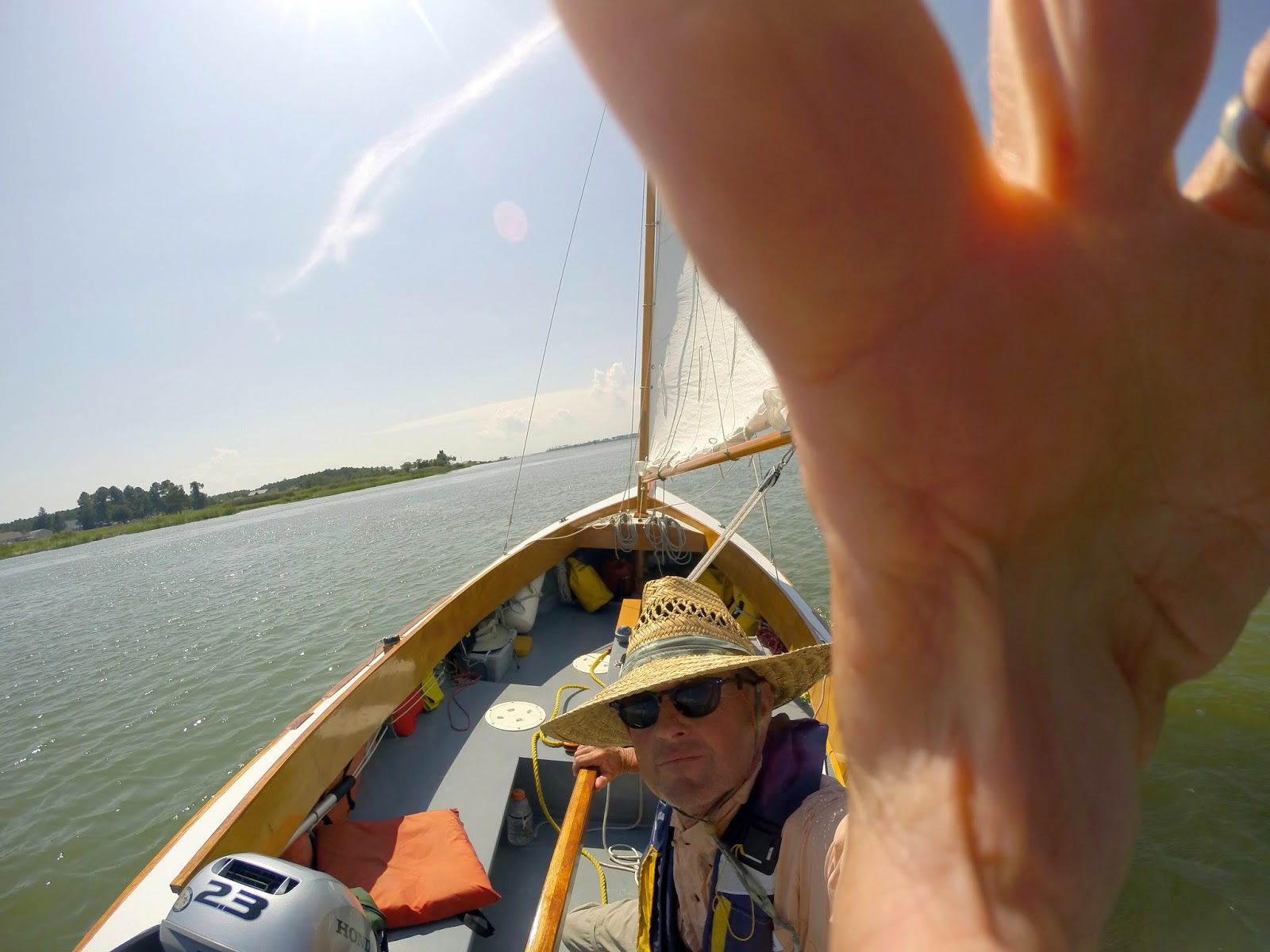 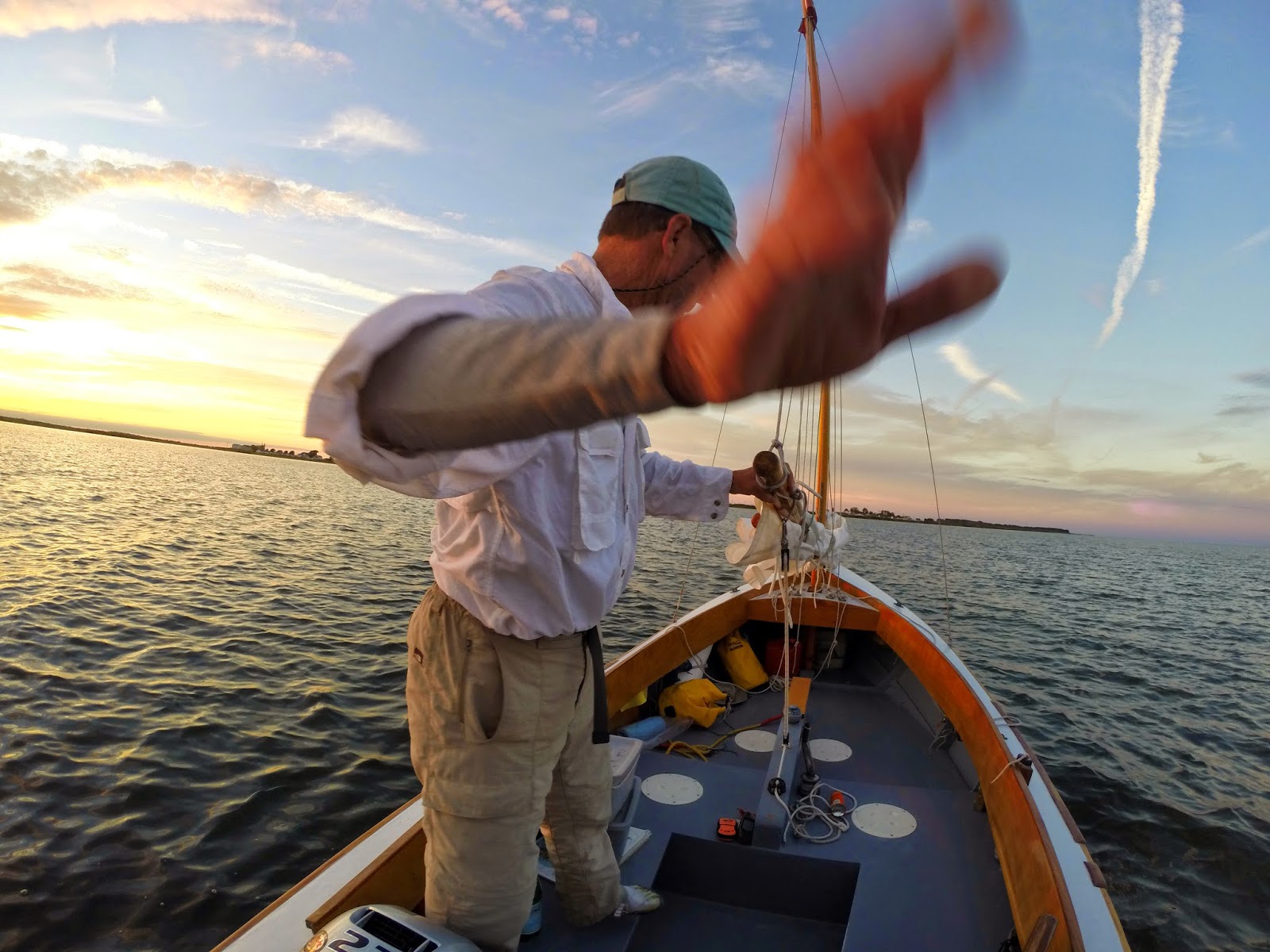 I need to look into getting one of those neat cameras.

They are very nice cameras. Simple and fun. steve