portrait of an absent sailor

We should have gone sailing today.  Still a bit chilly today but with a steady north breeze and bright blue skies.  But the sailor, Webb Chiles, is caught in the midwest.  And Gannet, the boat he plans to sail around the world, is tied to the dock in Quivera Basin.  I asked Webb if I could visit the boat and he said yes, in fact he would appreciate having me check on her.  He later he told me I was welcome to visit Gannet as often as I like, giving me the combination to the lock so I could have a look inside. 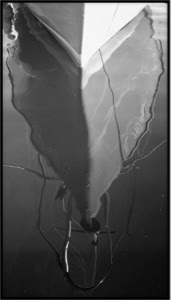 A close look at a boat is very much a close look at the sailor.  When Webb tucked the gear away and locked up the cabin weeks ago he could have only expected that he would be the next person on board.  But by chance, and Webb's hospitality, it was I.  Climbing below on Gannet felt like stepping into someone's life. 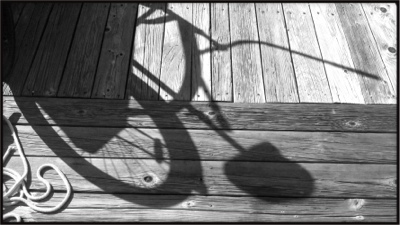 The cabin on Gannet felt comfortable and lived in.  No standing headroom at all, barely sitting room I expect for Webb, who is tall.  He had told me to watch my head, but at my height it was not a problem.  A couple of baseball hats were tucked in a stowage area along with some fittings, a pair of deck shoes below.  Up forward on the vee berth was a duffel bag with freeze dried meals, a stuff sac with sleeping bag and a box of cabernet sauvignon.  Batteries for the electric torqeedo outboard, charged off of solar panels of the deck, told of Webb living off the grid now in San Diego and - one day - on the ocean.  Large bags, maybe containing sails and Webb's inflatable raft, were tucked aft. 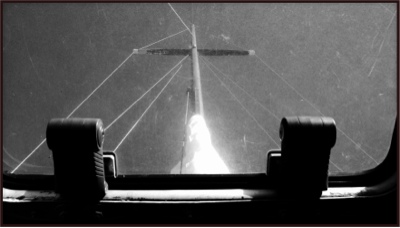 Mounted on the bulkhead were a new compass and an ambient weather station that showed a temperature warmer than in felt in breeze on deck.  Hanging from a plastic pipe along the port side were pieces of lines - white, blue, yellow, red and black.  Wedged beneath the berths were plastic bags, one with whipping line, another with electrical fuses and electrical tape.  Small plastic tubs held batteries, jars held more pieces of hardware.  A yellow waterproof notebook was visible in a small compartment.  I wondered what observations would be written down in the notebook, and from where.

There was a casual organization to it all - new, used and well worn pieces of a sailor's life, tucked away with everything in its place. 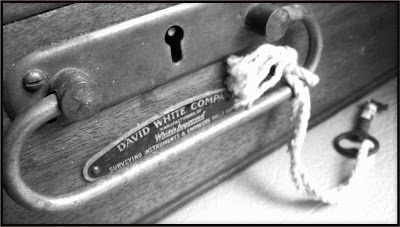 It was not my place to explore too much.  I looked around at the gear, recognized much of it from Webb's journal and photographs.  I did not peek inside the wooden box with the key on a string, though I expect I would have found a decades old sextant inside.  I did look into the galley duffel to find the crystal glasses that Webb told me he kept in there.  Webb said if I was there at the appropriate time that I should have a sip of Laphroaig from a crystal glass.  The appropriate time is sunset and I was there in the early afternoon, the Laphroaig will have to wait. 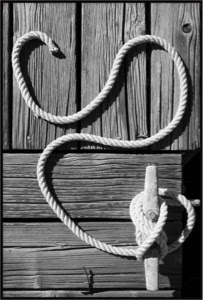 Sitting aboard Gannet I had to marvel at the whimsy of life.  Over thirty years earlier I was a high school student working in a dive shop a few miles from Quivera Basin, sometimes sailing my Dad's small boat on Mission Bay.  Webb was sailing his open cockpit yawl Chidiock Tichborne nearby, readying to cross oceans.  Twenty years ago we were both in the same room, but never met.  These days I am sailing an open cockpit yawl, much like Webb's Chidiock Tichborne, and Webb is again preparing once again to cross oceans.

And there I was sitting aboard Gannet.  The only thing missing was Webb, the sailor. 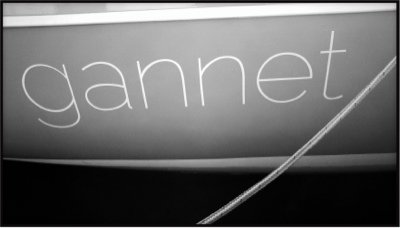 We're working on it. steve