the inside passage: disestablished

If I am reading the press release below correctly, it sounds as if Virginia's inside passage behind the Eastern Shore barrier islands could be at an end.  This is of course the passage we tried to make in early May.  The trip ended prematurely when we found shoaling in the channel behind Metompkin Island.  That shoaling, I am now hearing, has been going on since Hurricane Isabel in 2003, with Hurricanes Irene and Sandy adding to the problem.  There is very little commercial traffic on the inside passage and with a shortage of funds it is hard to justify dredging the channels and maintaining the markers for a few recreational boats.

The press release is a little vague.  It mentions navigation markers on Metompkin Bay, precisely where we found the shoaling, but at the same time it says the proposal includes removing 135 aids to navigation along 100 miles of the inside passage from Chincoteague to Fisherman Island.  That sounds like a lot more than just Metompkin Bay. 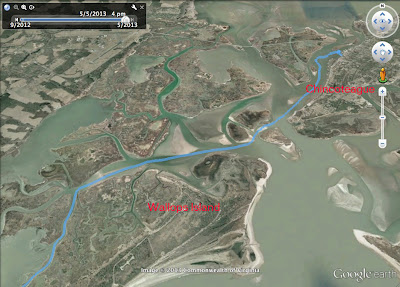 Bruce and I still plan on completing our circumnavigation of the Delmarva Peninsula, but we'll have to do it by sailing outside on the ocean from Chincoteague to Wachapreague Inlet.  I'm hoping the "disestablishment" process takes longer than a year - it would be nice to have channel markers south from Wachapreague to the southern tip of the Eastern Shore.

PORTSMOUTH, Va. — The Coast Guard is seeking public comment on the proposal to disestablish the navigational aids along the Virginia Inside Passage inside of Metompkin Bay near Chincoteague during the next two months.
The proposed disestablishment is due to encroaching shoaling conditions, limited surveys and a lack of funds to dredge the passage.
Navigation along routes from east to west or the inlets that lead to and from sea will not be affected by the changes.
The proposal encompasses the disestablishment of 135 aids to navigation along approximately 100 miles of the Virginia Inside Passage from Chincoteague to the northwest side of Fisherman Island.
The Coast Guard is soliciting comments on the proposed disestablishment and the possible impact on business operations and navigation along the route.  It is also requested that the type of transportation used is included in the correspondence.
Comments may be sent to Albert Grimes via e-mail at Albert.L.Grimes@uscg.mil or by mail at Commander (dpw), Attn: Albert Grimes, 431 Crawford Street, Room 100, Portsmouth, VA 23704-5004. 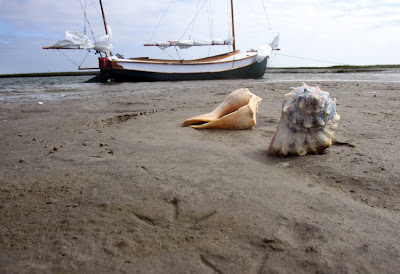