the sail, the float, the exploration 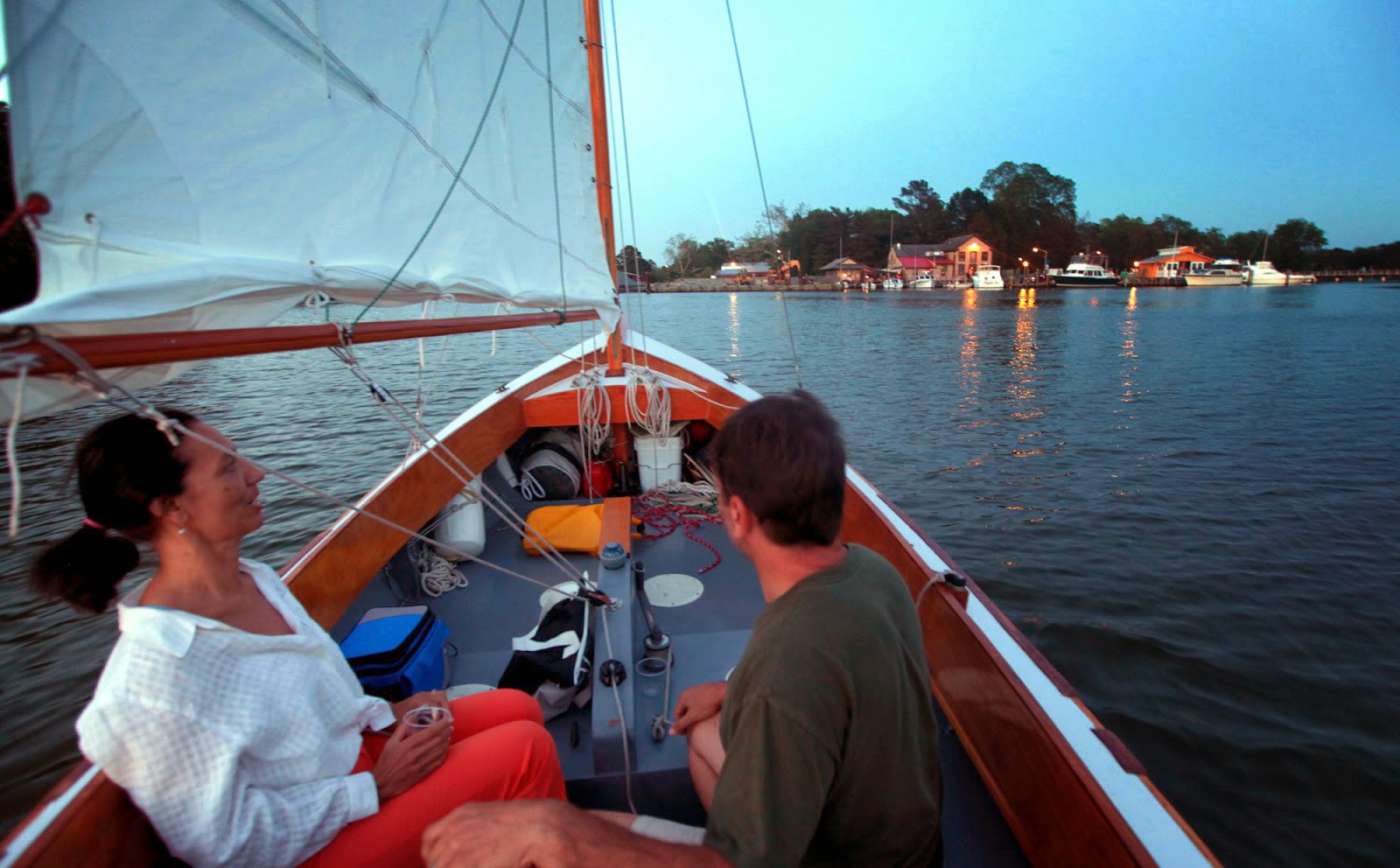 Onancock Creek.   An evening sail with a strong south wind, breezy enough to tie in a reef.  John and Maria, friends of less than a dozen hours, joined me on board Spartina.  We sailed down river towards the Chesapeake Bay, coming within sight of the bay just as the sun began to set.  We turned back towards Onancock, tacking on the narrow winding river in the muted light.  Rounding the last point and coming within sight of Onancock Wharf, Maria opened a nice bottle of white wine and we toasted new friends and a beautiful evening on the water. 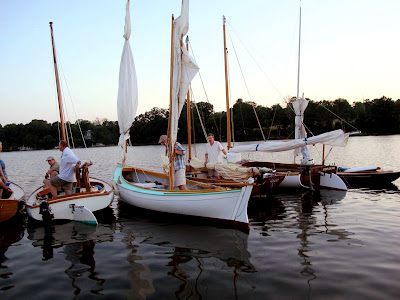 The Patuxent River.  Mike, Barry, Kevin and the rest of the Cheasapeake Float crew were out on the water.  Twelve sailors aboard 11 boats including Mike's Haven 12 1/2, Kevin's Navigator, Barry's Melonseed skiff, a sailing canoe, Crotch Island Pinky (above, center) and an O'Day daysailer.  I think I see some Marsh Cats in there too.  They launched out of Broome's Island, visited Shotterly, St. Leonards, Battle Creek and Island Creek.  Sounded like a great time.  For photos, including plastic palm trees, visit Barry's site.

I really do need to get to the western shore someday. 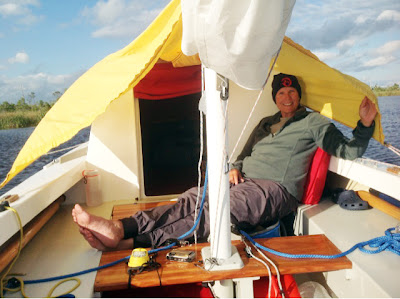 Pungo River, Alligator River, Albemarle Sound, Croatan Sound, Pamlico Sound.  Paul and Dawn sailed 261 miles in eight days aboard Dawn Patrol.  Part vacation, part exploration in advance of this fall's Watertribe Pamlico Challenge.  Dawn has down a nice daily log.  It begins here.  I read it closely, and will read it again.  I hope to be sailing some of the same water this fall.

Steve, Thanks for the link to Barry's site. I had a friend at work ask me about the small boats she saw up the river last week...now I know where to send her & I also know what they were, as I had no clue.