Everybody is going somewhere.... 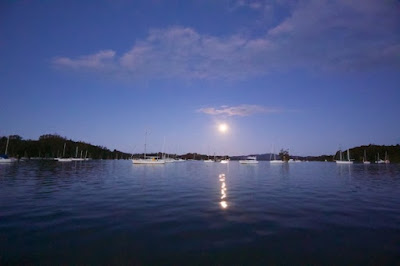 Webb Chiles is either now, or will soon be, in Opua.  He has several weeks of work, and enjoyment, readying the Moore 24 GANNET ready for the next leg of his sixth circumnavigation. 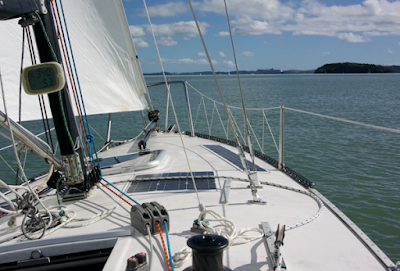 Last year he did the San Diego to New Zealand leg.  This year the plan calls for sailing from New Zealand to South Africa, a straight line distance of 9000 nautical miles.  Sailed miles will of course be much more.  As for the details, from Webb's journal....

While the decision is not final, I am thinking of entering Australia at Bundaberg in southern Queensland, even though after doing so I may sail back outside the Great Barrier Reef to near Cairns.  From Cairns to Cape York will be day sailing inside the reef.
When I sailed from Darwin to Bali in 2008, it was possible to stop at uninhabited Ashmore Reef in the Timor Sea.  I did not then, but thought I might this year.  However, I read that the reef is also used by people smugglers.  Even if it is still permitted to stop there, I don’t know that I will.
Having stopped in Bali last time, I had not realized that the distance from Darwin to Cocos is as great as it is.
From Cocos I will sail either to Mauritius or directly to South Africa.
I visited Mauritius in 1988.  It is an interesting and pretty island, but not one that I have an overwhelming desire to see again.
Sailing directly to South Africa would have the advantages of being ahead of the herd, which crowds South African harbors from November on,  and enable me to break the voyage to fly back and spend some time with Carol and watch the Cubs win the World Series, advantages that have to be counter balanced by the risk of running into a winter gale. 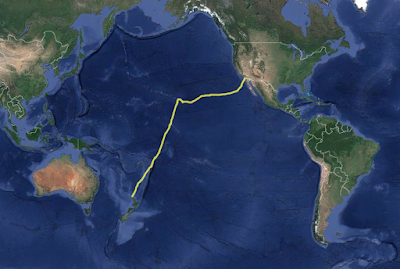 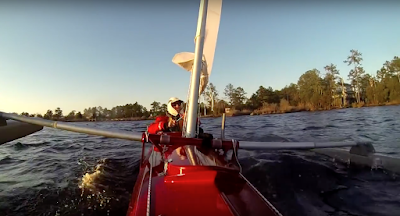 Alan is headed for Florida with the sloop-rigged decked sailing canoe that he designed and built, finishing just in time to get in some on the water practice with the new boat.  He has posted a great video here of the first time on the water, well worth watching just to see the smile on his face as the boat slips away from shore for the first time.  Alan will use the boat for the 1200 mile Ultimate Florida Challenge. 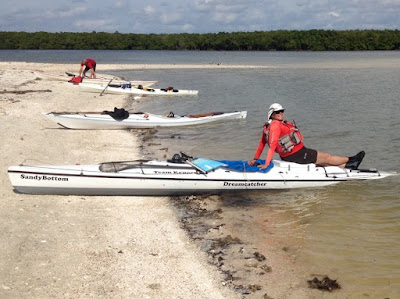 And also competing in the 1200 mile Florida circumnavigation will be Dawn, using her 17' Dreamcatcher kayak.  This will be her third UFC.  Mother and son racing around Florida, how cool is that? 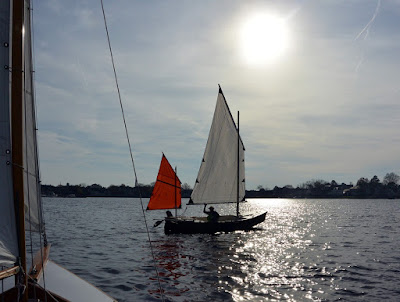 And competing for the first time in the Everglades Challenge will be friends Scott, above, and Steve, below, sailing the yawl rigged Mike's Boat, above.  They have been training all winter and their efforts are well documented on their Facebook page.

Good luck and safe voyage to all of my friends.  I'll be watching from a distance. 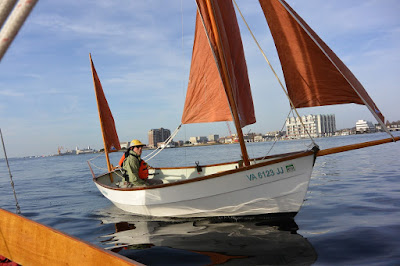 As for myself, I am not going anywhere in the short term.  I will rig Spartina on Monday so the canvas ladies can come over and take measurements for the new boom tent.  And I am ordering supplies for the spring sail, still several weeks away.  I'll be putting in at Hobucken with hopes of visiting Beaufort, Ocracoke, Belhaven, maybe Bath and/or Washington.  Can't wait. 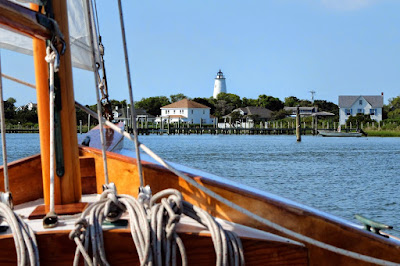