what could have been...

I had to laugh when I checked out DanceswithSandyBottom's blog today.  Paul and his wife Dawn (SandyBottom) were our sailing partners for the Tag Team 200.  And they are of course part of the article I mentioned yesterday in No. 67 issue of Small Craft Advisor.  Paul did a very nice post about the story.   I was glad to read his post - he has seen the published version, I haven't.  He put an image of the magazine cover, below, in the post. 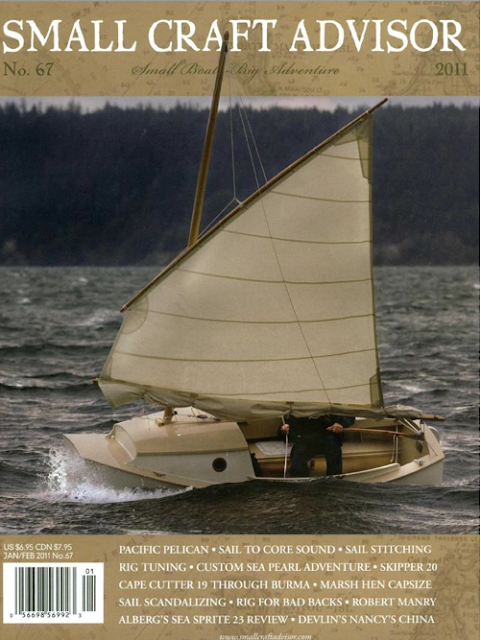 Paul also did an alternate cover, below, for the magazine with his idea of what should have been out there for all the world to see - a nice photo of Dawn Patrol.  I kind of like it.  But I can't blame SCA for putting SCAMP on the cover.  After all it, SCAMP, is the result of a collaboration between Small Craft Advisor and designer John Welsford (who also designed my Pathfinder, the Navigator and countless other great boats).
At one point the editors had told me that a photo from our trip - not sure if it was a photo of Dawn Patrol or Spartina - had a chance at making the cover.  But then the first SCAMP hit the water.  SCAMP is a great boat and that is an exciting photograph of her out on some rough water.  Oh well, maybe next time. 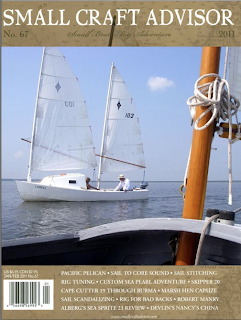 Thanks Paul for the post.  And as far as I'm concerned you have added to your resume - professor, statistician, sailor, boat builder and - now - magazine designer.  Well done.