the book of days 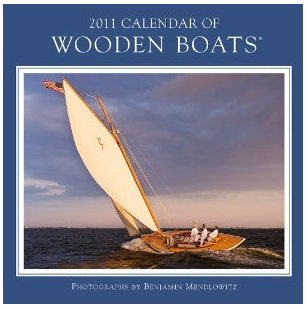 My Wooden Boats calendar arrived in the mail yesterday.  I opened it right away to "May" and marked down the proposed dates for our Spring cruise on Chesapeake Bay.  It's fun to look over the coming year and see what might be going on.
And I'll mark down some other dates too, including the fast approaching annual striper fishing trip.  I've gone out on an annual 1/2 charter with some buddies for about a decade now.  We've had some great years and some slow years.  But we've always had fun.  Below is our best trip, a limit of stripers in two hours.  Total weight of the 16 fish --  399 pounds. 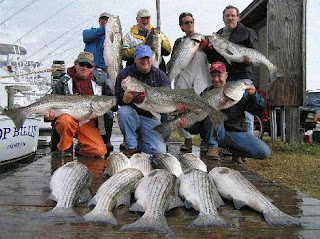 We've always fished out of Oregon Inlet in the outer banks of North Carolina.  The last couple of years we have gone down there but the fish have not.  For some reason the stripers, which had been thick in the shoals of Oregon Inlet for years, have decided to stay up north at Cape Henry near the mouth of Chesapeake Bay.  So this year we'll take a boat, the Gannet, out of Rudee Inlet in Virginia Beach. 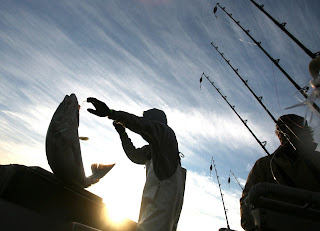 I was a guest on the Gannet a year or two ago as they fished off of Virginia Beach.  That is a nice striper going into the box, above, on that winter morning.  And there is a photo of the boat, from their website, below.  We've rented a bungalow somewhere down at the beach for the night before the trip and we'll grill some steaks, have a few beers and share some laughs.  Then we'll head out fishing the next day.  Can't wait. 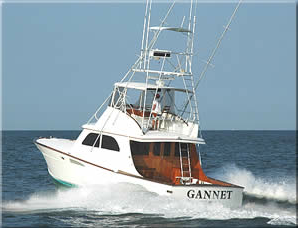 As for sailing trips, the Spring trip is on the book for late May.  Still working on the details but we'll probably go from Onancock in Virginia to somewhere between Cambridge and Chestertown in Maryland.  I'll start looking at mileage and routes sometime after the first of the year. 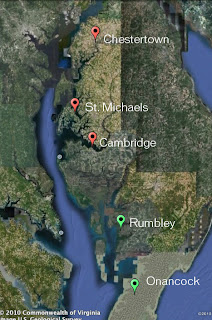 For the Fall trip Bruce and I have talked about sailing north to the top of Chesapeake Bay, starting somewhere around Cambridge and ending up at Chesapeake City, Md on the Chesapeake and Delaware Canal.  I've heard that John Welsford, designer of the Pathfinder, Navigator, Scamp and dozens of other great boats, might be at the St. Michaels Mid-Atlantic Small Craft Festival in early October.  If that is the case then we'll try to plan the fall trip with a stop in St. Michaels to say hello to John.  But all that planning is a long ways off.  Below is a nice photo Bruce shot of Spartina at the Small Craft Festival. 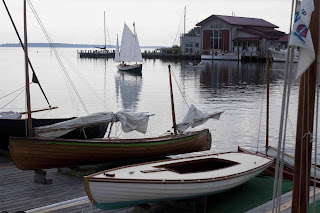 I would also like to sneak in two walkabout type trips, short trips that are four or five days long down in North Carolina.  Those would be out of my favorite marina down there, Pate Boatyard in Hobucken.  Maybe one midsummer (yeah, I know it will be hot but the fishing should be good) and maybe another in October.  An Octoberfest cruise, like that one I did with Paul and Dawn, might be a nice little tradition.
steve 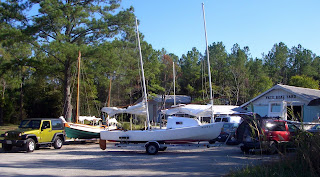 MaryLou,
Happy New Years to you and Fred!
Yes, I suspect at some point, either Spring or Fall, we'll be passing by your area, either on the Bay side or on the way up the Chester River. And we do hope to see you along the way. best wishes