I have written about Saul Leiter before.  He was a fashion photographer who was also a street photographer.  Because of a recent piece in the Washington Post I learned that there was a documentary film made about him.  (The Post story says he was "lost to obscurity" but I suspect Leiter would have smiled and said that he almost always knew where he was.) 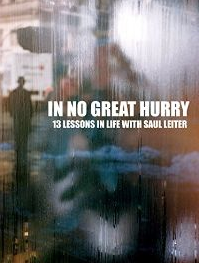 I first learned of Saul Leiter through his obituary in the New York Times where he was described as being "bemused" over the attention his images drew late in his life.  He never sought attention for his work.  He enjoyed taking photographs, often using out of date film (which caused unexpected color shifts), and showing them to friends in his apartment.  A letter inviting him to submit photographs for the Edward Steichen curated Family of Man exhibit at the Museum of Modern Art was left unopened.  Bemused is the perfect word for Leiter, just watch the trailer for the documentary and you will see. 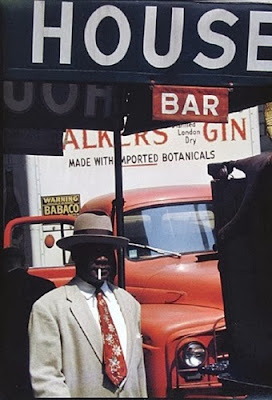 Leiter talks about people describing him as a "pioneer," and he says maybe he was, maybe he wasn't. In my opinion, with his use of simple bold colors, graphic presentation and layered imagery, yes, a pioneer without a doubt, a slightly bemused pioneer. 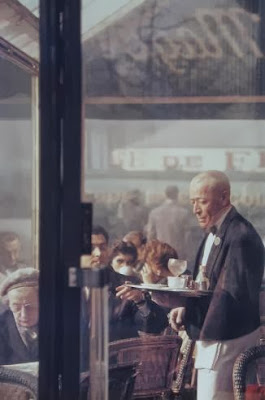 A favorite quote from the photographer, who clearly didn't take himself too seriously...

"I didn’t photograph people as an example of New York urban something or other. I don’t have a philosophy. I have a camera. I look into the camera and take pictures."