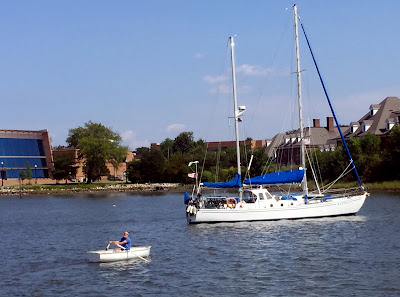 I was very pleased to see Canadian cruising friends Michael and Sheila as they visited nearby Hampton Creek on the 44' ferrocement ketch Kantala that Michael built in British Columbia.  I met them as they were anchored in Craford Bay almost exactly one year ago, they were headed north at the time and we spent an enjoyable afternoon on Kantala and the following morning sailing Spartina. 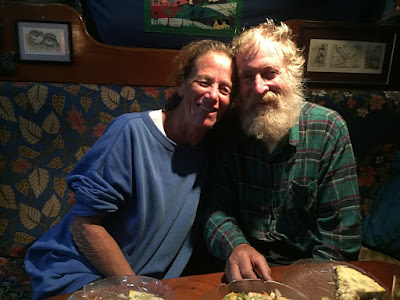 Looking back I would have been very happy to have gotten to know them during just that one weekend, never expecting to see them again.  But a few months later we had a chance meeting on a stormy day on the Wye River (photo above).  A few days later we connected in St. Michaels, and a few days after that we met for a wonderful lunch - Sheila creates wonderful meals in their closet-sized kitchen on Kantala - anchored off of Oxford (photo below). 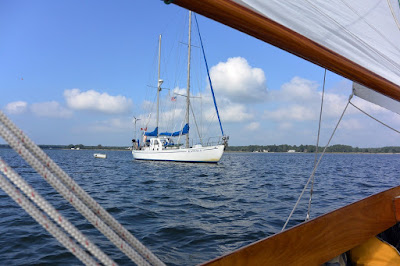 Two days ago I drove to Hampton and Michael rowed me out to Kantala where the three of us spent a couple pleasant hours talking about sailing and friends.  They will soon be casting off to head across the Atlantic to the Azores and then England.  It was 29 years ago that they left British Columbia, they could be well on their way to reaching their stated goal of the world's slowest circumnavigation. 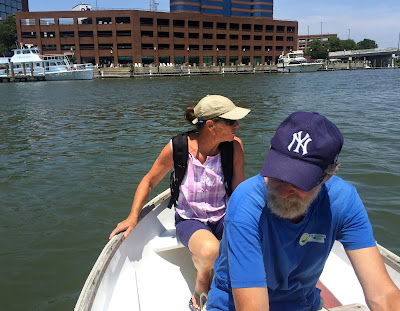 Lately I've realized that my best and truest friends are people who I have met through Spartina, Michael and Sheila (below on the Wye River) are certainly part of that group.  Will I ever see them again?  I don't know, kind of doubt it.  But our brief interactions - talking aboard Kantala, sailing on Spartina, sitting our a stormy night on the Wye River, lunches on beautiful rivers - have all been times that I will treasure. 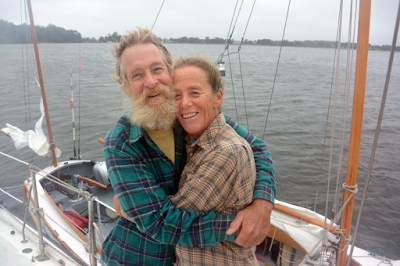