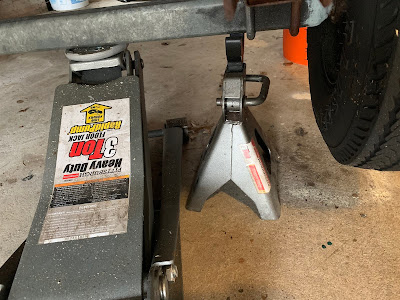 Rain a good part of the week, all day yesterday and this morning.  Not a weekend for sailing.  So I worked on the trailer.  Ahead of schedule, for once, I've got new cross frames put in place and installed repacked hubs.  So February has been mechanical month, March will be for painting. 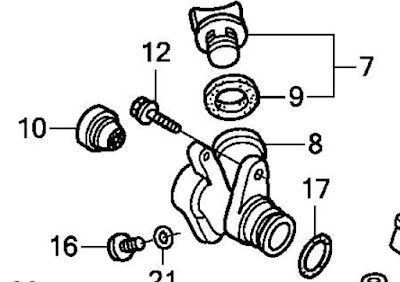 Dropped off the Honda 2.3 4-stroke outboard with my neighborhood mechanic.  He said it was in good shape expect for the oil level inspection port where the plastic outer cover was popping out of place.  That would be #10 in the view above.  I ordered just part #10, then went back and ordered the entire assembly above for just over $30 and might be easier to install than just the one piece.  In doing research I read that two years ago Honda moved the manufacturing of the 2.3 from Japan to China.  Reports are there are a lot of problems with the Chinese version.  Glad to have the older model and will try to keep it in good shape. 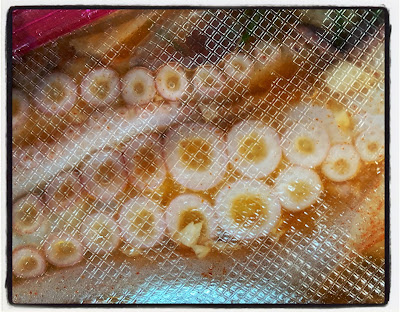 Cooking octopus sous vide this afternoon, basically putting in a vacuum bag and immersing it in heated water for a period of time, in this case 180° for four hours.  That may seem like a lot of time but Stephen, owner/chef at the Los Angeles restaurant Spartina where I had the best and most tender octopus ever, said cooking the octopus legs slowly in seasoned olive oil was the key.  We'll see.  Dinner is at 6:00.

Ugh... trailer hubs. I need to repack mine, redo the wiring, and build new bunks. Next month.. February is still painting month!

How did the octupii turn out?