forecast, tomorrow and the weekend

The forecast for tomorrow: hot, humid, winds six to ten, chance of thunder storms.  Summer is here.  I'll be out sailing 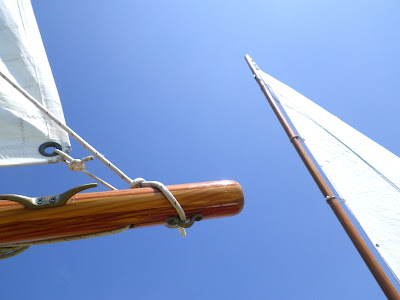 The forecast for next Friday:  Tropical Storm Beryl should be out in the Atlantic, well west of Cape Cod when we'll be boarding the Picton Castle.  I don't expect the storm will be a problem.
Beryl is an unusual storm, heading west right now and then turning northeast, in a year already considered unusual for tropical storms.  Two storms have already developed and it is only May.  What will the rest of the season be like? 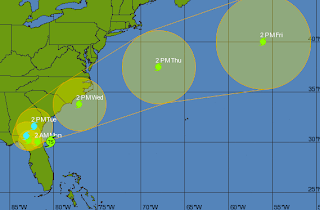 Here is another photograph of the Picton Castle.  The more I read about her, the more I look forward to the sail.  I'm in the middle of filling out medical forms, waivers and agreements to fax to the ship's office.  I need to start thinking about packing.  There is a list of gear that includes everything from clothes to blankets to foul weather gear and boots.  But I can only carry so much on the flight to Martha's Vineyard.  And I want to take some camera gear and a laptop too. 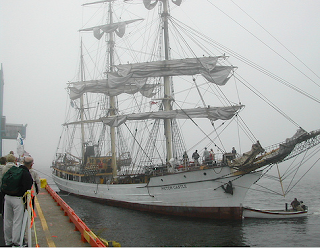 I was surprised - shocked really - when I measured the straight line distance from Cape Cod to the mouth of Chesapeake Bay.  It is only 430 miles.  I had expected it to be much more.  But regardless of miles, it'll be six days out on the Atlantic.  Hopefully with the tropical storm long gone. 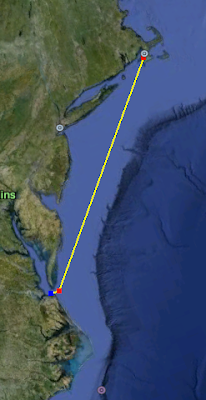 When you're about 215 miles into the trip, look west and yell hello.