one hundred and one years ago

"Friday, November 29th.  Comes clear as a bell and mighty cold. Henry showed mighty little enthusiasm about bailing launch.  Boat pretty well iced up, and 100 yds. up creek was my good old enemy, new ice.  Away by nine with dead calm and launch tucked astern.  The sun got up and such a change.  Off mitties and mufflers, coats and even jackets......Out of the North River and out into Albemarle Sound so dazzling bright in that southern sun." 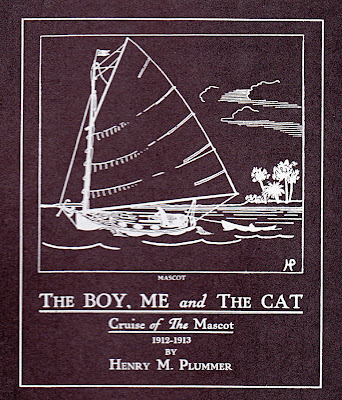 It was colder on this date in 1912 when Nenry M. Plummer and his son Henry Jr. left the North River, at the southern end of the Albemarle and Chesapeake Canal which passes near my home, and entered the Albemarle Sound.  We have no ice today, only a hard frost which is burning off with the rising sun.

There is the possibility of sailing this weekend.  Yesterday the forecast showed temperatures in the low 50's, light winds and sunshine for Sunday.  Now it shows a chance of rain in the early morning and then clouds.  I will wait and see, but it there is a chance for a sail I will take it.  Almost no wind in the forecast, but anchoring out with some sun, a sandwich and the nfl on the radio sounds like a nice way to begin the last month of the year. 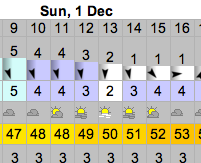 Three days before entering Albemarle Sound in the book "The Boy, Me and The Cat, Cruise of The Mascot," Plummer entered the Albemarle and Chesapeake Canal, which he described as launching the boat and crew "into Dixie waters."  I have read the book, republished by the Catboat Association, many times, but never noticed the use of the canal as a demarcation line between the north and "dixie."  I like that. 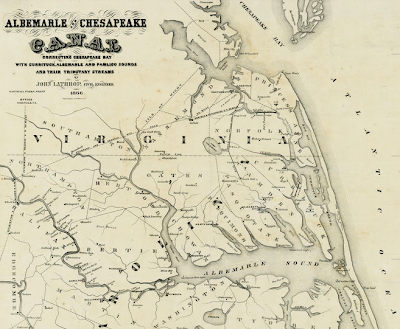 The book is the story of father and son sailing a cat boat from Marion, Massachusetts and back in 1912-13.  After completing the journey, Plummer wrote, illustrated, mimeographed and stitched together with fishing line 700 copies of the book, which were sold at a subscription price of $1.00.  It is available through the Catboat Association for a little bit more than that.  The book is well worth reading.

Because of work schedules, both mine and the oldest daughter's, we are celebrating the holiday today.  Willie Bird smoked turkey, scalloped potatoes, blistered green beans and sausage/artichoke/homemade crouton/parmesan dressing.  All of that will be followed by an apple crostata with crystallized ginger, which is being assembled in the kitchen by the wife as I type.

Thankful for your posts in this cold almost sail-less (for me) year.

Have a Happy Thanksgiving with your family.

Same to you Jim. I need to make it to Manteo by boat next year.

I'll have a cold beer waiting for you on Papoose as restitution for my poor "ice cold beer tasting being held just 3 miles from you" joke when you pulled into Peter Mashoe's Creek.