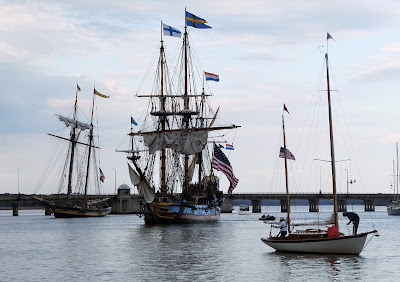 What can I say?  Sultana's Downrigging Weekend was a real treat.  Drove up Friday morning in a light rain, rigged Spartina as the skies were clearing and then sailed with the tall ships for the next couple of days.  Saw a lot of friends, met a couple of Pathfinder builders and enjoyed the hospitality of the schooner Virginia. (As weekend organizer Drew McMullen asked, "Just because you're from Virginia does that mean you get berthing rights on the Virginia?"  Apparently so.) 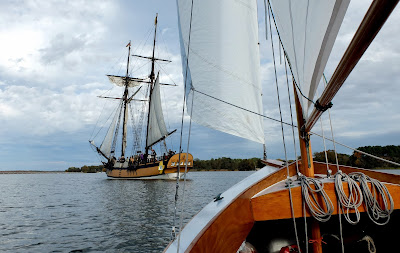 My thanks go out to Drew for inviting Spartina to take part, to Captain Hank Mosely for offering a berth on Virginia, to friends Mary Lou and Fred who have helped out many times over the years, to Seth for keeping an eye on Spartina, to the crews of the tall ships who were are friendly and welcoming, and to all the people who dropped by Spartina to say hello. 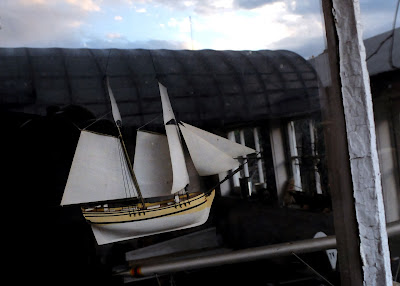 A special treat was a visit from the original crew of Spartina, my daughters who came in from Richmond, Virginia and Hagerstown, Maryland.  We enjoyed a fantastic sail with the tall ships, plates covered with oysters salty and sweet, the potluck dinner with captains and crew and an evening watching the fireworks in a light rain.  Yes, it was a great weekend. 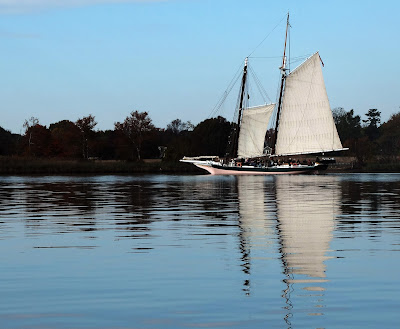 I am not, and will certainly never be accused of being, a social sailor.  When I see a crowd I push the tiller over and head in the opposite direction.  But Drew has created a very comfortable atmosphere for the festival, very low keyed and relaxed.

When first invited to the event a couple of years ago I said don't expect me to sit at the docks all day talking about boats, I'll be out sailing.  Fine, Drew told me, have a good time.

And that's just what we did.  Thank you, Drew. 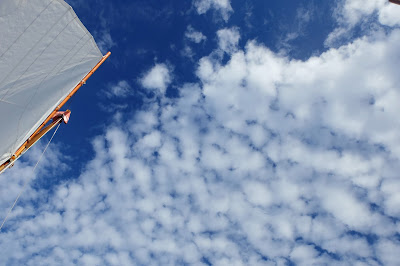 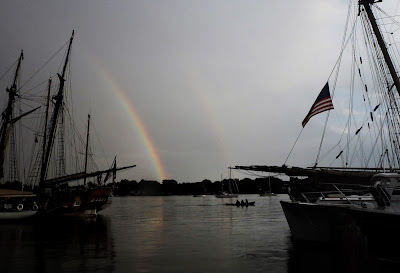 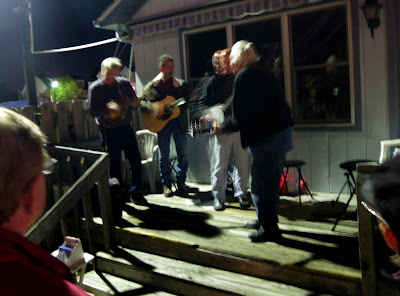 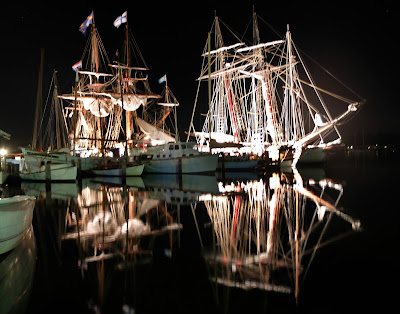 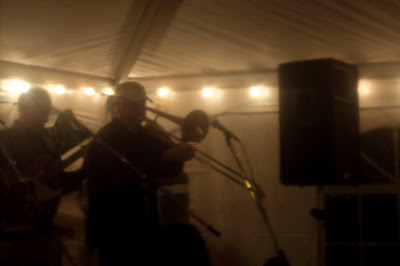 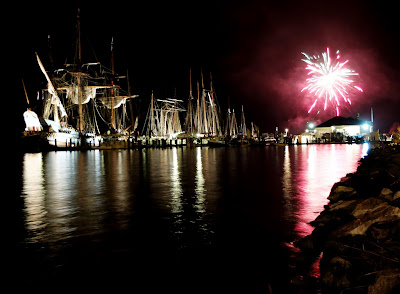 Sitting here feeling sorry for myself for having, once again, missed the downrigging weekend. I'm thankful for you, Steve, for being there on my behalf, and knowing full well what this whole celebration means to me and my brothers.

Yer killin' me here. Man, I wish I coulda made it up there. Looks like it was a good `un.

That ketch in the first pic certainly is lovely.

Just found your blog and am again sorry not to have had a chance to meet you at Downrigging. I admired Spartina very much there. I am the owner of the H28 ketch Gwylan, who appears in two of your great photos here. Hope you don't mind, I put them on my Facebook page (with full attribution to you and a link and recommendation to your blog). People think I'm adventurous for doing the trips I do in Gwylan - but your journeys are really remarkable!

good to hear from you. Beautiful boat. The girls and I enjoyed sharing the river with a classic. You are welcome to use the photos, and thanks for the links. Maybe we'll see you next year in Chestertown.