bemused, bothered and at most slightly pleased

The title of this post is how the New York Times describes street photographer Saul Leiter's reaction to the attention his photographs received late in his life.  I had never heard of Mr. Leiter until I read his obituary in the Times yesterday.  That I, along with most of the general public, was unaware of Leiter and his work, would have suited him just fine. 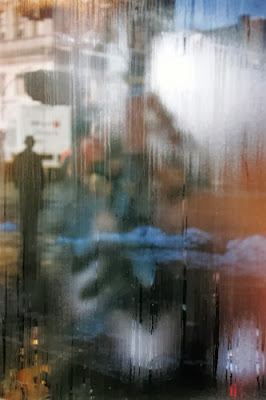 The Times groups Leiter with well known New York photographers Weegee, Richard Avedon and Diane Arbus, and he does certainly belongs there.  But he never sought nor received attention for his work.  He was content to show slides of his work, much of it shot on out of date Kodachrome film, to friends in his apartment.  An invitation to submit photographs for The Family of Man, an ambitious attempt to explore the human condition through photographs, was declined. 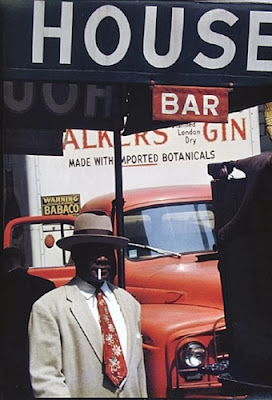 Leiter made his living as a fashion photographer, but his life and passion were these moments captured on the streets.  The photographs, with subtle and delicate colors, are richly composed, layered images that strike me as being anonymous and yet very personal. 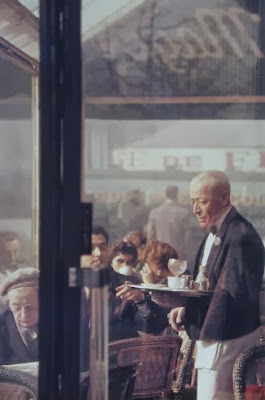 The Times story contains a link to an interview Leiter did for Photographers Speak.  I will include a few of my favorite comments from the interview below.  It is well worth reading the entire interview.

"I never felt the need to do what everyone else did. And I wasn’t troubled by the fact that other people were doing other things."

"It’s quite possible that my work represents a search for beauty in the most prosaic and ordinary places. One doesn’t have to be in some faraway dreamland in order to find beauty. I realize that the search for beauty is not highly popular these days. Agony, misery and wretchedness, now these are worth perusing."

"I didn’t photograph people as an example of New York urban something or other. I don’t have a philosophy. I have a camera. I look into the camera and take pictures."

I admire Leiter not just for his images, but for being an artist whose life and art are indistinguishable from each other.  Walking the streets with a camera in hand was just as crucial to living as was breathing.  He had to record these images, not for the money and not for the fame, but simply to satisfy his own need to create.  And that sort of compulsion creates the most beautiful art.