the first, the last 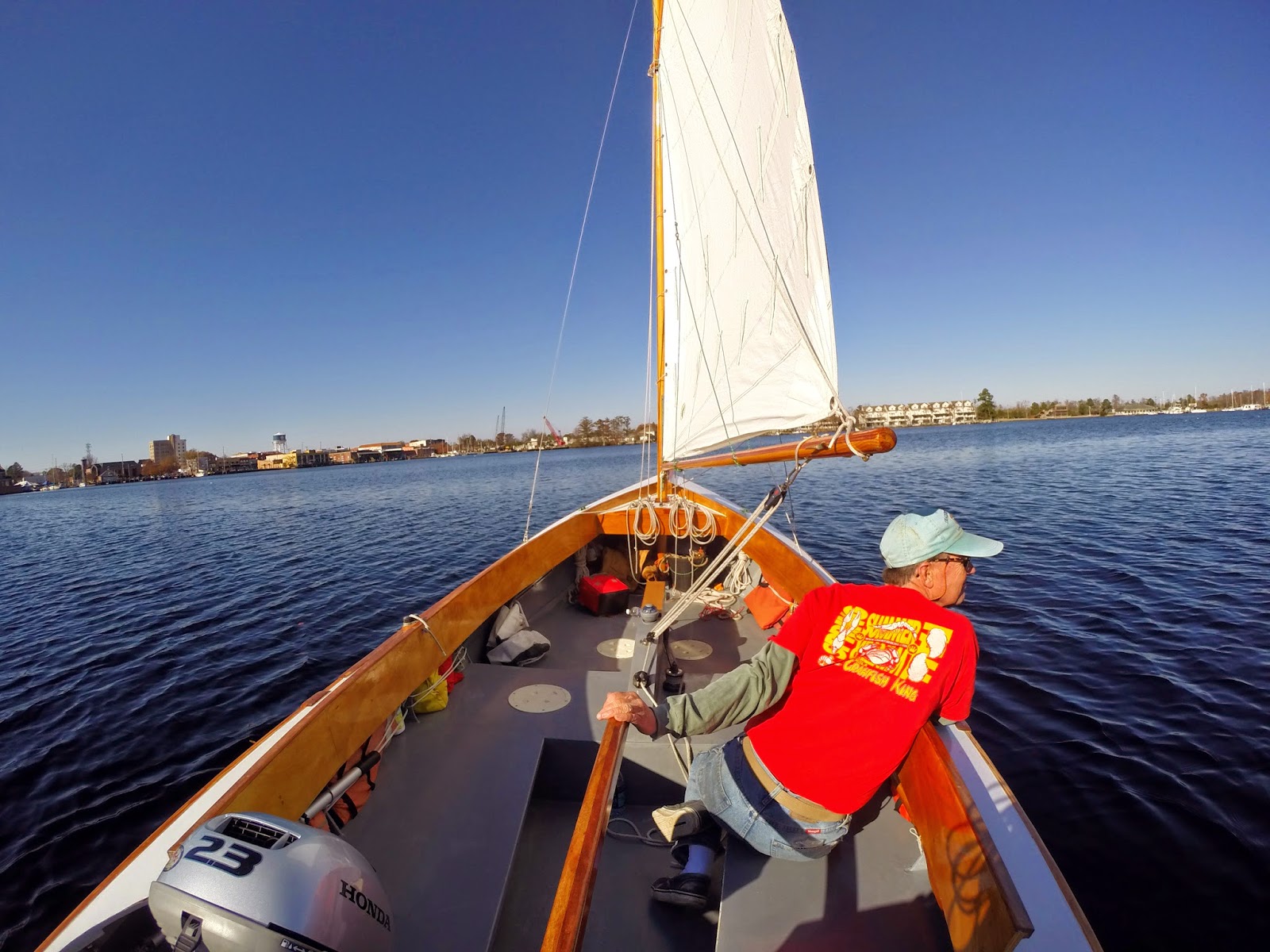 It was a wonderful day on the water.  My first December sail, my last sail for year.  I could not have asked for a better day. 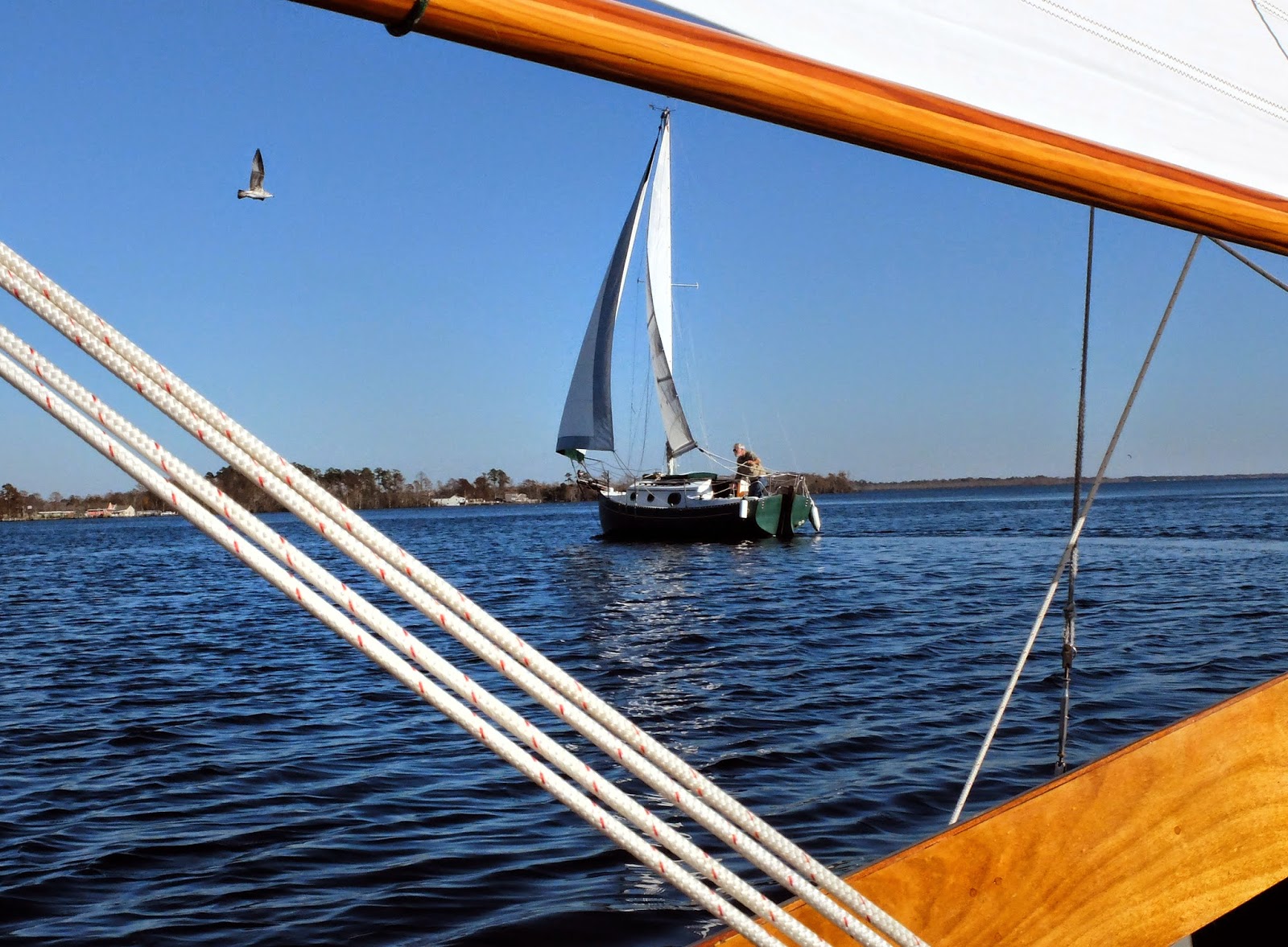 Since my local ramps are blocked, one due to maintenance and the other for unknown reasons, I drove south to Elizabeth City just across the North Carolina line.  It was a nostalgic trip for me.  Elizabeth City is where I kept the first Spartina, a Devlin-designed Nancy's China, there at the old Elizabeth City Shipyard in the late 1980s, before kids, before a mortgage and before work seemed to get more and more complicated. I have sailed the new Spartina down there a few times, twice to begin cruises (here and here) and a couple of times to sail down to Albermarle Sound and back.  But this was the first time I spent a lazy day just tacking back and forth on the waterfront.  I was pleased to find I still recalled the wind shifts behind the buildings on shore, the same wind shifts I used to sail 25 years ago. 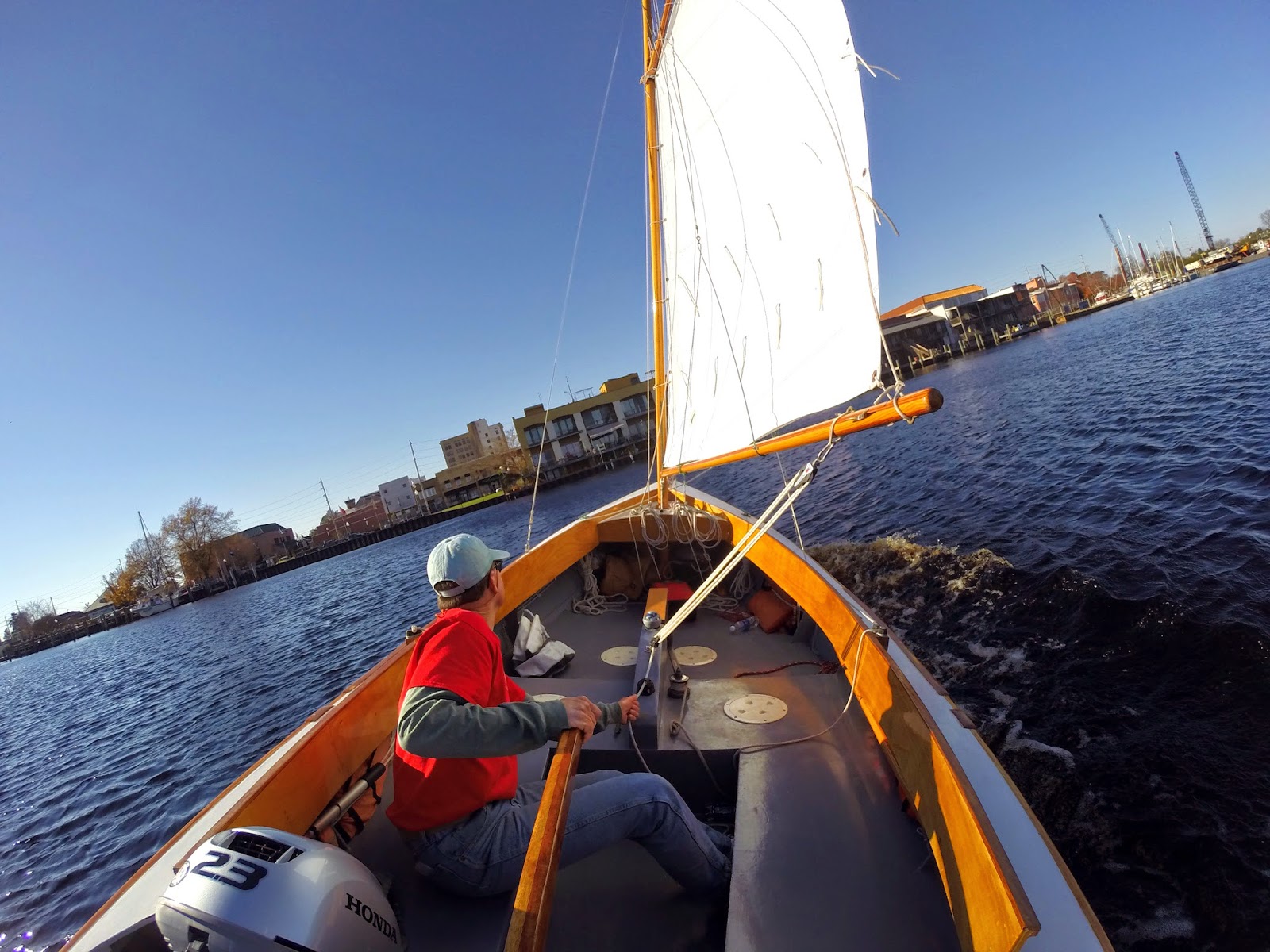 I put in at the nice public ramp on Charles Creek, the wind feeling stronger and more out of the west than expected.  We cast off and headed down the Pasquotank River, past Cottage Point and Hospital Point, then ducking into the lee of Cobb Point as the wind picked up even more.  Reefed and then double reefed, we sailed across the river to an open bay, dropped anchor for a nice relaxing lunch.  Then back to Cottage Point to tie up at a dock to see my friend Millie. 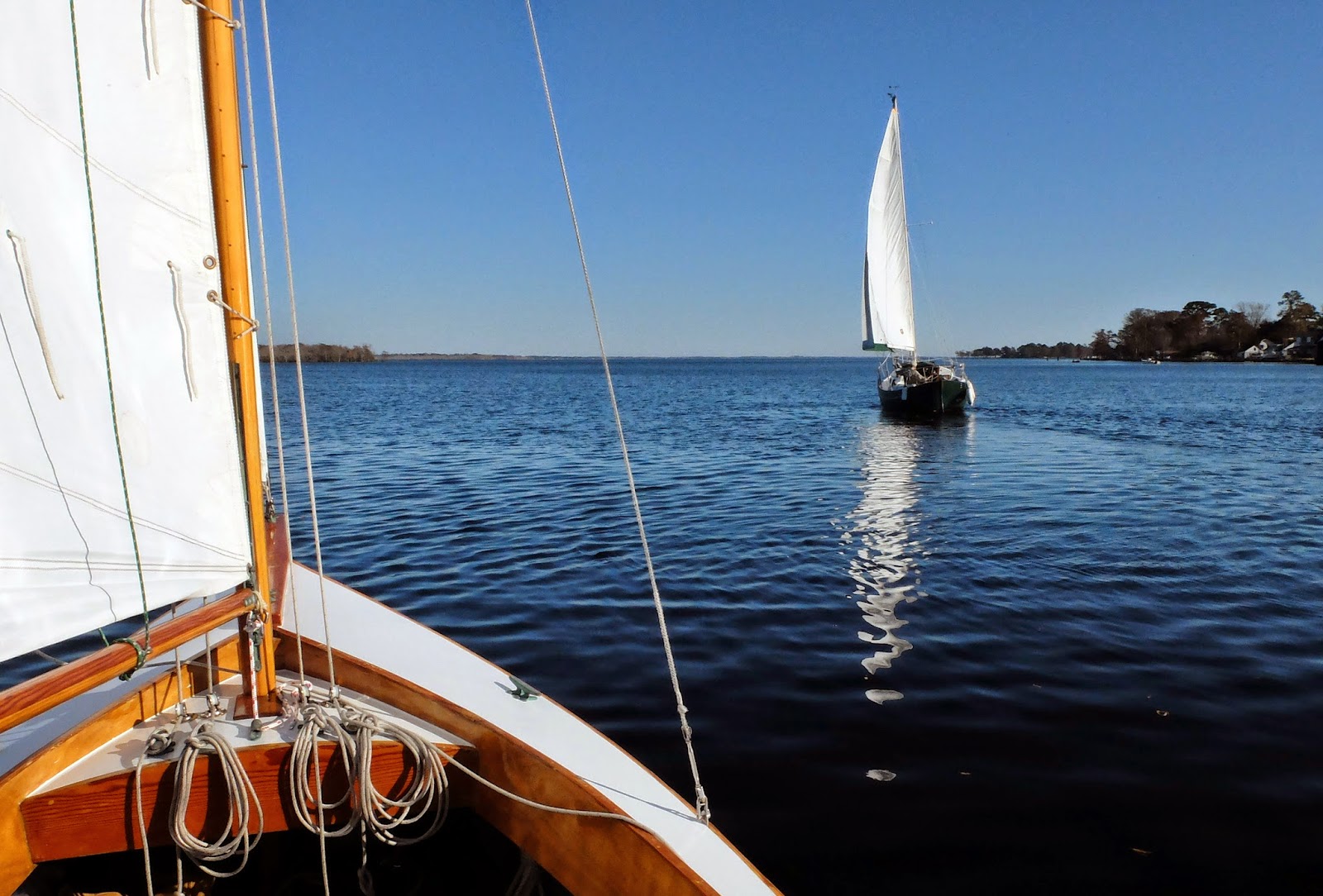 Back on the water by early afternoon the wind had swung to the southwest and the gusts disappeared.  Tacking back and forth I was joined by Mike in his Flicka "Virago."  I've always loved the Flicka design, I've seen the boats tied to dock but never under sail.  It was a treat to finally sail alongside one. The December sail was perfect.  Somebody said it was 70 degrees, maybe better.  Friendly conversations on the waterfront, from the couple walking their dog to the two fisherman - one who had caught his limit of stripers over the weekend and the other who was skunked.  A young boy ran along the docks as I sailed by shouting that he really liked my boat.  And at the sub shop where I stopped for dinner on the way home the young man behind the counter called me "Brother" as in "How's your day, Brother?" and "What you need today, Brother?" and "You have a good evening, Brother."  Home by dark, the warm southwest wind still blowing.

It has been a great year on the water.  A memorable cruise to Ocracoke and back in the spring, a delightful fall sail on Chesapeake Bay and I don't know how many day sails on the Elizabeth River.  If a season has to end, I can imagine no better way to end it.

" A young boy ran along the docks as I sailed by shouting that he really liked my boat." An thus sparks the dreams of new sailor.

Hospital Pt is where I learned to sail.

I was a student at COA and it was in the old hospital building.

After taking the sailing course, all you had to do was present your student ID card, swim out to any of the school's boats on the moorings at Hospital Point. I did this every chance I could. I especially loved it in a fog because I could pretend to be anywhere else in the world.

This took me back a few decades to single handing the "Gray Ghost", a very old european 33' by 3.5' wooden race boat donated to the school. I had not thought of her or those times in years. Thanks Brother.

my friend Millie lives in the apartment building that was once the hospital and then the college. She has arranged permission for me to tie up at the dock there, the one framed by the cypress trees in the earlier post. I think I will be doing more sailing down in Elizabeth City next year.