fish on, and a call from Dawn

My cell phone rang just after 6 a.m. as a buddy and I were driving to the docks in Virginia Beach.  It was Dawn, she sounded a bit tired.  SandyBottom said she paddled until about 1:30 last night before turing off her spot for a little while to do some stealth camping.  She got some sleep, she said, but not nearly enough.
The best paddling started late in the evening when the headwinds finally dropped.  She made good time and ended up about 10 miles for CP 1. 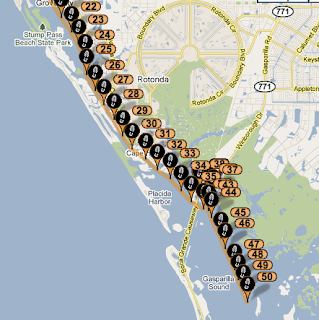 Dawn's plan for the day was to paddle until mid-day and then take a break, catch up on her rest.  She knew it was going to be hard paddling again today and she wanted to maintain her energy level, so she wasn't going to battle it out hard with the wind all day.  (Dawn's expectation on wind was confirmed by an email for Floatsome who said Kristen found the winds horrible and was "sitting it out.")
It does look like Dawn made it to CP 1 before the deadline and is now in Gasparilla Sound paddling.  Meanwhile Paul and Alan on Dawn Patrol have gone inside the barrier island and are now in Pine Island Sound tacking into the wind.  Below is the current wind map for the area. 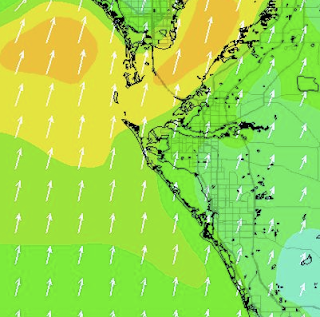 As for the fishing, it was great.  There are a couple of buddies, Jack and John, with fish on the line.  Once we found the fish it took only 30 minutes to bring in our limit (16 fish, two for each person on board.) 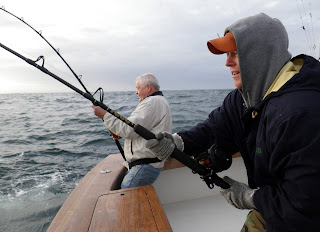 And they were good sized stripers, the largest going 50-some pounds.  The smallest were 20 pounds.
Guess what is for dinner tonight. 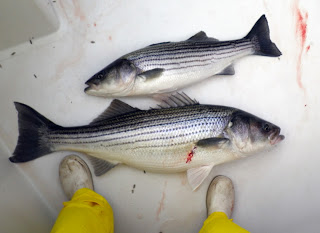 Nice work with the fish!

I got into the mapper a few minutes, and Dawn is still holding at Bokeelia.

Floatsome (not really KiwiBird, just signed into her account)