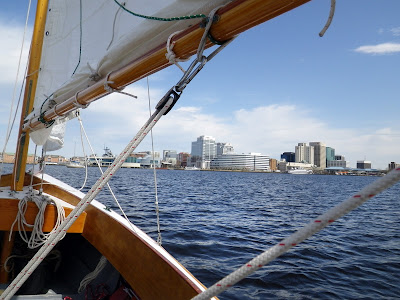 Spring arrived, unofficially, in the mid-Atlantic about 12:30 this afternoon when a warm gust of wind out of the west seemed to blow away the clouds and Spartina sailed comfortably downwind under a single reefed main.  Blue skies and warm sunshine, plenty of wind.  It was great. 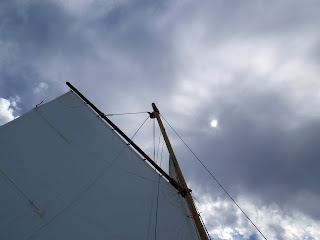 Much of the late morning was overcast.  Warm, but grey.  And with a little more wind than I'm ready for on the first day of the season.  I started sailing under mizzen and jib only, then raised the reefed main and felt right at home.
Rigging the boat was a little clunky.  I had forgotten the order of all the little details.  But I got it done with a lot of "oh yeah, that's next" and it started to all feel familiar. 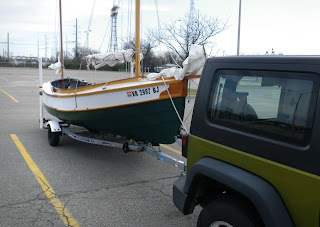 The outboard ran great (thanks Jim!) until is sputtered to a stop and then I remembered checking the fuel was one of those things I was supposed to do at the ramp (d'oh..).  "Oh yeah, check the fuel", proving once again that the weakest thing on the boat is the guy at the tiller. 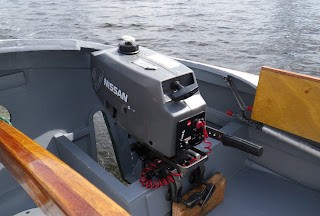 Tried out the new Pentax Optio W90 with mixed results.  All the photos in the post are from the camera and they are all fine except the one below.  That one, well over-exposed, was shot in the interval shooting mode.  You set the interval, in this case two minutes, the camera goes to sleep, wakes up every two minutes, shoots a photograph and goes back to sleep.  What I found was the waking up and shooting happened so quickly that the image was captured before the camera meter had time to adjust to the brightness.  When I manually shot the same image, with the camera being awake to start with, it was fine.  But in interval mode all the full daylight images were overexposed.  I'll contact the Pentax people and see what they have to say.  (I was trying to do an interval shoot of the entire sailing day, including the drive to the ramp and rigging, but technically it wasn't working out - evidenced by this photo on the drive to the ramp.) 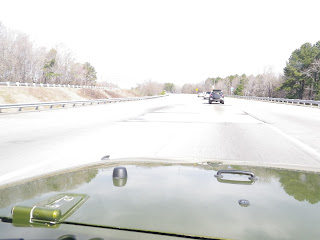 And then home in time to wash the boat, put the gear away and cook dinner.  A pretty nice first day of spring (even if it is not spring according to the calendar.)
steve 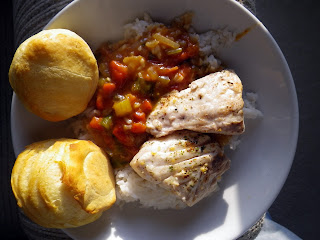 I'd love some counsel on the Optio. I've not been pleased with what I get from mine, but I'm sure it's the person pushing the buttons.

it was my first time out, so I've got some learning to do. I've emailed pentax about the interval problem. Otherwise I'm happy with the camera (so far).
I enjoyed your reports, appreciated your insights as a veteran of the EC.

What is this, a food blog?