day five - down the canal

After a great night in Dixon Creek we awoke to grey skies and wind out of the north. We packed up the boat, the usual morning routine. Bruce put his sleeping bag in a stuff sack and that went into his waterproof duffel for the day. More than halfway through the trip and the boat was clean (we had sponged it out several times with all the brief rain showers we had gone through) and our gear was dry.

Wind out of the north made for an excellent southbound sail down Goose Creek and onto the ICW. For a short while tall trees on the east side of the canal blocked our wind near Longneck Point, but otherwise we had a great downwind run on the protected water. I tracked our progress on the charts and was surprised to see how quickly we were moving through the canal. 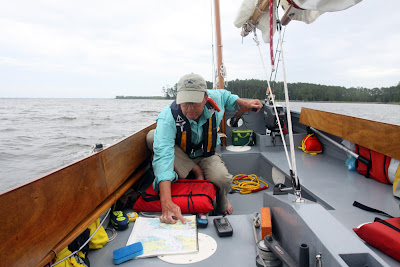 We travled maybe seven or eight miles on the canal. A few northbound power boats passed us, most were nice enough to slow down to minimize their wake for us. The canal was a pretty stretch of water, much less developed than the ICW near Beaufort that we had traversed a couple of years earlier. 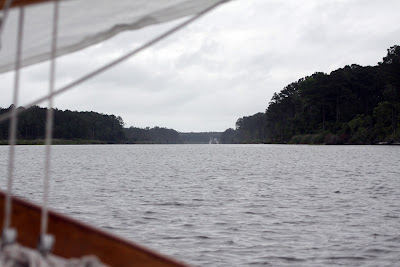 We passed the Hobucken Coast Guard Station and an old seafood processing plant. A couple of shrimp boats were tied up there, but I don't think the plant was active. A handful of people were fishing off the old dock. We felt like we had stepped back in time. 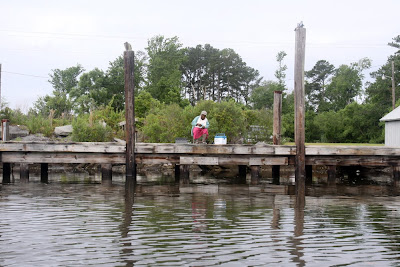 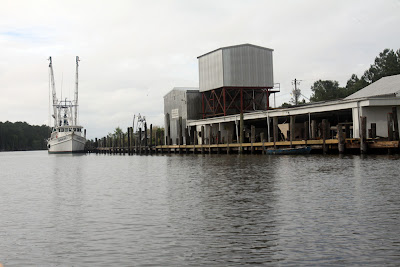 It was only 9 a.m. when we entered Gale Creek at the southern end of the canal, with the wind out of the north we had made much better time than expected down the canal. Crabbers were working their pots along the shores of the creek.

After beating into the wind for hours the day before it was nice to have some easy sailing. 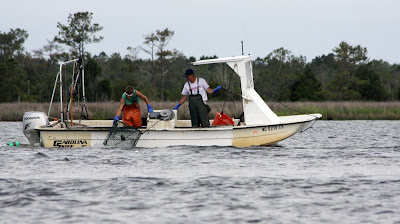 I've been loyally following along! It looks like y'all are having a ball. I'm starting to scrounge up materials for my eventual build of the Pathfinder.

Thanks for following the trip, we did have a great time. Got two more days to write up, then we start planning the next trip.