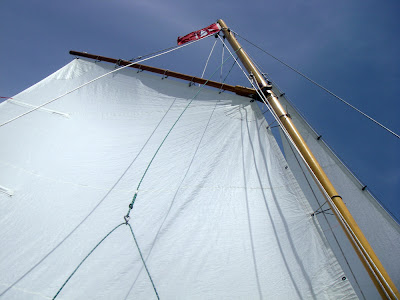 That wind kept up all day. We were both tired from the hours beating into the waves. Bruce was so focused on sailing close to the wind he did not realize where we were. I was up forward navigating with the gps. "We've got to make it on this tack" he told me. "Make what? I asked. "The entrance to the the canal!"  I looked at Bruce and saw he was worn out after hours of beating in to the wind, concentrating only on the boat, the wind, the sails. "We are in the canal already". He looked to port, saw the shoreline falling away to the east, looked to starboard and saw Reed Hammock on the stern quarter. He shook his head and kept on sailing. I could not tell if he was confused or relieved, or maybe both. 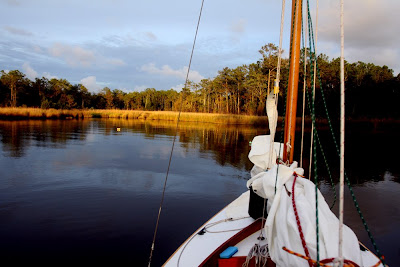 We followed the markers, green signs on posts and red floating buoys, down Goose Creek for a couple of miles. At red marker No. 9 we dropped sails and started the motor. To the east was a wall of trees covered in Spanish moss. As we approached an opening appeared and we followed a narrow creek up to a pool of water that split off in two different directions. Dixon Creek. Green cord grass, pine trees and glassy calm water. We dropped anchor, sat back and said nothing for a while. 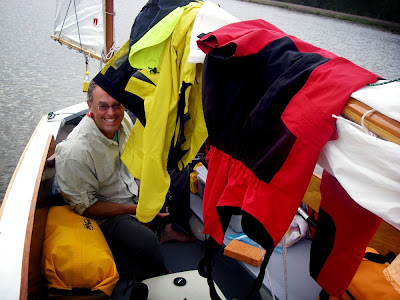 Eventually, after a dinner of canned tuna fish salad and fig newtons (which should have been lunch if we had had time to eat it) our energy and smiles returned. We sponged out the boat and dried our foul weather gear on the boom. We felt good about our day. "Now that was sailing" Bruce said. 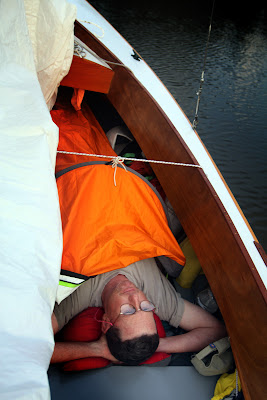 As the sun began to set, fish jumped in the little cove, birds flew and fireflies glowed in the trees. The wind may still have been howling, but we were hidden from it all. With an anchor light on the mizzen boom we both drifted off to sleep. 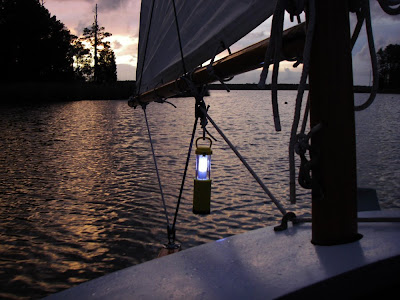